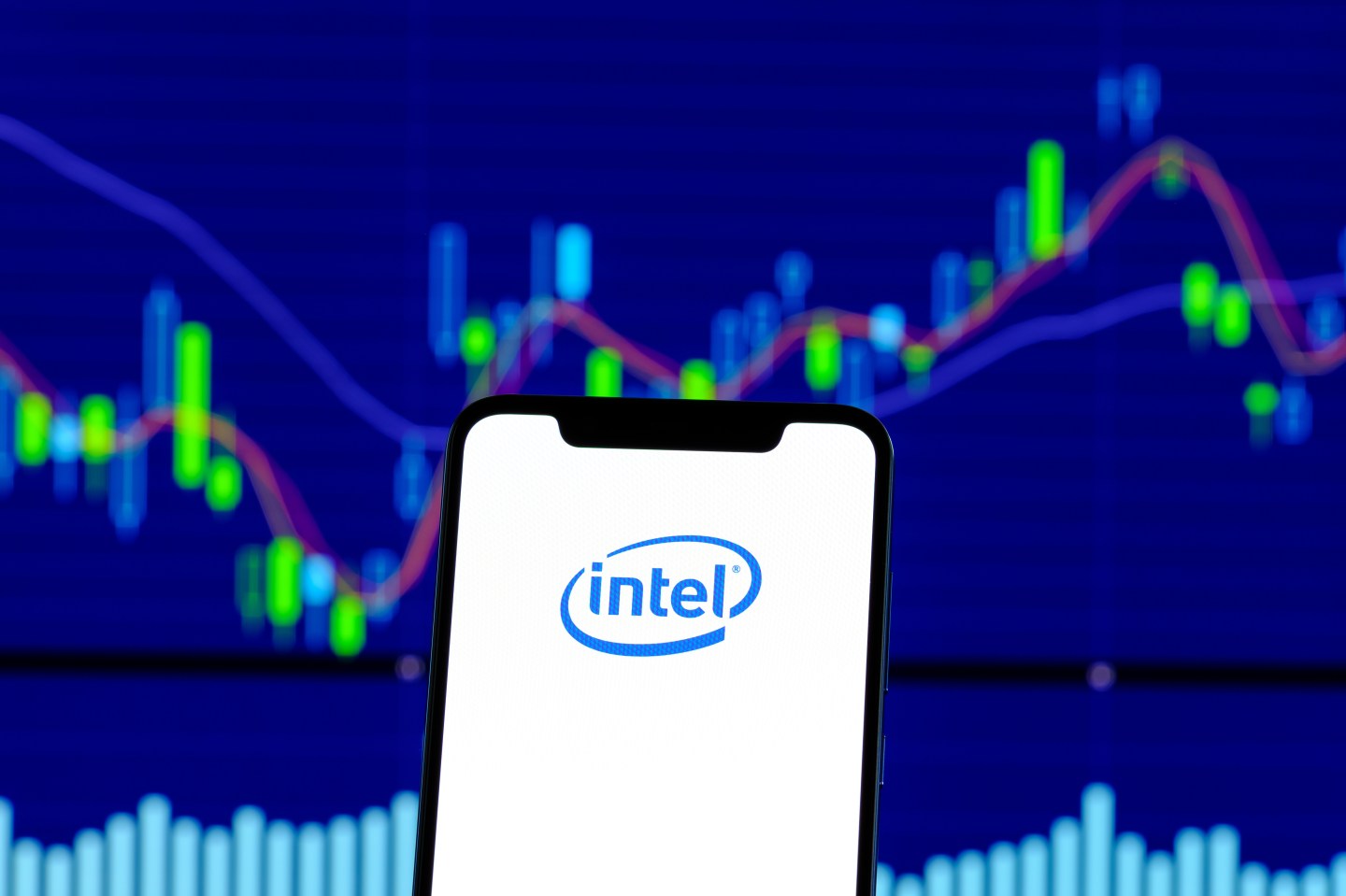 China’s new tech board soared 140% on its first day in a rally that created at least three new billionaires—but largely excluded foreign investors from its list of beneficiaries.

In particular, Intel’s venture capital subsidiary Intel Capital, paid $175.1 million for what is now a 9% stake in a fellow chipmaker, Montage Technology, according to filings with the Shanghai Stock Exchange. That stake is now worth $1.1 billion after shares of the Shanghai-based company jumped 206% between its first day of trading and Wednesday, valuing the company around $12.5 billion—representing a return of 528% for Intel.

It’s not the first time Montage has paid off for Intel. Prior to owning its current stake, Intel had bought shares in the company for an unspecified price, and later sold off its stake in Montage for about $44.4 million in cash. The first investment came during the Shanghai-based firm’s Series B round in 2007. Intel sold a portion of that stake for $10 a share during Montage’s IPO in 2013, netting about $2.5 million pre-expenses.

A year later, Intel was paid an estimated $41.9 million for its remaining stake in the company when Montage was taken private just over a year later by a consortium: Chinese government-backed Shanghai Pudong Science and Technology Investment Co., as well as China Electronics Corporation(the prices was $22.60 a share or $693 million for the whole company).

There are some restrictions, however. Under the terms of the new IPO on the STAR Market, Intel cannot sell its Montage stake for at least three years. And in the meantime, it’s likely the stake will weather volatility that has come to define mainland Chinese equity markets.

“The iPhone maker will get the rights to all of Intel’s intellectual property around modems, as well as some 2,200 new employees, along with all of their offices and equipment. Intel was the sole supplier of modems for last year’s iPhones, but Apple didn’t buy the business to supply the next few years of iPhone upgrades. It already struck a new, multi-year deal with Qualcomm for modem chips in April. Instead, the purchase will allow Apple to develop its own modem technology, gradually, over the next few years.

That’s a long-term win for Apple that’s consistent with the company’s long-time strategy to “own and control” the primary technologies inside its products. The strategy was publicly set out by Apple’s late CEO Steve Jobs back in 2004 and repeated by current CEO Tim Cook about 10 years ago. As one example, Apple bought mobile chip designer P.A. Semi in 2008 and started making its own processor chips for the iPhone in 2010.

Analysts agreed it would take several years of significant effort for Apple to develop its own modem chips, based on Intel’s efforts, that would equal or exceed Qualcomm’s products. “I don’t see these assets translating into anything that has the chance to challenge Qualcomm for three to five years,” says Patrick Moorhead, a semiconductor industry analyst and president of Moor Insights & Strategy.

The deal isn’t much of a loss for Qualcomm, at least for the next few years, though.”

Housekeeping: While Polina is out, please send deals to Lucinda.shen@fortune.com.

The Plan to Save Truckers’ and Miners’ Pensions Is Running Out of Time. Swell shuts down. Nubank to be valued at over $10 billion. Carlyle said to cash out of China Literature stake. Nike weighs sale of Hurley. How Jeff Epstein used the Victoria’s Secret billionaire. Juul developer targets China. U.S. GDP slows. SoftBank’s new $108 billion AI fund. Barneys in search of a buyer. Dish Network said to reach deal with T-Mobile, Sprint.

- Standard Cognition, a San Francisco-based maker of autonomous checkout technology, raised $35 million in Series B funding. EQT Ventures led the round, and was joined by investors including Initialized Capital, CRV, and Y Combinator.

- Brainly, a Krakow, Poland-based peer-to-peer learning platform, raised $30 million in funding. Naspers, led the round and was joined by investors including Runa Capital and Manta Ray.

-A consortium led the round by Clearsky invested in Altamira Technologies, a McLean, Va.-based provider of analytics and engineering solutions to the U.S. defense community. Other investors included McNally and Nio Advisors. Financial terms weren't disclosed.

-Zambon plans to acquire Breath Therapeutics, a Menlo Park, Calif.-based firm focused on rare respiratory diseases, for as much as €500 million ($559 million) from Sofinnova Partners.