How Marvel Is Betting Big on Disney+ in Phase Four 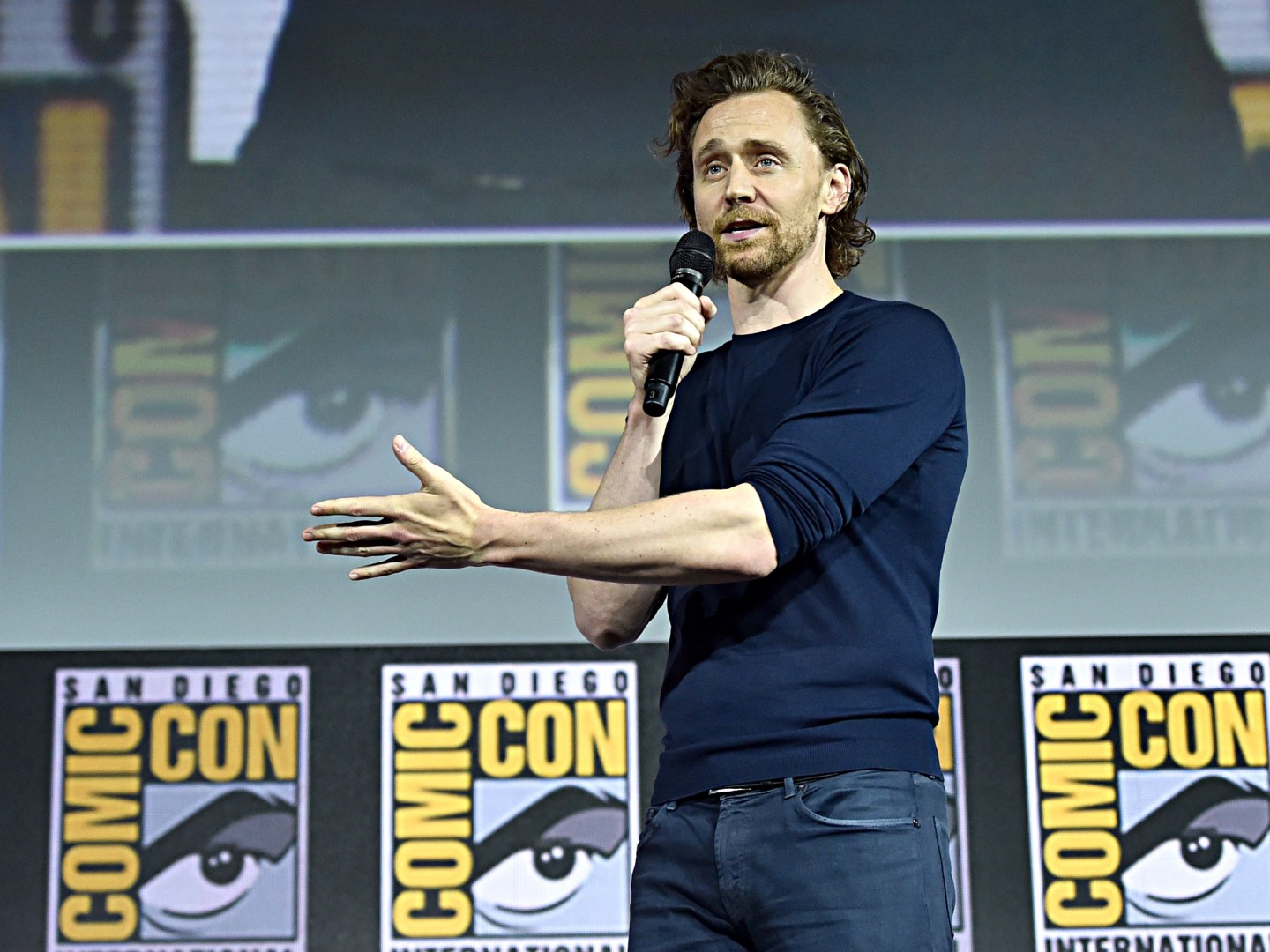 The studio’s ambitions are characteristically astronomical, with 10 Marvel projects arriving over the span of just two years, from 2020 to 2021. The planned array of blockbuster films and small-screen adventures is an indicator of a powerhouse studio in transition, stretching the definition of which kinds of projects it can make in the wake of Avengers: Endgame—a climactic MCU installment that sent off flagship heroes Iron Man (Robert Downey Jr.) and Captain America (Chris Evans). Following that was Spider-Man: Far From Home—a slighter bookend for Phase Three that nonetheless introduces multiverse theory, the comic-book concept of myriad alternate realities that will play a major role in the MCU’s upcoming slate.

The multiverse appears especially key to Marvel’s biggest gamble in Phase Four: its intricate ties to Disney+, a streaming service that will launch this November, and will be competing directly with Netflix, Hulu and Amazon Prime for subscribers’ dollars.

These MCU Phase Four Entries Are Coming to Disney+

Many had expected Phase Four to contain Disney+ content, but the sheer volume of contributions Marvel will be making in the service’s early years is overwhelming. Its offerings span four live-action series involving A-list actors and an animated entry.

Marvel’s Phase Four series will kick off with Falcon and the Winter Soldier (debuting on Disney+ next fall), pulling in actors Anthony Mackie and Sebastian Stan to reprise their titular roles in a buddy-cop-esque setup that picks up after Endgame, as Falcon grapples with his new appointment as Captain America by an elderly Steve Rogers. WandaVision (spring 2021) follows Scarlet Witch’s (Elisabeth Olsen) continued mourning of Vision (Paul Bettany), slain by Thanos in Infinity War and will skirt alternative realities, leading directly into feature film Doctor Strange in the Multiverse of Madness.

Loki (also set for spring 2021) finds Tom Hiddleston reprising the role of Loki, opening the multiverse further by leaving his original trickster dead by Thanos’s hands (as seen in Infinity War) and instead following the version of Loki who made off with the Tesseract in one of the timelines witnessed during Endgame‘s time-travel shenanigans. What If… (summer 2021) animates rejected comic-book storylines, imagining worlds that unfold in the aftermath of chance events like, say, Loki wielding Thor’s hammer; it could aim for Spider-Man: Into the Spider-Verse-level complexity in its execution. Finally, Hawkeye (fall 2021) focuses on Jeremy Renner’s bow-and-arrow-wielding vigilante during his dark, pre-Endgame period as Ronin.

Significant though they are, Marvel’s newly announced Disney+ entries do bear the mark of a studio testing waters. By not showcasing any new characters in this first set of streaming series, Marvel’s freed from the predicament of retconning and reintroducing comic-book characters on the screen should the service somehow fail to attract subscribers. The Falcon, Winter Soldier, Hawkeye, an alt-reality Loki, Scarlet Witch, and Vision are all established second-stringers in the Marvel Cinematic Universe, characters who’ve shown up as supporting players in other heroes’ stories without earning their own.

Though Disney+ series will presumably allow each to shine outside the more rigidly controlled confines of theatrical film projects, utilizing the characters in this way eschews any real risk. Loki, Hawkeye, and What If… in particular suggest safer playdates in the Marvel sandbox. The first, by using a new Loki not beholden to the same emotional journey Hiddleston’s original character went on from Thor: The Dark World and Ragnarok through Endgame, is working from the same God of Mischief seen in The Avengers and can shape his personality in any way its writers see fit. Hawkeye, through virtue of its setting prior to Endgame, can only take Renner’s Clint Barton so far before he’s called back to base for that the events of that pre-established big-screen entry. And What If…, even vis-a-vis its title, is being pitched as a flight of fancy, toying with Marvel properties as if manipulating Play-Doh, with the promise it’ll all be flattened out at the end of each installment.

What actually makes the Disney+ series notable, given the small-potatoes nature of these narrative setups, is the way in which they’re directly related to the big-screen Marvel entries.

The studio’s ultimately short-lived alliance with Netflix set some MCU TV shows off to the side, in a darker, grimier corner of the franchise’s universe—Hell’s Kitchen in New York, to be exact. Aside from a few mentions of The Avengers‘ Battle of New York, the series—Daredevil, Jessica Jones, Luke Cage, Iron Fist, and The Defenders—operated on their own terms. While this in some instances made for compelling storytelling (e.g.: Jessica Jones‘ complex navigation of trauma, Luke Cage‘s racial politics), it carried with it the implicit guarantee they’d never be linked back to the MCU at large.

This was quietly but undeniably emphasized by the Comic-Con panel, both in how Feige omitted all mention of the Netflix series (despite the recent debut of Jessica Jones‘ third and final season) and in how Marvel Studios now has Mahershala Ali, who earned raves for playing villainous Cottonmouth on Luke Cage, portraying vampire hunter Blade in an upcoming (likely Phase Five) Marvel movie. As with Evans playing the Human Torch in Fantastic Four for Fox before landing the role of Captain America, and Michael B. Jordan also playing the Human Torch in Fox’s flame-out Fantastic Four remake before playing Killmonger in Black Panther, Ali has been recast in a juicier role more deserving of his talents. The implication is obvious: the Netflix era is yesterday’s news.

In contrast, even while scrubbing its fingerprints off the Netflix series, Marvel is at least feigning to impress that the Disney+ shows will relate to its upcoming movies. Feige and Disney CEO Bob Iger had previously teased that the TV series and films would be interlinked, and The Falcon and the Winter Soldier and WandaVision‘s stories seem to stand the best chance of having their impact felt over at the multiplex, however slightly. Wherever those characters end up at the end of their TV arcs—if, say, Falcon fully accepts the Captain America mantle, along with the moniker, though the series’ title directly (and almost certainly intentionally) seems to challenge that notion—will be where we pick up with them in Phase Five.

““It’s the first long-form narrative that Marvel Studios has done — they’ll be six episodes, eight episodes, 10 episodes with the actors from the films playing their characters,” Feige told Variety in April. “They’ll be changing, evolving, growing in those event series.”

However closely the Marvel movies and Disney+ series end up being intertwined, the optic of them sharing space on the screen during Marvel’s victory-lap Hall H panel holds an undeniable power. No such accommodation was given to the Netflix series, and Marvel throwing its marketing might fully behind these Disney+ offerings is a mighty show of corporate synergy.

For its feature films, Phase Four is following a more conventional, pre-established MCU template, though it’s pushing the franchise in weirder, more deep-bench directions that will likely excite the same comic-book aficionados who’ve been with these properties for much longer than the past 11 years in which Marvel’s mounted a box-office takeover.

The Eternals (Nov. 6, 2020, from The Rider director Chloe Zhao), like Guardians of the Galaxy before it, unearths a deep-cut Marvel ensemble and brings them to the fore, banking on the appeal of both creator Jack Kirby’s cosmic visual palette and stars Angelina Jolie, Salma Hayek, Richard Madden, Kumail Nanjiani and Brian Tyree Henry. Shang-Chi and the Legend of the Ten Rings (Feb. 12, 2021, from Short Term 12 helmer Daniel Destin Cretton) is Phase Four’s Black Panther hopeful, translating a lesser-known character with a rich mythology to the big screen in hopes of leading a cultural (and box-office) breakthrough.

And with Doctor Strange in the Multiverse of Madness (May 7, 2021) and Thor: Love and Thunder (Nov. 5, 2021), Marvel’s relying on tried-and-true helmers—Scott Derrickson, who helmed Doctor Strange, and Taika Waititi, whose Thor: Ragnarok was a Phase Three highlight—to take already-successful characters in bold new directions, as it’s already done once before with Thor, as well as with Captain America in his sequels.

The Doctor Strange follow-up is billed as Marvel’s first horror movie, an intriguing challenge for the typically four quadrant-courting studio; rumblings that Nightmare may be its villain suggest the movie will further explore Marvel Comics’ mystical side. Love and Thunder is even edgier, focusing on Tessa Thompson’s Valkyrie (to be openly bisexual) as she searches for a queen with whom to rule Asgard; Natalie Portman’s set to return to the franchise not as a mere love interest, but as a gender-swapped Mighty Thor.

While more traditional sequels are in the works, among them briefly mentioned sequels to Black Panther, Captain Marvel, and Guardians of the Galaxy, the next 10 offerings from Marvel, across big- and small-screen outings, do reflect an increased commitment to experimentation. All eyes will naturally be on Eternals and Shang-Chi, which are playing the diversity of their casts and out-there nature of their source material as major strengths, to guide the MCU forward in the wake of the final (at least for now) Avengers outing.

But given the speed with which Disney is moving to secure Marvel’s dominion across theatrical and streaming arenas, one wonders whether What If… —an animated series that will utilize that format’s storytelling potential to carry off wildly variant comic-book storylines—is a better gauge of where the studio is headed. With the kind of unprecedented cultural cachet Marvel possesses, and the apparent free reign of Disney+ it’s been awarded, the MCU can now feasibly chart a future in which its entries across film and television are as wide-ranging, unabating, and creatively unfettered as the comics that started it all.

—How Marvel pictures the future post Spider-Man and Endgame

—Netflix isn’t in trouble without Friends. It just needs to work harder

—Could A24’s The Farewell be this summer’s biggest indie success story?