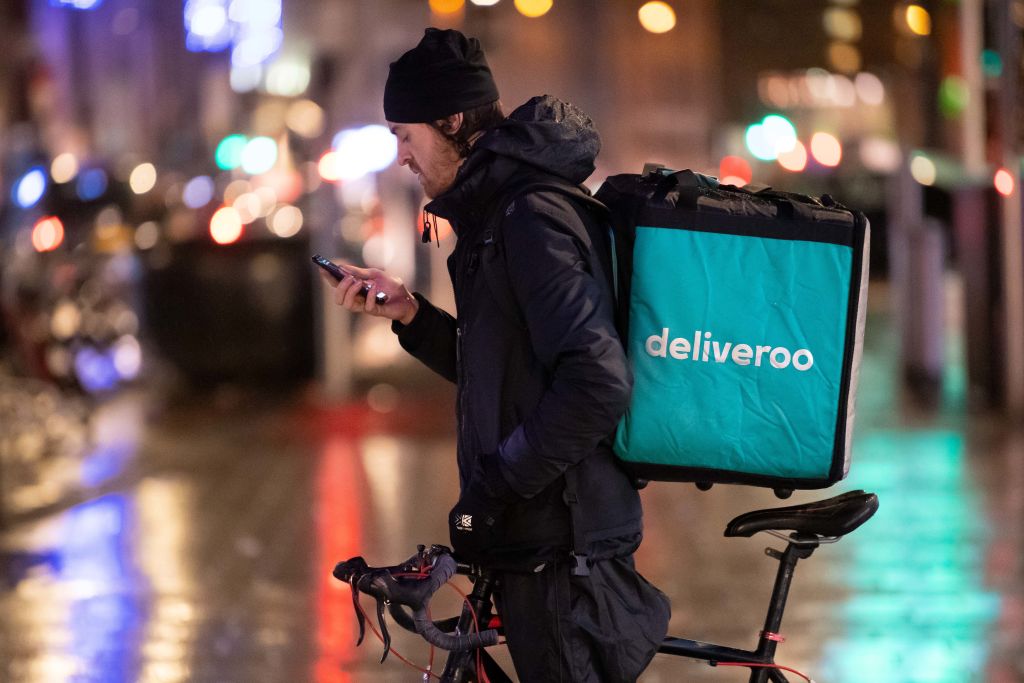 Amazon.com Inc. is facing an initial review by the U.K. competition regulator into its bid to buy a slice of fast-growing food delivery startup Deliveroo.

The Competition and Markets Authority on Friday said it has “reasonable grounds” to believe that Amazon and Deliveroo have either ceased to be separate businesses, or will merge in the near future, according to the enforcement order posted online on Friday.

The initial review means that Amazon won’t be able to close the deal and that both companies will have to continue acting as independent entities.

While reviews into mergers by the CMA are relatively common, it is unusual for the regulator to examine acquisitions of minority stakes. In May, Amazon said it would invest in a $575 million funding round in Deliveroo to help the London-based startup expand its technology team and network and compete against the likes of Just Eat Plc and Uber Technologies Inc. in Europe’s fiercely competitive food delivery industry.

“Deliveroo and Amazon have been working closely with regulators to obtain regulatory approvals,” said a Deliveroo spokesman in a statement.

The U.K. food delivery marketplace — Deliveroo’s home market — is arguably one of the most competitive. Amazon closed down its London-focused food delivery business last year. Amazon has signaled its growing ambitions in the U.K. with Prime Now, which offers deliveries to major British cities within two hours.

But it faces stiff domestic competition from the likes of Ocado Group Plc, an online grocery pioneer that licenses its technology to the likes of Kroger Co. and aims to halve that time with a service called Zoom.

London-based Deliveroo has raised $1.5 billion in venture capital since it was founded in 2012 and its self-employed riders have become a familiar sight in many large cities. It now wants to reach half of the U.K.’s population of 65 million by the end of the year, up from the 33% who can currently use its mobile app, said Chief Executive Officer Will Shu.

In a recent interview with Bloomberg, Shu, a former Morgan Stanley investment banker, said that with Amazon’s recent investment in Deliveroo, he hopes to tap the e-commerce giant’s operational and logistics expertise. “Amazon in my view are the best operators in the world and, to the extent we can learn from them and what they’ve been able to build over the last 20 years, that is what I’m most excited about,” he said.

The CMA notice stated that, during the review, there should be no integration of the technology between the Deliveroo or Amazon businesses, without consent from the regulator.

Douglas Gurr, who is the head of operations for Amazon UK, was appointed as a director of Deliveroo’s holding company on May 16 this year, according to a company filing.

This story has been updated to clarify that Amazon led the $575 million funding round in Deliveroo.