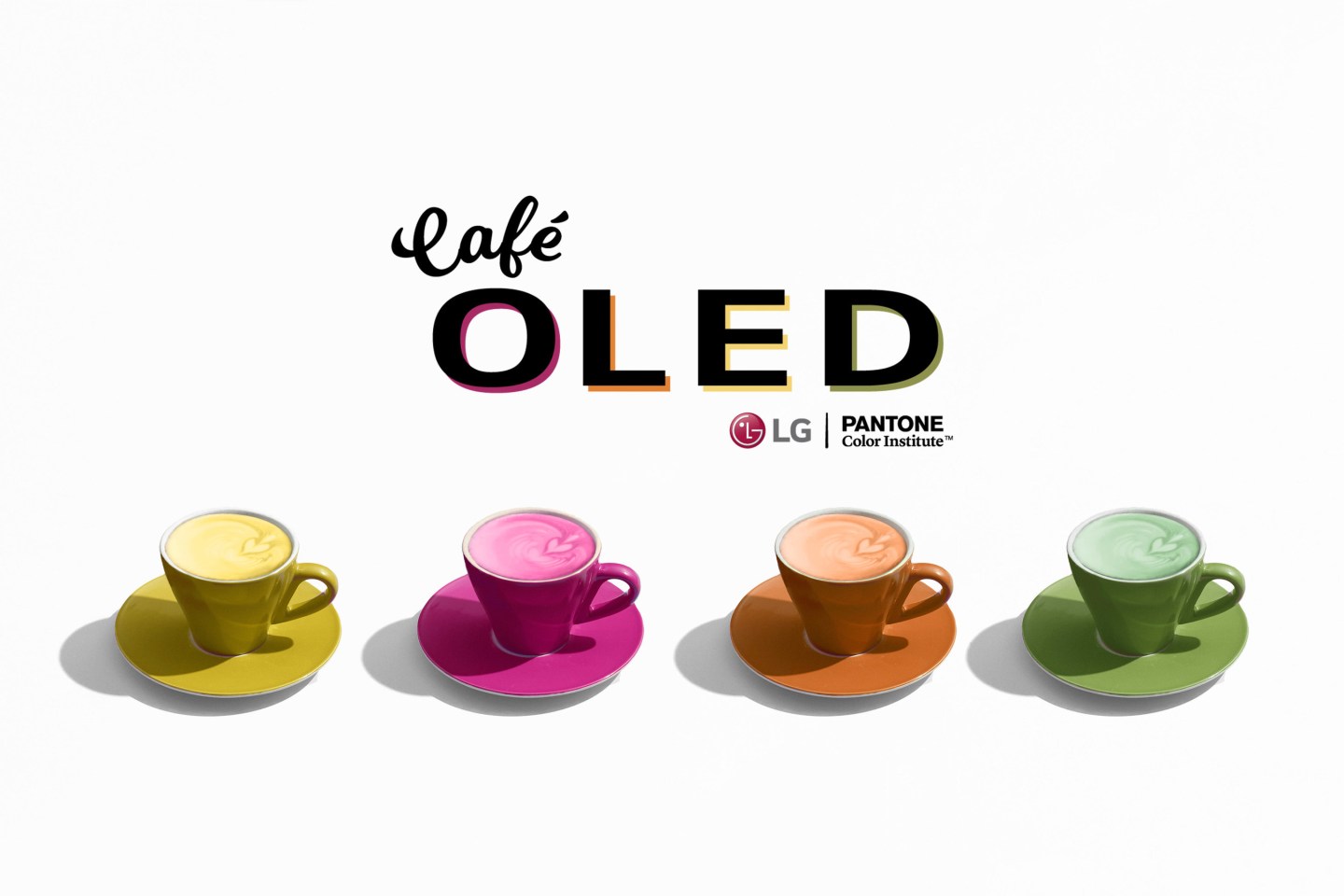 Dazzling retail experiences are as trendy as ever, with Pantone Color Institute and electronics company LG creating the latest entrant in SoHo—a pop-up cafe as a marketing backdrop for customers’ Instagrammable moments.

“When you see these lifelike colors and images in person, you’re immediately drawn to something that’s real and immersive,” she said.

While no TVs will be for sale, the pop-up acts like a hip electronics showroom. “These interactive exhibits let you experience these colors in a new way,” Fernandez said.

Each of the four sections of the café focus on one the four featured Pantone summer colors, “bringing an emotional connection into both the physical and digital space, enabling the exploration of color psychology and distilling the relationship between color and senses,” according to a news release.

Pantone is a color trend forecaster from which consumer product manufacturers, interior designers and others can derive inspiration. The company’s also known for its color of the year. This year, it’s Living Coral, which according to Pantone, “mesmerizes the eye and mind,” and evokes “how coral reefs provide shelter to a diverse kaleidoscope of color.”

Cafe OLED is part of a seemingly endless retail movement providing customers with experiences rather than traditional retail settings. Soho is Ground Zero for the temporary pop-up stores, which open for a few days or a few months.

In the past year, there have been a number of primarily e-commerce brands renting space in the downtown shopping district. Upcoming, Bumble, the dating app, is opening a cafe where dates can meet IRL—in real life. Chef’s Counter on the corner of Spring and Lafayette has a rotating menu developed by a different chef each season, and its casual pop-up next door (currently Kiko plant-based ice cream, formerly OddFellows ice cream carnival, a donut shop, and a matcha cafe) also changes hands a few times a year.

Last month, Marissa Meltzer wondered in the New York Times whether Soho has become “one big wellness pop-up.” Kind, a snack food company, is renting a pop-up where consumers can scan a QR code to check a competitor’s sugar content, while Buffy, a direct-to-consumer comforter company, has a pop-up nap room.

—Is Amazon’s new store for beauty professionals disrupting the industry?