Prepackaged Sangria Is Having a Moment This Summer 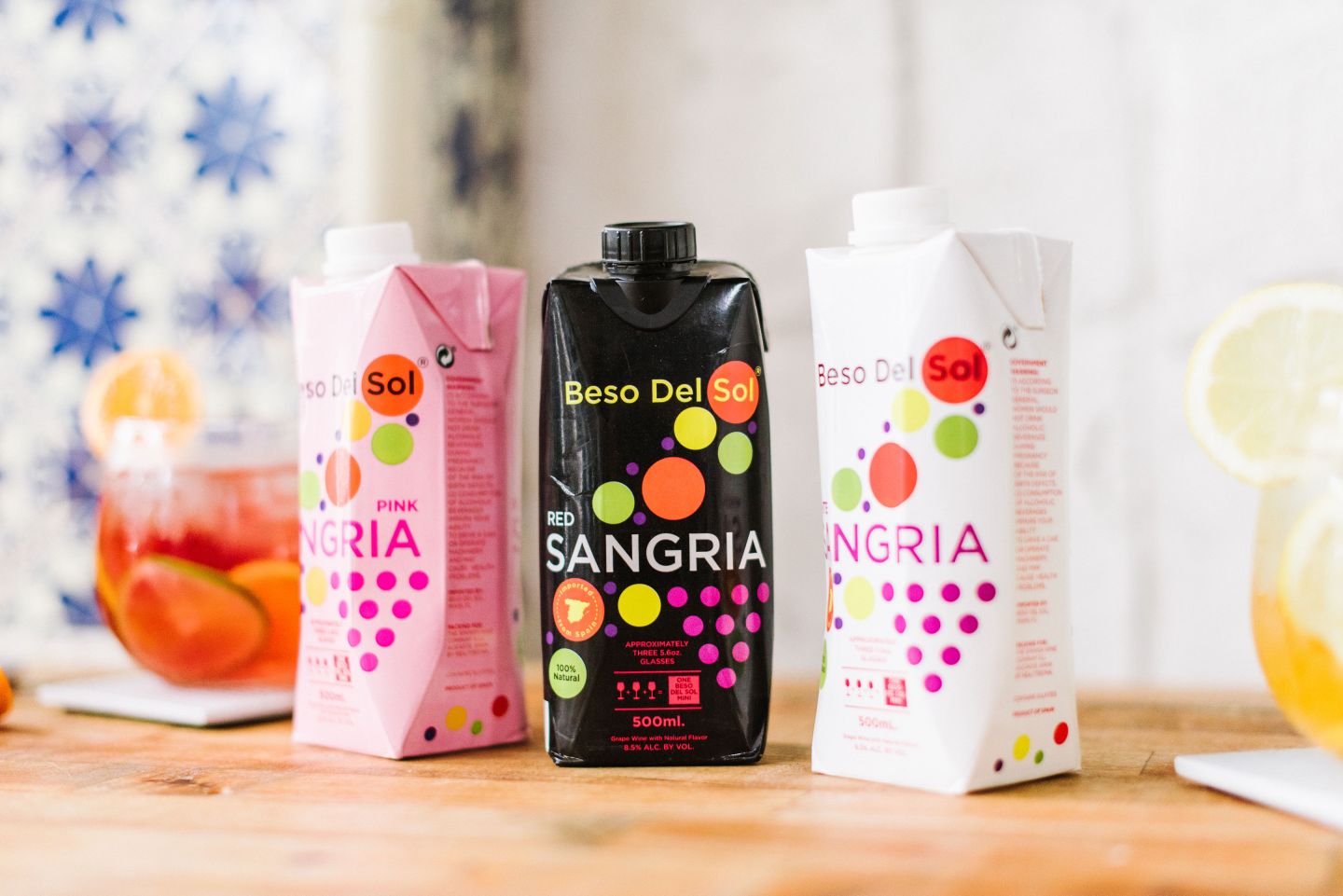 Capriccio is a wine brand that became cool only when it turned into sangria.

It had been a dusty brand that was sold in Puerto Rico, not registering much in the way of buzz or sales. But Capriccio’s owner, Florida Caribbean Distillers, took a look at the wine category to see which trends were taking off. It noticed that sparkling wines and sangria were far outpacing the rest. So the company mixed the two to create a new Capriccio, which debuted in the U.S. in 2015.

“We realized no one had put the two together in a single-serve bottle,” says Dave Steiner, national sales director at Florida Caribbean Distillers.

It proved to be a savvy new twist on sangria. After selling fewer than 20,000 cases in 2015, mostly in the Southeastern United States, Capriccio has enjoyed explosive growth and now sells north of 1.2 million cases annually across the country. The brand got a big boost as it became a viral social media darling—albeit it was a mixed blessing, as consumers were talking up how quickly they were getting drunk on the sangria and comparing it to Four Loko.

Still, Capriccio has become the largest and fastest-growing single-serve sangria in the U.S. After an initial introduction of a four-pack in glass, the brand launched cans in new flavors including watermelon and rosé. A passion fruit Capriccio is next, and international expansion is also planned.

“Our thought was, approach the sangria business like you would a beer or a soft drink,” says Steiner. “Create a package that’s on trend and has a great value, and be the first to market.”

Prepackaged sangria sales are exploding, climbing 15% in 2018 from the prior year, according to data from industry tracker IWSR. By comparison, the total wine category’s volume was flat. What has helped sangria is a move away from the traditional base of red wine toward more trendy offerings, including rosé and Prosecco, and launching brands in more easy-to-drink, convenient packages like cans and single-serve bottles.

“When you think about it, sangria has fruit, which is natural. It has some sweetness and is right from a pricing standpoint—it fits all the right boxes,” says Rob McMillan, executive vice president and founder of Silicon Valley Bank’s wine division.

And while the sugar content can be a tad high in sangria, if done right—with a classic wine and fresh fruit—all sugar found in the drink would be naturally occurring and not incorporate artificial sugars.

“Sangria can be easily manipulated into different recipes thanks to the varying combinations of wine and fruits,” says Heinemann. And though the industry can’t exactly track how much sangria is made at home or sold at restaurants, wine insiders say that if sangria is selling well at retail stores, it is likely seeing steady growth in those other channels.

Sangria debuted as a trendy drink in America in 1964, when it was served at the Spanish Pavilion at the New York World’s Fair. In subsequent decades, sangria has enjoyed a mix of highs and lows depending on the prevailing food and alcohol trends at the time.

But by the late 1990s, sangria had some perception problems. It was almost always made with cheaper red wine and often overly sweetened. Consumers ditched the drink.

In recent years, sales have been on the rise as new ready-to-drink flavors and formats hit shelves. Tequila maker Jose Cuervo sells a white sangria that blends the classic lime margarita with white wine, citrus, and apple. It also sells a red sangria margarita mix with red wine, apple, and pomegranate. Some of those flavors are more favored during the fall, as Jose Cuervo is angling to encourage consumption during colder months.

“With nine products now in our lineup across three separate packages and three types of sangria, we are approaching 2019 as a major growth year,” says Collin Cooney, director of marketing for Beso Del Sol. He adds that because sangria is growing, the company will continue to explore more trends.

Brandy Rand, chief operating officer for the Americas for IWSR, says retailers are also giving sangria more love because it is hitting on major trends, like portability, which has also helped boost demand for alcoholic seltzers and canned premixed cocktails.

“As we have seen more wine on tap and wine in cocktails, the younger generation is less fussy about wine,” says Rand. “That gives suppliers more freedom and opportunity to pursue alternative packaging.”

To be sure, sangria remains a relatively small category. Only 3.25 million nine-liter cases were sold last year, IWSR data shows. And regionally, growth has generally been stronger in warmer months and in Southern states with warmer climates.

“To a certain extent, I feel that [sangria] is one of those drinks that will always be in the background, kind of like an old friend you can rely on because there is always something new coming out,” Heinemann says. “There will be moments when more people will find it interesting and moments when it will lull again.”

—Alcohol-free bars caught on in the U.S. and U.K. But can they go global?

—Why champagne brands are partnering with art fairs

—A new style of winemaking could take sherry mainstream