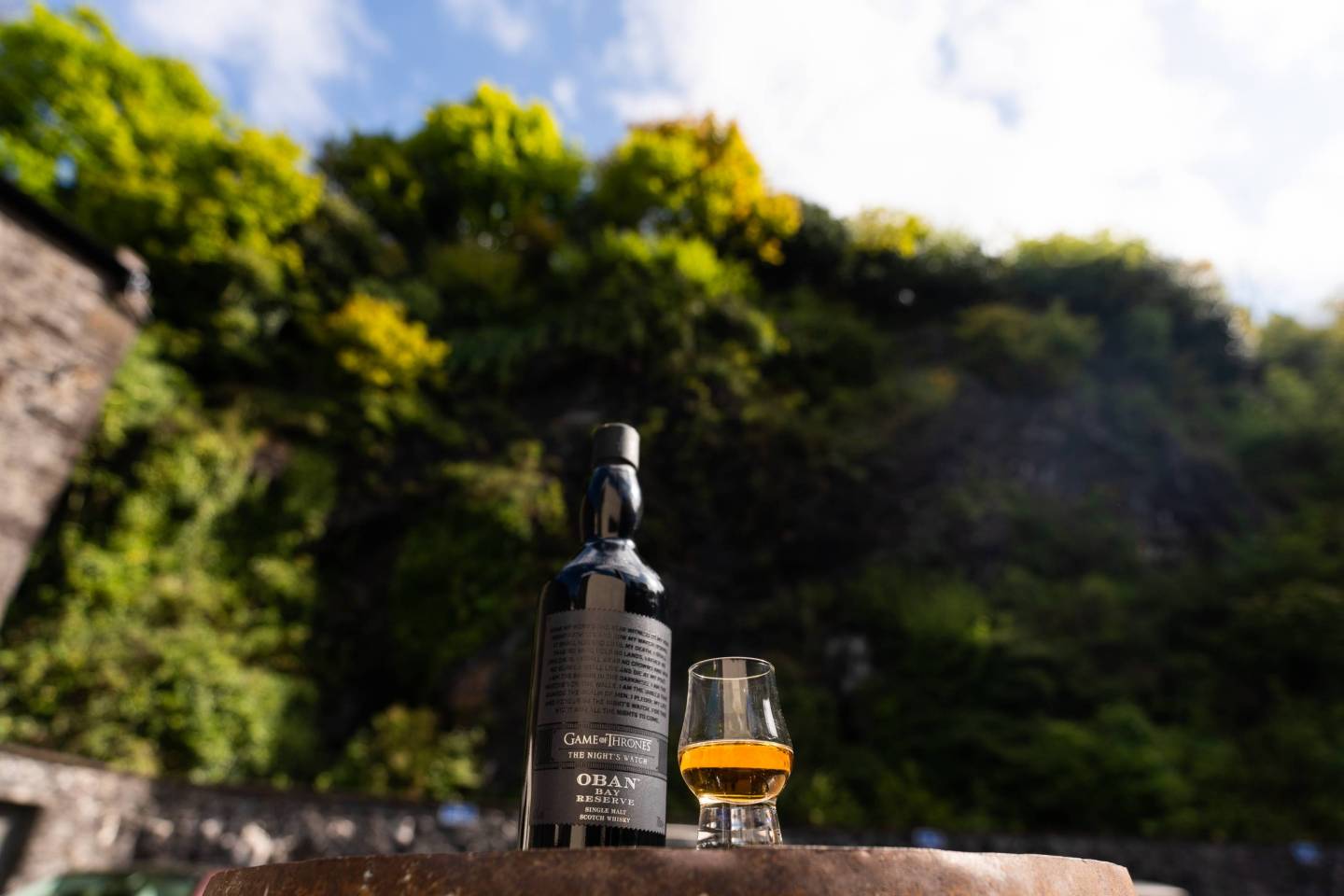 Every whisky drinker—whether connoisseur or casual—needs a go-to bottle, a standby that will reliably reside behind every airport bar, in every hotel lobby, at every highbrow restaurant and lowbrow dive bar alike. Go-to bottles are good to know, and even better to own—it’s the whisky you can pour when friends come over or when you simply want an unfussy end-of-day dram.

These are not those whiskies. Distilleries—often the same ones that make your go-to bottles—continually experiment with new combinations of water, barley, yeast, and wood in search of new ways to express a centuries-old old tradition. Sometimes their successful experiments even make it to market. These are a few of our favorite whiskies to reach U.S. shelves over the past several months, bottles that will boost the depth of your whisky cabinet while (for the most part) leaving your bank account intact.

Most whiskies tell a story about the wood they are aged in, and some others talk up the source of their water or the microclimate where their barley is harvested. Glenmorangie Allta is all about yeast. The 10th in Glenmorangie’s annual “private edition” special release series, Allta’s raw spirit was fermented using a wild yeast strain that Dr. Bill Lumsden, Glenmorangie’s director of distilling, whisky creation, and whisky stocks, swabbed from a few ears of barley growing in the fields near the distillery. The result is—perhaps predictably—yeasty, with earthy, bready tones and a pronounced creaminess layered atop Glenmorangie’s signature orange citrus and floral notes. At $100, this bottle is undervalued.

The distillers at Bruichladdich (that’s “Brook-laddy”) talk about whisky the way winemakers talk about wine, and for good reason. The distillery’s Islay Barley series exists to realize the notion that scotch can embody geography, microclimate, and soil—that whisky, like wine, is about terroir. The sixth release in the series Bruichladdich’s 2011 Islay Barley (released in April) spent just six years in a combination of former bourbon barrels as well as French and Austrian sweet wine casks that had already been reused a time or two, a combination and duration ensuring the wood couldn’t overpower the flavors in the spirit itself. The nose is a mix of fall fruits and citrus with a certain earthy funk, while the taste brings around a kind of honey-barley-sugar sweetness, something light, fresh, and wholly unconventional from a place generally associated with brawnier, smokier drams.

When The Glendronach distillery ceased production of its beloved 15-year-old expression in 2015 citing lack of available stocks, lovers of deep, dark, and complex sherry-finished whiskies mourned its passing. Its stocks now replenished, The Glendronach resurrected its 15-year-old expression in October, giving sherry bomb lovers a renewed taste of an old favorite. Aged in both Pedro Ximenez and Oloroso sherry casks, The Glendronach Revival packs the sweet and dry notes of each, creating a complexity and depth of flavor that has long distinguished this Highlands distillery. Unlike the many limited releases included here, this bottle is (blessedly) here to stay. If you’re more the scarcity-breeds-value type, it’s worth noting here that limited quantities of The Glendronach’s limited-release Grandeur Batch 10 ($700) reached U.S. shelves in May as well.

Islay-based Octomore doesn’t traffic in a core line of whiskies but rather a series of limited releases, each as experimental as the next and all pushing the limits of what a distillery can responsibly do with peated malt. For smoke lovers only, each series typically contains two or three distinct but related iterations. Released late last year, the 9 series has already grown scarce at retail—the Octomore faithful tend to snatch it up quickly—so if you come across a bottle of the slightly vegetal and very peaty mélange of sea breeze, salted fudge, and Christmas confections that is Octomore 9.1, consider yourself fortunate. If you don’t, take heart: Though the distillery won’t yet say exactly when, the next generation of Octomore is likely to release in the second half of this year.

If a scotch whisky released with a television branding tie-in feels gimmicky, know this: The limited release Game of Thrones whiskies put out by Diageo in January ahead of the final season—each bottling representing one of the HBO series’ Seven Kingdoms, plus those vaunted protectors of the realms of men known as the Night’s Watch—were far better received than the show’s final season.

Among them, the Night’s Watch release from Oban offers something particularly special. Hemmed in by the town of Oban on three sides and a looming wall of granite on the fourth (even passive fans of the show will get the reference), the tiny two-still Oban distillery has nowhere to expand and little extra capacity to turn out special releases. With notes of citrus zest, cherry pie, and cocoa meshing with Oban’s signature hint of smoke on the finish, the Oban Night’s Watch release is a rare and wonderful exception—and already difficult to find anywhere but online. Regardless of how you feel about the final seasons of the series, no one is eager to see this watch ended.

Craigellachie remains relatively unknown to many consumers despite its having produced quality scotch whiskies in Speyside since the late 1800s, largely because most of those whiskies end up in various blended whiskies. That all changed in 2014 when Craigellachie began rolling out a series of limited release single malts under its own name, aged 13, 17, and 23 years. In December, Craigellachie capped the series with a somewhat brash 33-year-old, a uniquely punchy expression from a region better known for light and floral. With only 1,700 bottles produced in total, it’s the kind of bottle serious scotch collectors covet, but there are still about 100 bottles available at retail (we checked). If the $3,000 price tag comes in a bit too high, the $300 23-year-old’s collision of vanilla, baking spices, tropical fruits, and wafting campfire smoke make it the perfect (and more accessible) cornerstone bottle for any home whisky bar.