Alcohol-Free Bars Caught on in the U.S. and U.K. But Can They Go Global? 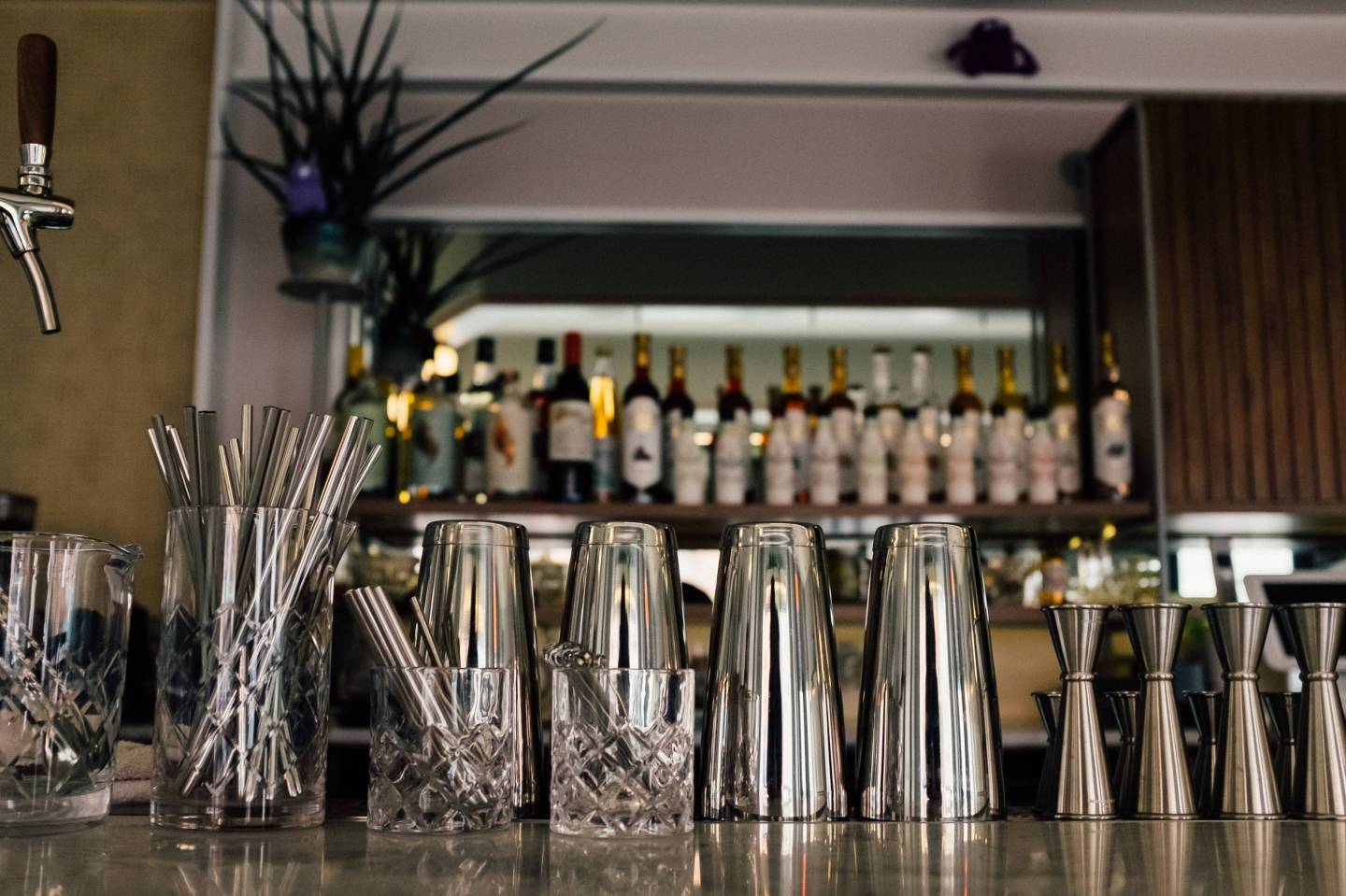 In the United States, there’s the salad bar. In Italy, you take your espresso at the bar. In Japan, standing sushi bars are popular destinations. Cafés and restaurants—institutions at the core of human interaction—take divergent shapes within different cultures.

A bar provides patrons with a universally accepted environment: Walk in, sit down, and order an item from the menu—food or drink—that almost always tastes the same, no matter where you are. So what exactly is a bar, and what makes it a constant, reliable experience in each corner of the world?

Purveyors of a new trend that has recently enveloped London and New York—and seems to be making a mark in other major cities—believe that the bar’s magnetism goes beyond the chemical addictiveness involved in drinking cocktails. These aspiring trendsetters argue that the bar’s atmosphere is what renders it a timeless and successful institution—especially in the age of social media.

“[The trend] is a logical extension of the current wellness revolution,” says Ruby Warrington, the author of Sober Curious, a book exploring the culture of the nondrinking masses with the goal of normalizing it. Warrington argues that attitude changes in America—our new focus on meditation and yoga, healthy food, and generally mindful practices—have evolved into an awareness of the detrimental effects that alcohol can have on the body. Are countries that pride themselves on a healthy relationship with alcohol, then, not ideal breeding grounds for liquor-free establishments? Are these new bars replicable concepts outside the likes of New York and London, cities renowned for excessive drinking? Is the fad here to stay?

According to Sam Thonis and Regina Dellea, co-owners of the new alcohol-free Getaway bar in Brooklyn’s Greenpoint neighborhood, the appeal of their venture goes beyond the need to stay sober. “We have the same comforts that a bar would,” says Thonis. “The lighting, the music, the layout. It’s just a place where everyone is on the same boat, and you don’t really have to explain yourself.”

Lorelei Bandrovschi, the mastermind behind Listen Bar, a monthly alcohol-free pop-up bar whose first iteration landed in New York in October 2018, echoes Dellea’s sentiments: “I don’t think it’s about whatever percent of alcohol is in your Coors Light when you’re going to a bar. If the crowd is right, the music is right, the vibe is right, it’s been a revelation [to people, saying] ‘Wow, it really is a bar.’”

All three business owners stress the importance of well-prepared cocktails—with or without liquor in them—hence their investments in relatively expensive fresh ingredients, a cost that replaces pricey liquor licenses.

Working with a variety of award-winning bartenders and mixologists, Listen Bar proposes a menu specifically designed to be prepared sans liquor yet still boasting the complexity and creativity usually reserved for high-end cocktail bar offerings. “Nondrinkers have been made to feel like the odd ones out,” Bandrovschi says. “We are here to say that [they] deserve their own space and to be the star of the show. Making great alcohol-free drinks is actually much more complex than making decent cocktails.”

According to Bandrovschi, the people that flock to Listen Bar’s monthly residency at Von in New York are not exclusively sober. “Only a third of our guests define themselves as nondrinkers,” she says. “Two-thirds of people who come are either occasional drinkers or regular drinkers.” Following a successful first round of crowdfunding, Bandrovschi plans to open a brick-and-mortar shop. She believes that what attracts people to her concept is the idea of being able to go out without “taxing the body” the next day.

We circle back to the viability of the concept: Are alcohol-free bars only practical options in cities of excess, where folks can’t control their drinking unless surrounded by liquor-free facilities?

It is interesting to note that both New York establishments were born out of an avoidance of excess: Listen Bar is the result of a dare that required Bandrovschi not to drink for a month, whereas Thonis began thinking of Getaway while hearing about his sober brother’s discomfort when visiting traditional imbibing spots.

A look at the recent uptick in liquor-free, distilled spirits that are being produced and shipped all across the world may actually point to the fact that this is, indeed, a global trend that’s here to stay. Sure, it might have first sprouted across cities with an unusually high number of alcoholics, but it surely speaks to the sober, pregnant, and not-in-the-mood-for-a-drink-tonight people of the world who still want to go out and enjoy human company without having to order a meal, go to a museum, or sit through a movie.

Blended and bottled in England, Seedlip, for example, is the first-ever distilled nonalcoholic spirit. It comes in three different flavors and is served in 100 Michelin-starred restaurants across 15 different international cities with plans to expand further. Heineken 0.0, the brand’s alcohol-free beer, first launched in Barcelona and then rolled out in the U.S. in time for “dry January” with a $50 million investment. Athletic Brewing Company produces nonalcoholic craft beers that even appeal to Olympians seeking recovery drinks.

The worldwide market for nonalcoholic beer is projected to double to about $25 billion by 2024, according to market research firm Global Market Insights. And Heineken’s own research says that nearly 30% of 21- to 25-year-olds haven’t had a beer in the past month, a stat inferring the need and demand for liquor-free options that still remind consumers of alcohol.

When queried about the longevity of their business model and its potential for replicability outside the likes of New York and London, the owners of Getaway and Listen Bar exude positivity. “We had some people here from Abu Dhabi the other night,” recalls Thonis. “They were saying that there are lots of bars [there] but nothing like this, where they are doing interesting cocktails with no alcohol. They were enthusiastic about it and thought it would be a great idea in Abu Dhabi.”