The Art of the Deal: CEO Daily 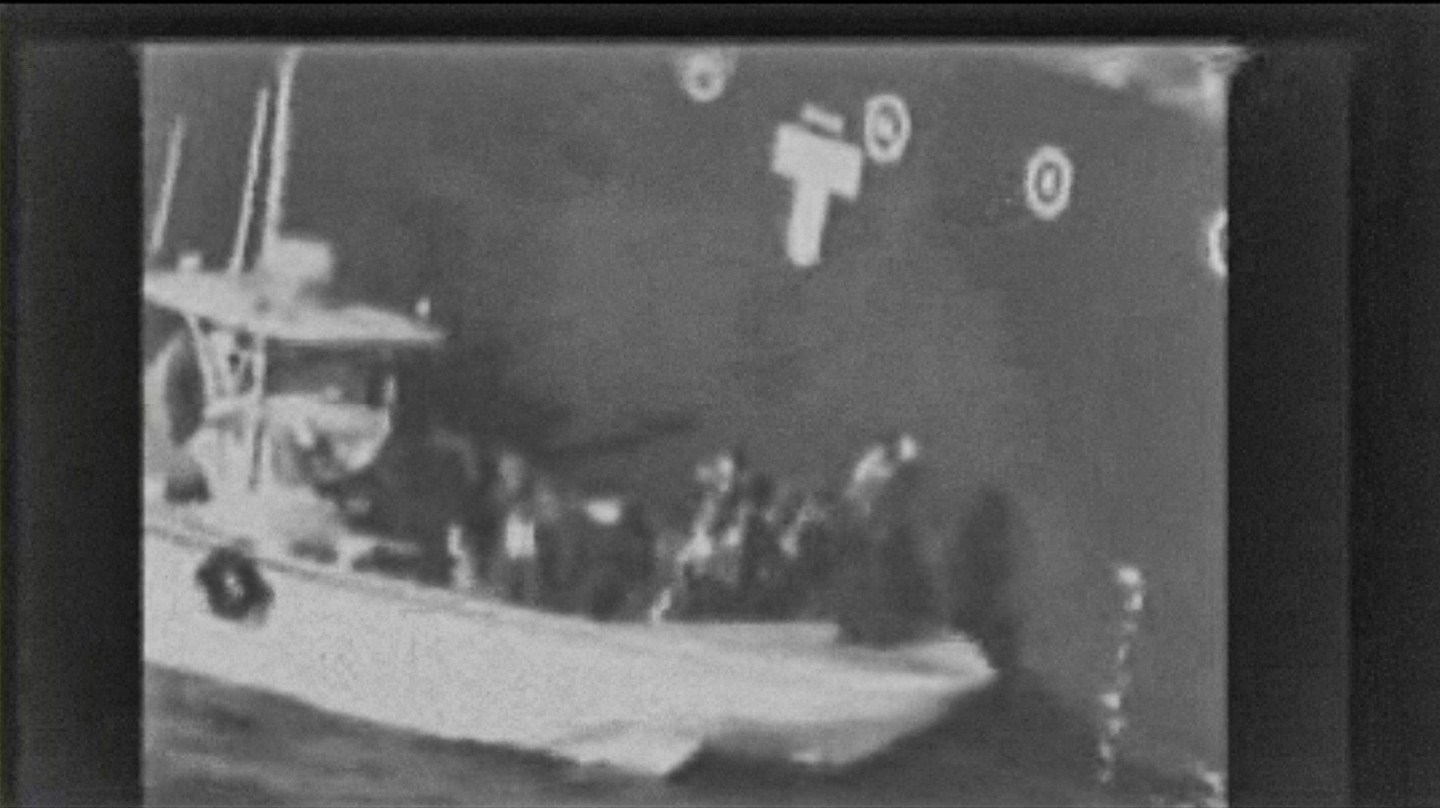 This grab taken from a video released by the US Central Command (USCENTCOM) on June 14, 2019, reportedly shows an Iranian navy patrol boat in the Gulf of Oman approaching the Japanese operated methanol tanker Kokuka Courageous and removing an unexploded mine. (Photo by AFP/Getty Images)
AFP/Getty Images

New signs emerged that the trade war is dragging down the global economy. The International Energy Agency this morning cut its projection for energy demand this year by 100,000 barrels to 1.2 million barrels per day, citing the “worsening trade outlook” as a “common theme across all regions.” China reported the slowest growth in factory output since 2002. And more than 500 U.S. companies—including retail giants Walmart, Target and Costco—said tariffs are hurting American businesses and consumers. A survey of CFOs found nearly half expected a recession by the middle of next year.

All of this ups the ante for a possible meeting between President Trump and President Xi at the G20 summit in Japan June 28-29. Trump has requested a meeting, and White House economic adviser Larry Kudlow said yesterday the president has threatened to raise tariffs further if Xi doesn’t agree.

Apple CEO Tim Cook had a private meeting with the president yesterday to discuss trade, among other things. I don’t know what he said, but I’d be willing to bet the CEO advised that public threats won’t help bring the Chinese leader to the table.

The U.S. is blaming Iran for the attacks on two oil tankers passing through the Gulf of Oman yesterday, and will take its complaint to the U.N. Security Council. The Americans are touting as evidence footage showing an Iranian boat removing what they say is an unexploded limpet mine from one of the stricken vessels (the ship's crew says it was hit by a flying object, not a mine.) However, Iran says it's responsible for security in the Straits of Hormuz, near which the attacks happened, so it's still not clear whether the video shows the Iranians retrieving something they planted or simply gathering evidence. Fortune

Facebook's new cryptocurrency, Libra—what's wrong with "Facebucks"?—has Visa, Mastercard, Paypal, Uber and a host of other companies on board. Each will put a reported $10 million into a consortium to govern the virtual coin, which will apparently be unveiled next week. Wall Street Journal

Morgan Stanley's Business Conditions Index fell this month by 32 points, the biggest one-month decline since the financial crisis. Economist Ellen Zentner said in a note that the "sharp deterioration in sentiment this month…was broad-based across sectors" and, interestingly, not all due to trade policy. There's that weak jobs report from last Friday, too. Anyhow, the drop is concerning because the index is designed to capture economic turning points. CNBC

European semiconductor stocks are down due to a slowdown in demand, which the U.S. chip manufacturer Broadcom has warned about, citing Huawei and the U.S.-China trade conflict. A trader told Reuters: "It’s not just Huawei, it’s deeper than that. Visibility is shot. OEMs [carmakers] aren’t ordering. Inventory concerns, which were supposed to ease, have not gone away. Goodbye H2 recovery hopes!" Reuters

EU ministers failed to fully agree a Eurozone budget, shaking hands only on its broad purpose. The funding of the budget remains contentious—French president Emmanuel Macron dreams of a huge economic stabilization fund, while hawkish countries such as the Netherlands are less keen and have already watered down those plans. It looks like talks will take at least another year. Financial Times

Traders at the London Metal Exchange will be banned from drinking during their working day, according to Bloomberg. They're already not supposed to act drunk on the trading floor—an image that goes back to Victorian times—but now there will be a zero-tolerance policy. Traders at the LME were also recently banned from holding parties at strip clubs and casinos. Bloomberg

Bayer, the owner of Monsanto and its contentious Roundup weedkiller, is going to invest over $5.5 billion in researching "additional methods for combating weeds." The German company has published big ads in the New York Times and Washington Post, with a tagline reading "We listened. We learned." It's promising reduced environmental impact and more transparency, including "a program inviting scientists, journalists, and NGOs to participate in the upcoming EU glyphosate re-registration process." Reuters