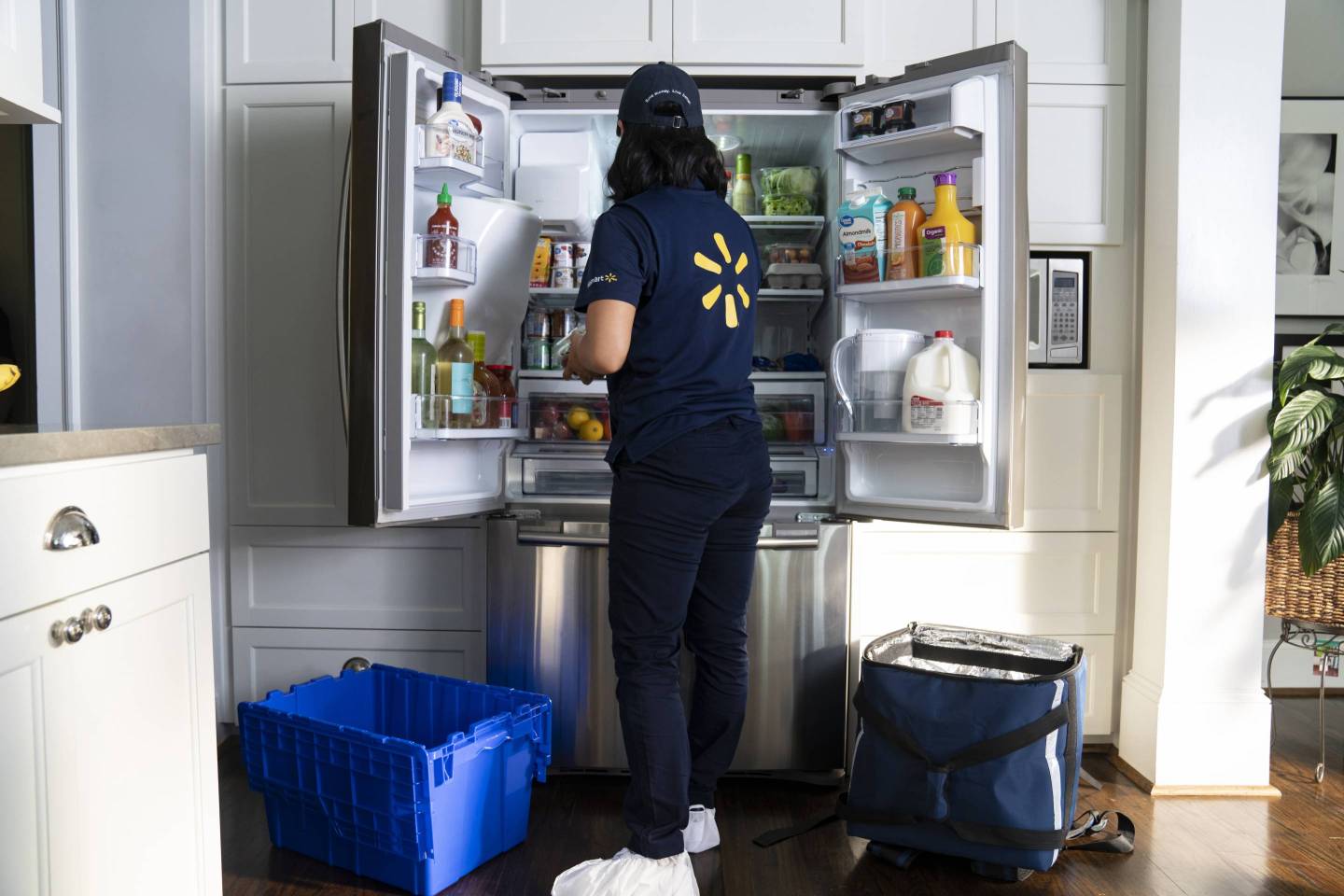 Recession talk has returned recently, but you aren’t likely to see much sign of it in today’s job report. Analysts are expecting job growth of around 175,000, which isn’t gangbusters, but respectable nonetheless.

At Fortune, we are preparing for next week’s New York meeting of the CEO Initiative, which is our community of CEOs who are committed to improving the positive impact of business on society. Among the CEOs participating: IBM’s Ginni Rometty, Salesforce’s Marc Benioff, AB InBev’s Carlos Brito, Hyatt’s Mark Hoplamazian, Allstate’s Tom Wilson, Synchrony’s Margaret Keane, Mattel’s Ynon Kreiz and more. Also, authors Raghuram Rajan and David Brooks. I’ll be reporting on it here.

Walmart will start rolling out grocery deliveries not just to customers' homes, but directly into their fridge or basement if they're not at home. The customer will need to use a smart lock that lets the delivery staff in. The delivery staff will be wearing Internet-connected body cameras so the customer can supervise the delivery remotely, though this wrinkle in the plan is this might freak out privacy fans. Fortune

Google wants to be exempted from the Trump administration's ban on exports to Huawei, and it's using national security interests (one of the justifications for the ban itself) as the basis for its argument. The logic goes thusly: stop Huawei being able to use Google's version of Android, and Huawei will end up developing its own version of Android, which will be more easily hackable by the Chinese government among others. Financial Times

The UAE has claimed to the U.N. Security Council that last month's attacks on oil tankers off its coastline were the work of a "state actor." Small limpet mines were apparently used—enough to cause damage but not a major explosion. But which state? The UAE didn't say. The U.S. has previously accused Iran of being behind the attacks, though Tehran denies involvement. BBC

IBM and Germany's T-Systems have abandoned plans for a mainframe computing venture. T-Systems is Deutsche Telekom's IT services arm. The about-turn was the result of scrutiny by the German antitrust authority, which said IBM was already dominant in the area and the deal would have further strengthened that position. Reuters

Jeff Bezos talked at Amazon's first public Re:MARS futuristic-tech conference yesterday. A bunch of highlights: the point of space travel is to save the Earth; heavy industry will end up being offworld and Earth will be our residence; and robots will be able to grasp objects as well as humans within a decade. An animal-rights protester interrupted his "fireside chat" but he was not fazed. CNBC

The Fed was not so long ago playing down the possibility of an imminent rate cut, but now it's back on the table thanks to trade tensions and economy fears. The Wall Street Journal reports a cut might appear this month or next. Bloomberg

Europe's economic slowdown is largely being powered (or whatever the inverse of that is called) by German factories, and the country's industrial production fell 1.9% in April—its worst drop since August 2015. The European Central Bank is worried about knock-on effects throughout the euro-zone. ECB President Mario Draghi: "The key issue is: how long can the rest of the economy be insulated from a manufacturing sector that keeps on being weak?" Bloomberg

Fortune's Grace Dobush and I (David Meyer here) taste-tested McDonald's new fake-meat hamburger, which has been rolled out in Germany. My quick take: actually not bad; not as juicy as real meat, but a darn sight nicer than a tofu burger I recently had. Would eat again. McDonald's is pitching the Big Vegan at so-called flexitarians, who occasionally abstain from animal products. Fortune