What Is the Fed Thinking? Day One of Its Chicago Meeting Offers Clues 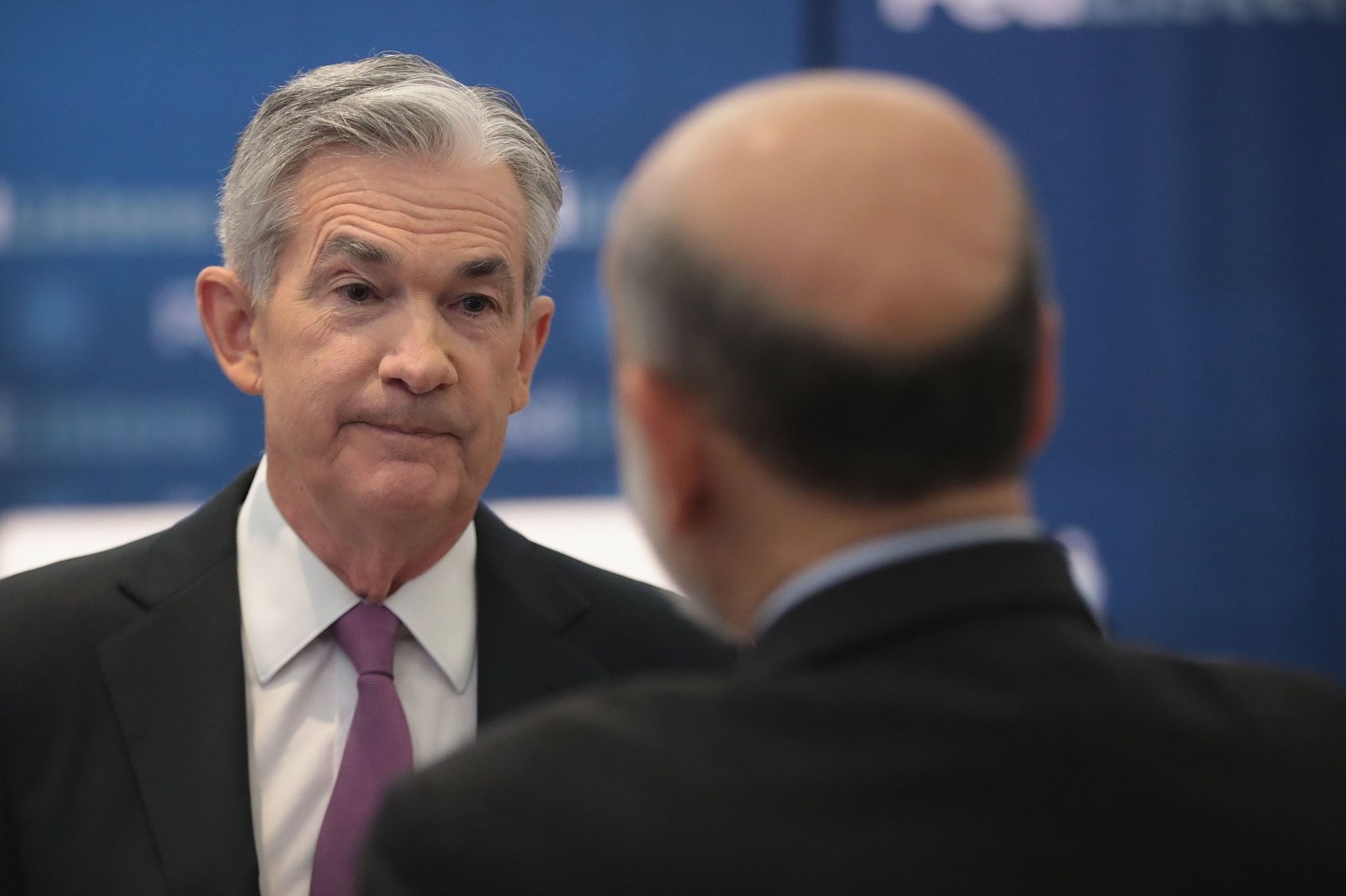 What does the Fed want?

The same thing as the rest of us apparently: Continued economic expansion.

Kicking off a two-day Fed conference in Chicago yesterday, Fed officials signaled that rates could come down to keep the economy on solid ground. The stock market liked the news, surging on Tuesday after a rout last month. The 10-year Treasury note yield rose to 2.13% after its recent tumble.

Chairman Jerome Powell, referring to trade talks and “other matters,” said that “we are closely monitoring the implications of these developments for the U.S. economic outlook, and, as always, we will act as appropriate to sustain the expansion, with a strong labor market and inflation near our symmetric 2 percent objective.”

His remarks “leave the door open for a rate cut,” said Emily Roland, head of capital markets research at John Hancock Investment Management. “It wasn’t an explicit comment that he is going to cut, but it’s being interpreted as very dovish.” Powell’s comments followed those on Monday by St. Louis Fed President James Bullard, who said “a downward policy rate adjustment may be warranted soon to help re-center inflation and inflation expectations at target.”

The bond market has already priced in two cuts by the end of the year. The Fed is unlikely to act at its next rate-setting meeting, scheduled for June 18-19 in Washington. But CME Group’s Fed Watch tool, which tracks probability of Fed moves, shows a 90.8 percent chance of a rate cut in September. The Fed’s target policy rate is in a historically low range of 2.25% to 2.5 percent. “The Fed can wait and watch,” Deepak Puri, Deutsche Bank Wealth Management’s Americas chief investment officer, said about the June meeting. “They won’t go directly into a rate cut.”

Many continue to focus on the inverted yield curve. The yield on three-month Treasuries has surpassed the 10-year note, creating an inversion that the bond market sees as a sign of a recession. The 10-year yield fell below 2.1% on Monday, the lowest in 20 months. In an interview with CNBC on Tuesday, Fed Vice Chairman Richard Clarida said he would take the inverted curve “seriously” if it “persists for some time.”

The Fed has maintained a patient stance on policy changes, saying it’s dependent on the data. Officials may be casting a glance at economic conditions outside the U.S. The World Bank has cut its 2019 global growth forecast to 2.6% this year, compared with the 2.9% estimate it made in January. “Growth overseas has shifted down a gear,” John Hancock’s Roland said. “The economic backdrop is slowing.”

Meanwhile investors continue to worry that President Trump’s trade war with China and Mexico could exacerbate a slowdown in economic growth. “The global trade war is alive and kicking and has the potential to drag on or escalate,” Mark Holman, chief executive officer at TwentyFour Asset Management, a fixed-income boutique firm, wrote in a commentary note.

Fed officials are also worried about low inflation, which has consistently been under their 2% target. “The FOMC are currently all singing from the same hymn sheet, claiming that it would take a sustained period of inflation undershooting the target before a cut became necessary,” Holman wrote.

However the Fed may soon be singing a different tune when it comes to cutting rates.

—These American stocks are born to run