This Trailblazer Wants to Bring a Sake Trail to Arkansas 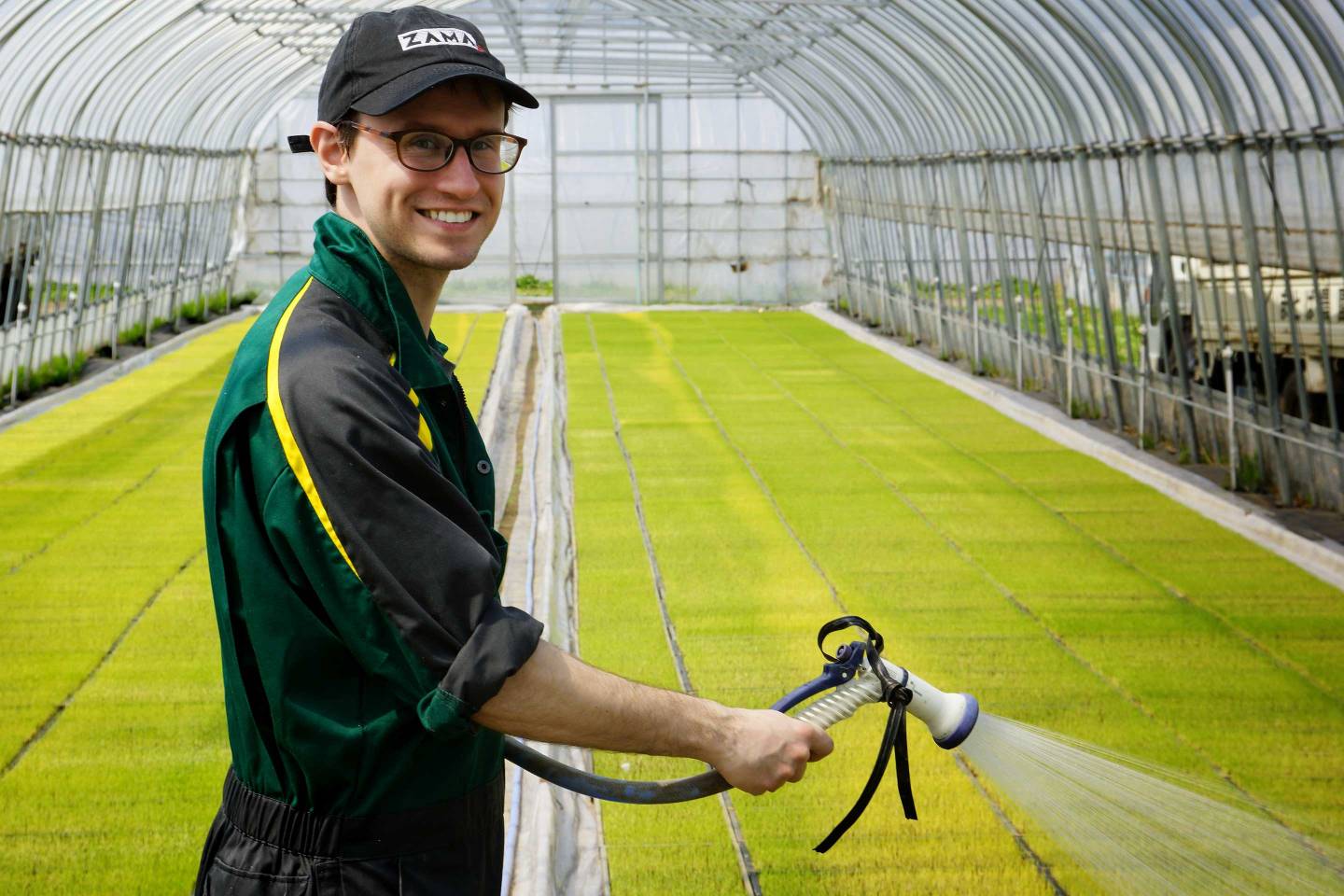 While Kentucky’s Bourbon Trail and Napa Wine Country are two regions beloved by travelers in search of America’s tastiest drinks, driving through Arkansas in search of sake hasn’t caught on quite yet.

However, Ben Bell is hoping America’s growing interest in craft sake will eventually lead to an official trail in his home state.

“For years I have dreamed about a sake trail in Arkansas that can be also be a gateway to our Delta region, where most U.S. rice is produced,” says Bell, director of content for the Sake Brewers Association of North America.

Though Arkansas produces over 40% of America’s rice annually—generating an estimated revenue of $2 billion dollars per year—there are currently no sake breweries in the state. And with the success other regions have had with tourists and international businesses intrigued by alcohol production, there’s a huge opportunity for the emerging American craft sake industry to create a home base in Arkansas.

According to data from the U.S. Census Bureau’s 2017 American Community Survey, Arkansas ranks 48 out of 50 states in terms of median household income. While there isn’t any definitive data that measures how much of an economic impact the American craft sake industry would have on the state, data from similar industries strongly suggests that an investment in craft sake breweries would have a positive impact on local communities. One Arkansas farm that’s already been able to bridge the gap between American rice and the sake industry is Isbell Farms in England, Ark. Owner Chris Isbell developed sake-specific rice varieties—like the prized Yamada Nishiki—that many thought could only grow in Japan and is currently working with a variety of sake companies to provide them this essential ingredient.

In Kentucky, the bourbon distilling industry is a serious contributor to the local economy. A recent study by Dr. Paul Coombes of the University of Louisville and economic consultant Barry Kornstein concluded “that the total annual economic impact of the distilling industry is 20,100 jobs, with annual payroll of $1 billion, producing $8.6 billion of economic output.” In California, a 2016 report by Visit Napa Valley revealed wine tasting at wineries to be the region’s most popular tourist activity, contributing to a tourism industry that generated $1.92 billion of visitor spending within the county.

However, building multiple sake breweries is only part of the challenge when thinking about how to ingratiate a completely new industry in a state. In order to truly achieve success, Bell and his fellow craft sake makers will have to educate the public about sake’s history, brewing techniques, and how to properly drink the beverage.

“There is a lot of interesting history about sake coming to the United States, and it’s older than you might think,” Bell says. The first sake brewery in the U.S. was established in Berkeley in 1901, he notes, while others came and went, mostly in Hawaii and California. Today’s oldest sake breweries date back to the 1970s.

Although sake production is not new to the United States, there’s currently a new wave of interest thanks to craft sake operations popping up in cities across the country. Many Americans first experience sake as a warm shot dropped into a beer or served out of a small box, the memory of a night filled with sake bombs enough for many to steer clear of the drink.

However, those poor experiences are often the result of a low-grade product being used to flavor beer. Seasoned sake drinkers know there are other ways to experience the complexities of this drink. “It really took a trip to Japan and a firsthand experience with fresh, local, and affordable sake to seed the idea of creating Brooklyn Kura,“ says Brian Polen, who opened New York State’s first sake brewery in 2018.

Similarly, “Sake Ninja” Chris Johnson, a certified sake sommelier, became enamored with the drink while teaching abroad in Japan. “As a small town of mostly farmers we did not drink fancy sake, ever. So I have not had really great sake before this day. I poured out glasses to all in attendance and we said Kanpai and my life was changed forever,” Johnson recalled about the bottle of Yatsushika Junmai Daiginjo he received as a parting gift.

Part of what makes sake so unique, and the idea of a trail so appealing, is that the range of flavors between different types of sakes varies. “Brewers have a lot of leverage in the sake-making process, and as a result, sake can be savory, sweet, floral, or acidic, and combinations thereof,” Polen says.

Though often (mistakenly) referred to as a rice wine, sake is actually the result of fermentation created by combining five ingredients: rice, water, a mold known as koji, yeast, and lactic acid. Sake styles vary depending on the amount of distilled alcohol added to sake as well as the type of rice milled.

While there’s no definitive U.S. style given the industry’s infancy, there’s a lot to like about the prospect of American sake eventually joining the ranks of the world’s finest. “Does American sake have a style like our big Cali wines and hoppy craft beers? I think the answer right now is that it is too early to say,” Bell says. “We need more brewers and more time to see a distinctive style form. However, one thing Americans love is bold experimentation, and I think you can expect plenty of that in the future.”

For now, American sake spokespeople are concentrating on making the best sakes they can using locally available ingredients. “I think people here like the idea of sake production and very much understand the connection with our rice industry. But they are understandably skeptical of the potential,” Bell says. “Also, it doesn’t help that most people I talk to have never had really good sake. It’s like pitching a wine industry to people if they had only drank jug wine at an Italian restaurant once or twice.”

Arkansas’ sake trailblazer is currently taking time off to embrace his new role at the Sake Brewers Association, a position that may ultimately help him make an even bigger impact on the industry as a whole. “For a decade,” Bell says, “I have been trying to make a path with sake, but perhaps I have gotten to the point where I can let that path guide me.”