To Combat Food Waste, These Brooklyn Businesses Teamed Up to Brew Bagel Beer 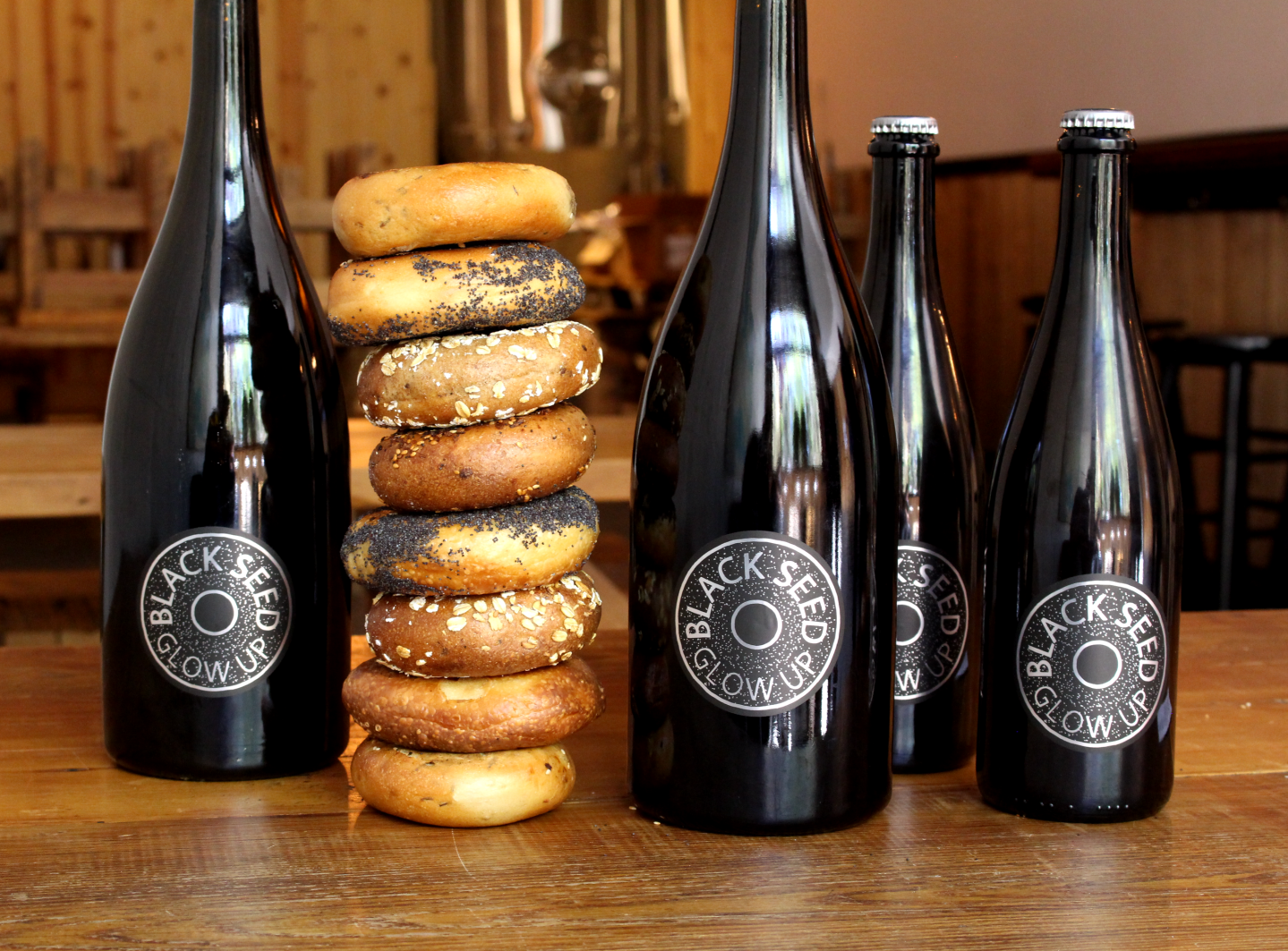 Entering and earning a permanent spot in New York’s craft beer market is a difficult feat. Doing so while helping another highly successful local business reduce its waste in an effort to meet eco-friendly goals is a task so arduous, some might consider it insane.

“We were thinking about our food waste and how we have leftover bagels at the end of the day, no matter how hard we try to nail the [right] number [to make each day],” says Bernamoff. “We started to think about how we could manipulate the leftovers into a very different form, and we came across this idea of making beer. I turned to one of the best brewers and breweries that I know and, thankfully, [they] said yes.”

Upon receiving the uneaten bagels (nothing with onions or garlic, which would distort the flavor of the ale), the Folksbier team breaks them up by hand and uses them as replacements for a little under 25% of the grains necessary in the brewing process. “We have to be cautious because, at some point, there’s going to be too many bagels and not enough grains to ferment properly because the types of sugars that come out of the bagels are different from what we get out of the grains,” explains Kauffman. “We’re not trying to make bagel-flavored beer. We’re trying to make beer out of bagels.”

Resembling the brewery’s other offerings both in flavor and production, Black Seed Glow Up is made in the same style as the Berliner Weisse, a sour beer from Northern Germany that Folksbier makes with Hudson Valley fruits. Instead of said fruits, the bagel beer boasts some of the honey that Black Seed utilizes in-store. (The bagels are boiled in honey and water before baking in a wood-fired oven.) The result is a slightly hazier brew, due to the gluten and proteins in the bread, which tastes “tart, pleasantly acidic” and boasts fleeting notes of breadiness. (“Although it could also just be in people’s heads,” Kauffman says.)

The entire project came together pretty quickly. A mere five months have passed since Bernamoff first reached out to Kauffman and, during that time, the brewing process was put into place and the first batch of the stuff was released to the public. Drinkers can find the product ($14 for a 750-milliliter bottle, $42 for a 1.5-liter magnum) at Folksbier (which also served it on tap until recently) as well as a handful of other locations throughout New York City, including Grand Army in Boerum Hill, Celestine in Dumbo, Old Rose in the West Village, and The Smile in NoHo. These are also all venues in which Bernamoff himself or Black Seed Bagels cofounder Matt Kliegman have stakes. Although supplies of the beer are running out, the team is working on preparing a second, hopefully larger, batch of the product.

This isn’t either company’s first foray into environmentally conscious production. Black Seed turns some of the leftover bagels into chips, bread crumbs, and croutons that are then served as part of its other offerings. Folksbier, on the other hand, is left with loads of waste in the form of grains at the end of each brewing cycle. Kauffman sends that off to a company to be turned into animal feed. “It’s a money-saving [effort] for us but it also helps me sleep at night,” he says.

Bernamoff also mentions the use of compostable supplies and energy-saving methods as good environmental practices that complement Black Seed’s sourcing of a majority of its ingredients from local sources. “All of our cream cheese is produced for us exclusively at a small family farm in upstate New York,” he notes. “The milk that they use comes from their neighbors, grass-fed dairy farms. All those efforts are to ensure that we’re doing right by the local environment but also we’re supporting local agriculture in and around New York City.”

Kauffman echoes Bernamoff’s thoughts: “Both of us create a great product and sell it locally instead of buying a bagel that’s cooked somewhere else and shipped [here] or buying beer that’s been trucked across the country or from a different country altogether,” he says. “There is a lot to be said about buying something locally made.”

The championing of local ties is made even more apparent when the discussion turns toward the ways of the future. Asked about what trends they think will inevitably take over their respective fields in upcoming years, Kauffman highlights a recent resurgence of local breweries aided by an overall public education about beermaking, a fad he hopes will continue.

Bernamoff, on the other hand, is “praying for the death of delivery.” That’s a strange thought at first impact, especially when considering that bagels are popular delivery items across the city. Bernamoff explains that a return to dining out will be of great help to local trade. “I would like to see New Yorkers be excited again to go out for dinner and make it a special moment,” he says. “Turn off their phones, get off their asses, and go out to restaurants and fill the seats with happy, talkative, communicative diners.”

More than a nostalgic view on the ways of the past, the suggestion is an efficient one that could bear concrete repercussions, managing to salvage dying breeds of mom-and-pop shops that are finding it harder to compete in a market saturated with more tech-reliant businesses. “The cost of operating in New York is challenging enough,” Bernamoff says. “There are expenses that are increasing on an annual basis including labor and rent and utilities, so the idea that restaurants have to share their revenue with delivery services just makes it that much more challenging to make ends meet in the restaurant business in New York City.”

—Is molecular whiskey the futuristic booze we’ve been waiting for?