This Startup Wants to Help Women Change Their Names After Marriage 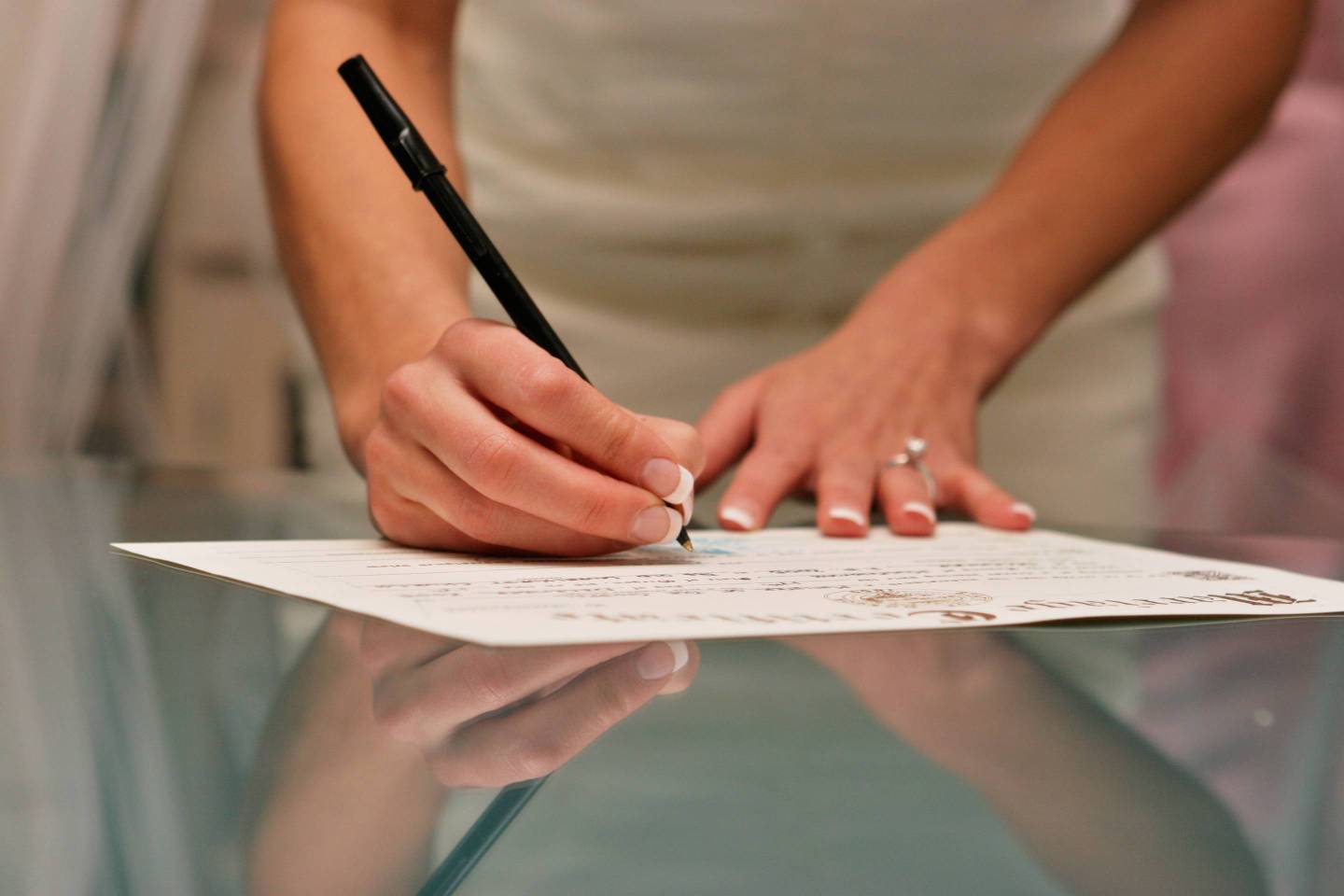 Close up hands shot of a bride signing her wedding certificate. Reflection is shown in the glass table and her wedding ring is visible on her hand.
sjharmon—Getty Images/iStockphoto

Most women who get married still take their husbands’ surnames—only around 20% kept their maiden name as of 2015. But as women are getting married later in life, a growing number are attempting to make that change with a backlog of professional memberships, bank accounts, airline rewards programs—all registered in their maiden names. As you might imagine, it can be a tricky transition.

It’s a problem Colie Christensen, née Aulson, experienced when she got married in 2014. Five years later, she’s launching NewlyNamed, a small, bootstrapped startup run out of Minneapolis that will send people kits to help them navigate name changes.

“Changing your name is exciting, but emotional,” Christensen says. “You’ve put your time, money, and effort into the wedding, and then you get back from the honeymoon and are tasked with this monstrous thing. It doesn’t need to be this complicated—someone just has to tell you how to do it.”

NewlyNamed customers fill out a survey online with their first name, last name, married name, address, date of marriage and gender, and then the company completes forms for them from voting registration to their driver’s license (leaving blank sensitive information like social security number and passport number). Customers also check off places they have accounts from a list of about 100 options, from Chase Bank to Hulu to a Target REDcard. For $39, they get a digital kit of instructions and pre-filled forms to print out at home and for $89 they get everything sent to them in the mail with prepaid postage.

Women have been changing their names without help from a startup for centuries, but Christensen believes there’s a market for the service. Andi Diederich, née Olson, used the kit after her March wedding and estimated it saved her hours figuring out which places she had to change her name first before moving on to others; she thought she probably would have forgotten to update her name on TSA Precheck if she hadn’t seen it on the startup’s checklist. Diederich’s kit missed one specific place she needed to change her name: the Nationwide Multistate Licensing System and Registry for her job as a mortgage lender.

Lee Funke, a Minneapolis-based influencer who NewlyNamed reached out to after her March wedding, had a similar experience and also thought she would have missed TSA Precheck and USPS. Changing her name was complicated by her public-facing job. “Google knows me by Lee Hersh. Sometimes I thought, maybe I shouldn’t change my name. But it’s a decision I’m making for myself and my family, and Google’s going to have to get on board,” she says.

Out of NewlyNamed’s 20 customers so far, all have been women changing their names after marriage. But Christensen expects that other demographics could use the service too, from women getting divorced to people changing their legal name after a gender transition.

—Get to know all of the 2020 Democratic presidential candidates

—Who does more housework: married women or single moms?

—Meet Chiquita Evans, who made history in male-dominated e-sports