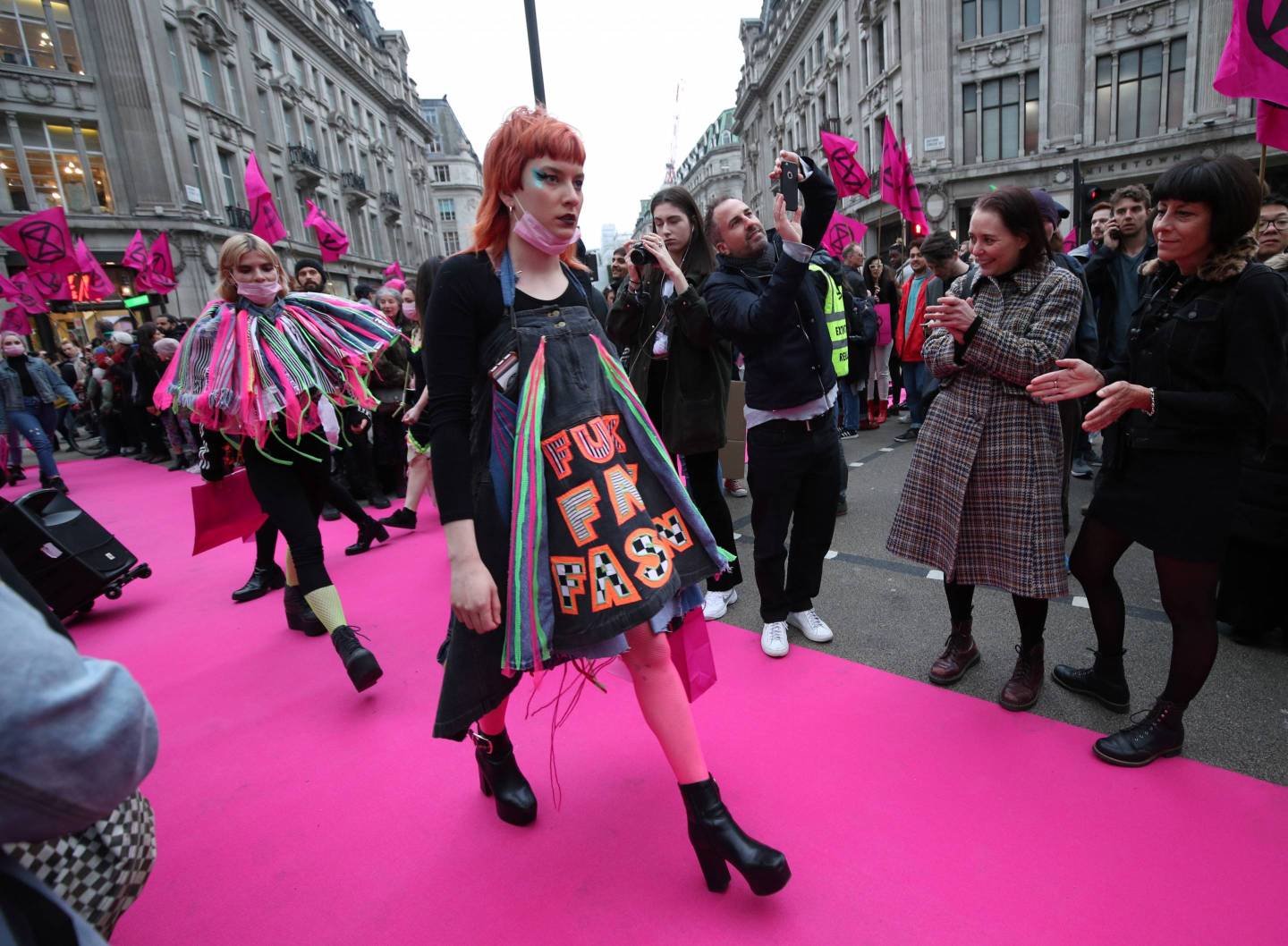 France, where luxury fashion is a lucrative sector, wants brands from around the world to commit to progress on issues including ocean health, biodiversity and climate change during this summer’s Group of Seven summit in Biarritz. Specific targets could include eliminating disposable plastics within three years or converting to renewable energy sources by 2030, Pinault said in an interview at a conference in Copenhagen.

“All of the major actors are working on these issues,” said Pinault. “The problem is that doing everything separately we don’t have the impact that we should.”

As governments and consumers have become increasingly concerned with the fashion industry’s harmful impact on the environment, some brands have banned the use of controversial materials like fur or deployed new materials like mushroom leather for handbags.

LVMH, which owns Louis Vuitton and Dior, this week announced a partnership with Unesco on protecting key ecosystems for supporting the luxury industry, like the habitat of black bees whose honey is used in its Guerlain skincare products.

Still, progress on improving fashion’s environmental and social impact isn’t moving fast enough to counteract the rapid growth in production, according to a report by consultancy BCG and sustainable-fashion groups last week. The worldwide apparel and footwear market’s expected growth, pegged at around 5% a year through 2030 by Euromonitor analysts, risks “exerting an unprecedented strain on planetary resources” by raising annual production of fashion to more than 100 million tons, the report said.

Eliminating the practice of destroying unsold fashion is a central part of reforms in the fashion industry. In France, a ban on the practice is being considered.

While mass-market apparel brands often mark down goods until their shelves are cleared, luxury labels have long preferred to burn some unsold items or bury them in landfills rather than risk damage to their image that might come from having them spotted in discount bins.

“Too many companies feel okay with just throwing away or destroying the shoes or the clothing that haven’t been sold,” French Deputy Ecology Minister Brune Poirson said at a conference on fashion and sustainability in Copenhagen. “You can’t do this anymore. It’s shocking.”

Poirson called on brands to tackle the matter at the industry level but said the government would pursue a ban. The pledge comes after Burberry Group Plc said last year that it would end the practice after the disclosure that the U.K. trenchcoat maker destroyed almost 29 million pounds ($37 million) worth of unsold goods in 2017.

Finding other ways to dispose of $2,500 jackets or $1,000 shoes will be challenging for luxury brands that don’t want to give away unsold items, since the array of materials in them could make recycling difficult.