Remember When the U.S. Government Paid for Childcare? 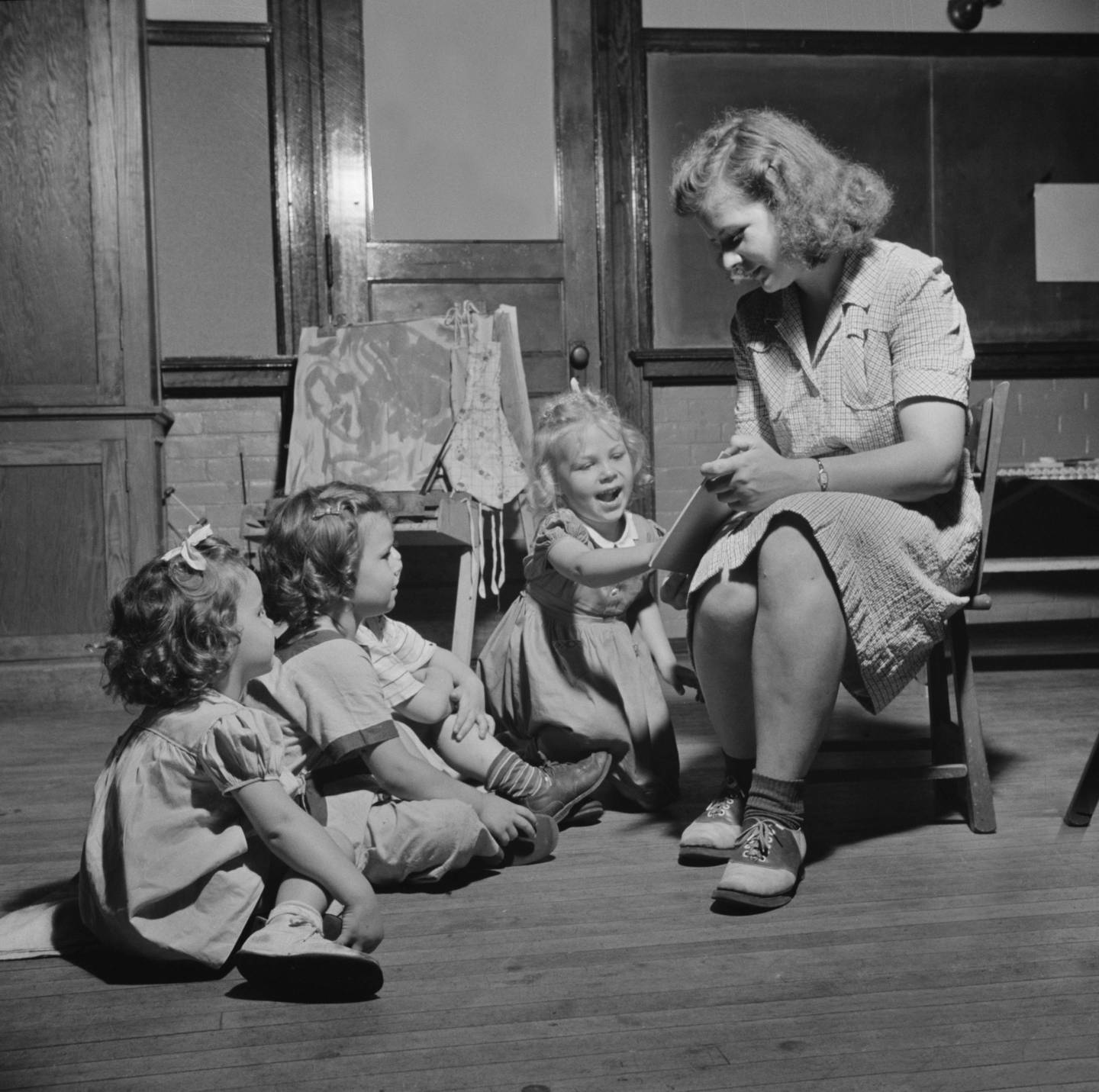 During World War II, the influx of women into the American workforce solved one problem—the labor shortage—while creating another: With women off to the factories, who would watch the kids?

When millions of women flocked to coastal cities to build ships, planes and artillery, many left behind the networks of friends and families who might’ve helped care for their children. Without them, some workers just parked their kids in cars outside factories and schools. Others sent them off to the movies for hours and hours.

So the U.S. government stepped in. Congress quietly added funding for community-based childcare centers in the Lanham Act, a wartime bill to support large-scale infrastructure projects. But even after he funding was in place, the public wasn’t sold.

“The idea that the government would be involved in childcare was a pretty radical concept, and it was not an easy sell,” says Lincoln Cushing, an archivist at Kaiser Permanente who has studied this period in the company’s history. During the war, Kaiser (then called The Kaiser Company) was building ships for the merchant marines. It used the government subsidies to build state-of-the art on-site day care centers for hundreds of employees’ children.

The widespread view of childcare at the time was that it was cruel, custodial, a last-ditch option for the poor or desperate. Most people still believed that in order to grow up safe, happy and well-adjusted, children should be cared for by a mother who stayed home full-time.

But Kaiser’s centers set a high standard of care, slowly eroding the public stigma. The inviting spaces were designed by famous architects. Warm meals, educational activities and structured play time filled children’s days until it was time to go home. The hours of care were accommodating to women’s round-the-clock shifts, and for a small fee, they would provide mothers with a hot meal to take home for dinner after they picked up the kids.

Studies of the centers showed that fears they would harm children were misplaced. In one study, teachers observed that 75 percent of kids made noticeable social progress. And researchers who interviewed 500 mothers with children in the centers found that every single one said their kids enjoyed nursery school. Many said they became better mothers.

When the war ended, so did the funding for childcare centers. But in the few short years they were around, the publicly-funded day cares changed the way Americans thought about childcare. In 2019, the grim reputation that once tainted communal care is largely gone. More than 70% of children between 3 and 5 go to daycare or preschool—while their parents go to work.

—How civil rights and liberties activists are taking on Capitol Hill

—21 abortion restrictions have already been enacted in 2019

—Should Title VII civil rights protections include the LGBTQ community?

—Human Trafficking is an epidemic in the U.S. It’s also big business