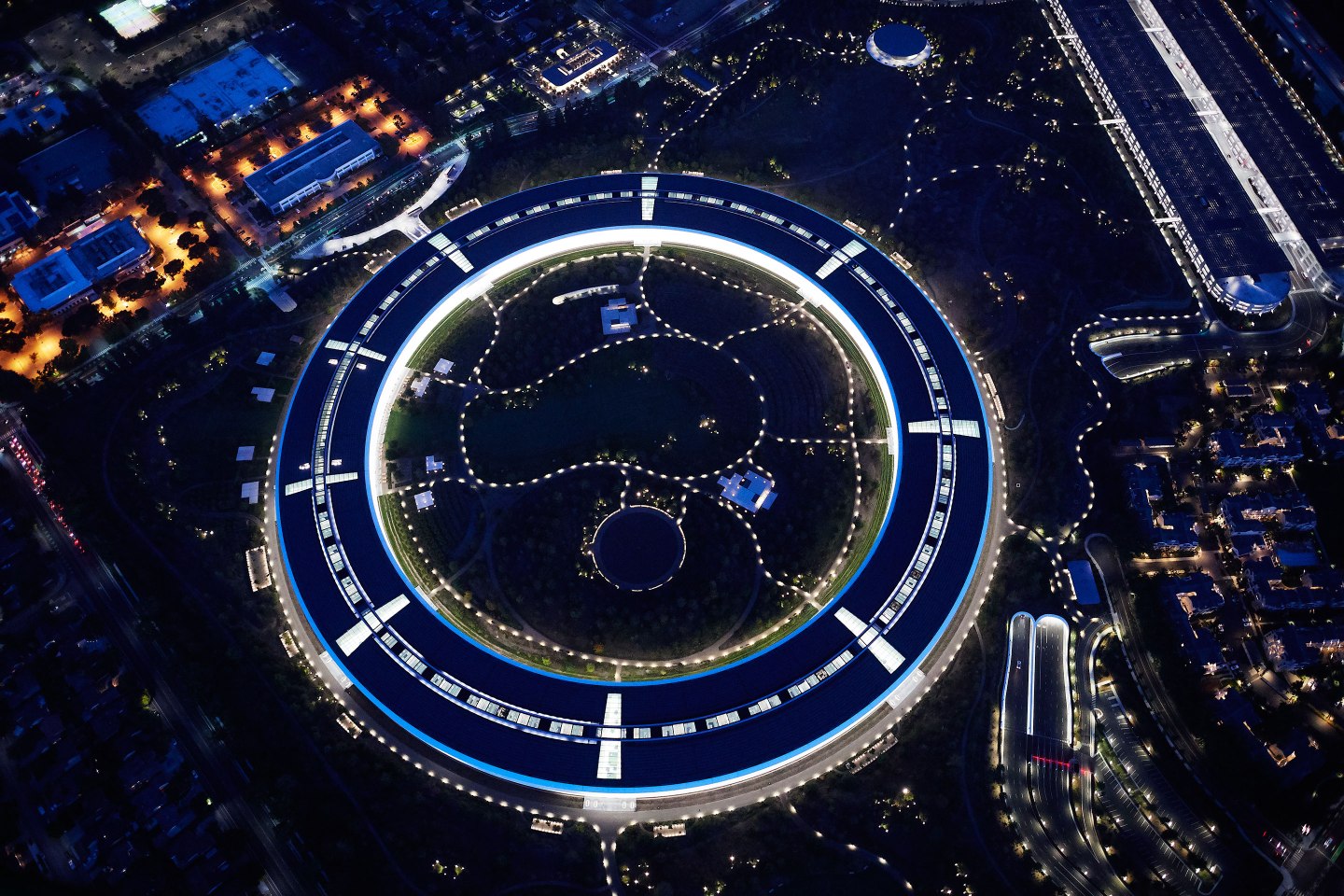 Silicon Valley and beauty don’t typically go together. Sure, the hills surrounding the office parks are drop-dead gorgeous. But the buildings? The compound adjective “low-slung” is how I most typically hear them described.

My glimpses don’t come close to comparing to the shots photographer Cameron Davidson has captured, displayed in a stunning slideshow here by Fortune’s Alex Scimecca. Check out the gee-whizness of Apple, the methodical blandness of HP, the otherworldly power up against nature of Facebook, the corporate matter-of-factness of Oracle. Silicon Valley, it turns out, does have culture. It is reflecting in the office buildings its companies erect.

That’s it for today. Enjoy the photos.

Thumping the competition. The Department of Energy needs compute cycles like Giannis Antetokounmpo likes to dunk on my Boston Celtics. On Monday, the department announced it was building a new $600 million supercomputer to be the world's fastest, called Frontier, with Cray Computing and using Epyc CPUs and Radeon GPUs from Advanced Micro Devices, a big win for the challenger in PC chips. Planned to go online at the Oak Ridge National Lab in 2021, Frontier will be able to perform 1.5 quintillion calculations per second, or 1.5 exaflops, 10 times faster than the current fastest supercomputer.

Tabulation tribulations. In preparation for the 2020 elections, Microsoft says it will offer free software to protect against hacking and help make sure votes are properly counted. The open source effort, dubbed ElectionGuard, was created with partner Galois, a Portland, Oregon, maker of security apps. Meanwhile, not every demo had its day. An effort by Epic Games and Industrial Light & Magic to recreate the Apollo 11 moon landing using Microsoft's HoloLens 2 for the Monday keynote at Microsoft's Build 2019 conference flopped and wouldn't run. “Well, it seems that doing a live demo is actually harder than landing on the moon,” joked Man on the Moon author Andrew Chaikin live on stage.

Crunch time. Tech stocks got walloped, at least initially, on the stock market on Monday after President Trump's latest tweets threatening to escalate the trade war with China. By the end of the day, there was a modest recovery. But Apple, Nvidia, and Netflix finished down 2%, while Microsoft, Facebook, and Intel lost 1%.

Speaking of Apple, CEO Tim Cook did some interviews on Monday and told CNBC that his company does an acquisition every two to three weeks, but most are small and not disclosed. Apple is “primarily looking for talent and intellectual property,” Cook said on CNBC.

New charges. Over half a dozen women are suing Amazon alleging that they were fired from warehouse jobs at the company after informing their managers that they were pregnant, a CNET investigation reports. Amazon declined to comment on the lawsuits but said it works with employees "to accommodate their medical needs including pregnancy-related needs."

May I make a suggestion. Two cool new little tidbits to add to your software toolbox. Twitter is finally letting posters add pictures and GIFs to quote retweets. And Microsoft is rolling out its Ideas A.I. tool to Word to make suggestions for improving users' writing.

Former Microsoft executive Bob Muglia is out as CEO of cloud data startup Snowflake after five years. He will be replaced by Frank Slootman, former CEO of software developer ServiceNow...Some changes afoot at T-Mobile. Tom Keys, the head of the prepaid unit Metro, is stepping down as the brand becomes mores closely integrated into T-Mobile's main unit. Matt Staneff gets bumped up to chief marketing officer. And Jeff Binder, who co-founded the cable service Layer3 TV that T-Mobile acquired last year, is leaving.

While e-commerce spreads across the developed world, the same strategies and tactics used by the biggest companies don't always translate well to less-developed markets. Neil Munshi has an on-the-ground report for The Financial Times from Lagos, Nigeria, about the ways smaller players are succeeding selling online in that part of the world. African e-commerce site Jumia, which went public on the New York Stock Exchange last month, shows how it's done. For one, customers don't pay in advance.

Like its rivals in many developing countries, Jumia offers payment on delivery “as a marketing tactic” since customers are worried about being scammed and are uncomfortable sharing their information online, said Juliet Anammah, chief executive of Jumia Nigeria, which accounts for about a quarter of the business by sales, sellers and customers. “If you have those kinds of mental barriers, one way to break them is to say you’re not sure, fine, use cash on delivery — and when the things come to you, you decide if you want it,” she said.

After GDPR Struggle, Are Companies Ready for the Next EU Data Law? By Robert Hackett

Will 'Avengers: Endgame' Continue to Dominate the Summer Box Office? By Paula Bernstein

Why the New U.S.-EU Trade Talks May Be Doomed Before They Even Start By David Meyer

I'm just back from a quick trip to Oslo (could you tell I had Norway on the brain last week?) and reading through the excellent email follow up to Friday's essay about the best sci-fi on streaming video. I forgot a lot of great stuff, as readers reminded me. Netflix ran Altered Carbon, based on the books by Richard Morgan, The Umbrella Academy (a favorite of my 14-year-old son), and Black Mirror. And Amazon is developing, among its other prized sci-fi rights, a series based on the award-winning Chinese trilogy The Three Body Problem by Liu Cixin.