A Guide to the Food and Wine Capital of South Africa 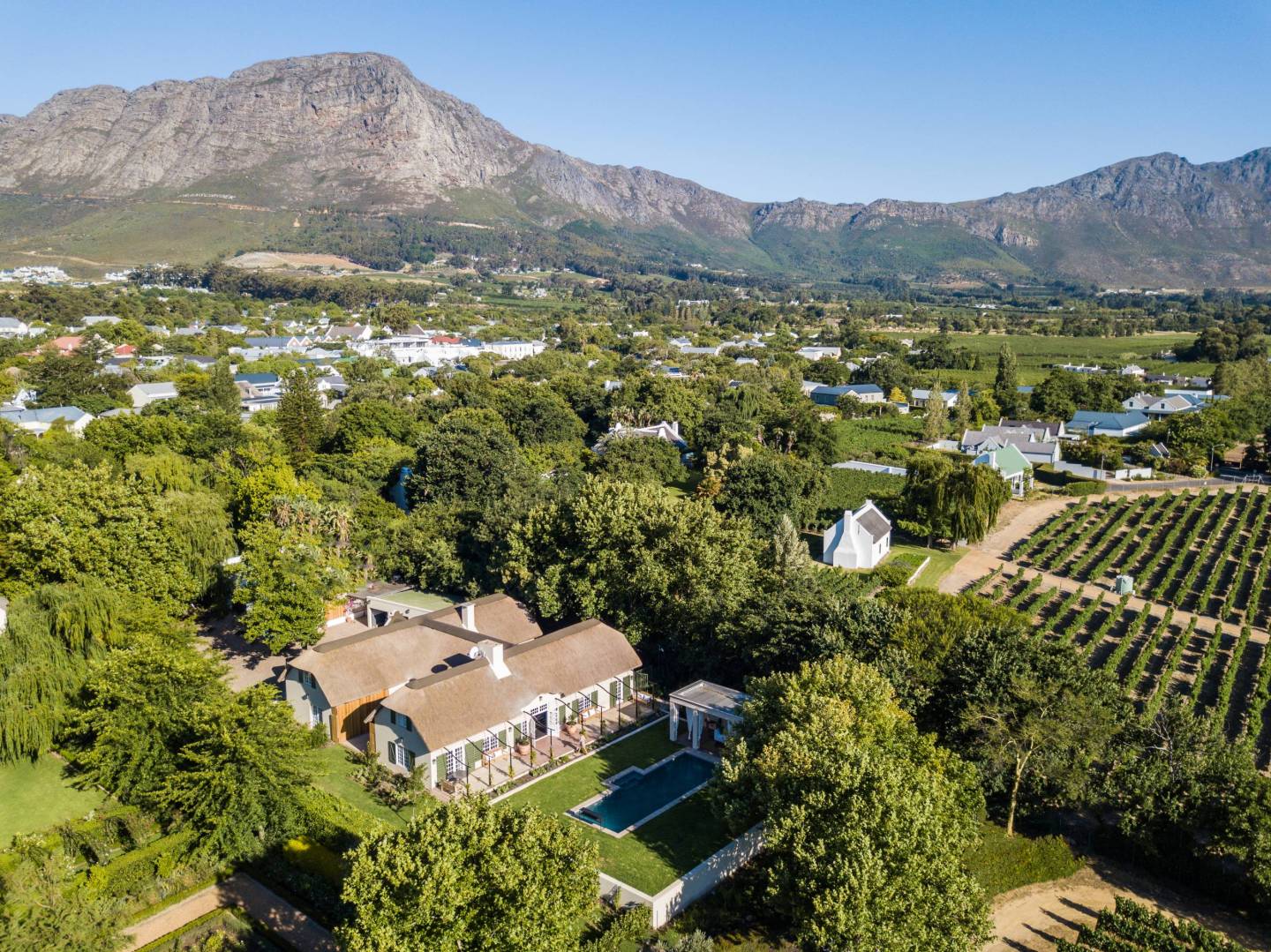 The Cape Winelands, South Africa’s spectacularly scenic wine country in the country’s southwest, spoil visitors for choice in terms of opportunities to eat, drink, and explore.

With world-class cuisine, hundreds of wine farms steeped in centuries of history, and some of the best hotels in all of Africa, this singular region also offers incredible value for the dollar.

Read More: Cape Town: The Wondrous Winelands at the Edge of the World

Below is Fortune’s guide to three of the winelands’ most compelling destinations.

First settled by French Huguenots in 1685 and one of the most enchanting enclaves in South Africa, this refined village, less than a 90-minute drive from Cape Town, is widely regarded as the country’s gastronomic capital.

Where to drink: One of Franschhoek’s most esteemed wine estates, Haute Cabrière dates back over 325 years and features an underground tasting room built into the side of Franschhoek Mountain. At Colmant, South Africa’s first cellar entirely dedicated to Méthode Cap Classique, owner Jean-Philippe Colmant and his family produce award-winning premium sparkling wines across six different blends using only pinot noir and chardonnay grapes.

Where to splurge: A favorite of high-flyers like Elton John, La Residence, nestled on a private 30-acre estate where peacocks roam free and surrounded by vineyards, olive groves, and plum orchards, epitomizes wine-country luxury, with 11 opulent suites (each one unique) in the main hotel and 5 vineyard suites ideal for families and small groups. While you’re there, be sure to schedule a wine tasting with Ricardo Roux, the resort’s charming and gifted sommelier, whose passion for South African wines is contagious.

Getting around: The Franschhoek Wine Tram, which rolls along tracks originally built in 1904 as an alternative to ox-drawn carts to transport farmers’ produce to market, gives visitors a fun, user-friendly way to explore the valley. Stopping at some of Franschhoek’s most esteemed wine estates, the 1920s-style, double-decker tram cars let passengers hop on and off at their leisure.

This charming college town (home to Stellenbosch University, the country’s oldest), often referred to as Eikestad, or “city of oaks,” because of the myriad trees planted by founder Simon van der Stel, has long been considered the center of the South African winemaking industry, as well as the historic heart of the country’s wine routes.

Where to eat: With its inspired menu of small plates, including dishes like celeriac risotto and octopus carpaccio with fig, and a newly revamped design, the award-winning Makaron in the Majeka House hotel is making waves on the Stellenbosch dining scene. Foodies also flock to Overture for its scrumptious four-, five-, and eight-course tasting menus and spectacular wineland vistas.

Where to drink: There are few lovelier ways to spend an afternoon than sampling the estate varietals on the paradisal outdoor terrace at Jordan Wine Estate, where the vineyards boast panoramic views of Table Mountain, False Bay, and Stellenbosch. Having just opened last December, Quoin Rock, on the slopes of Simonsberg Mountain, is one of the newest additions to the Stellenbosch wine farm circuit. Its Gåte Restaurant serves imaginative cuisine in a sun-splashed, impeccably designed space, while the stunning Manor House, which presides over the winery from 1300 feet above sea level, dazzles as a breathtaking venue for a special event in its majestic manicured gardens.

Where to stay: Perched on the crest of the Helshoogte Pass, one of the most scenic drives in the Western Cape, Delaire Graff Estate commands truly awe-inspiring views of Stellenbosch’s vineyards and the surrounding landscape. Renowned works of South African modern art, personally selected by owner (and diamond titan) Laurence Graff from his private collection, help to amplify the rarefied atmosphere, as does the top-notch spa and 72-foot infinity pool. The resort’s 16 individual lodge suites, all with heated plunge pools, include six brand-new Superior Lodges that debuted last December, while an uber-luxe four-bedroom, 7,000-square-foot Owner’s Villa will be available to book starting next month.

Fittingly named “heaven and earth,” this pristine valley, long regarded as a place of healing, was once home to a leper colony in the early 19th century, likely owing to its formerly isolated location in the emerald hills that rise above Hermanus, South Africa’s seaside whale-watching capital. In recent years, thanks to its acclaimed Pinot Noirs and Chardonnays, it’s emerged as one of the premier wine-producing regions in the New World.

Where to eat: The wine-and-tapas pairing at Creation Wines, perched on the scenic Hemel-en-Arde Ridge, offers a delectable way to sample the winery’s fruit-forward wines with six sophisticated small-plate courses, while its five-course, eight-wine “Harvest Story of Creation” menu attracts discerning visitors from far and wide. Down at the seaside in Hermanus, overlooking Walker Bay, La Pentola serves up a wide array of fresh seafood, exotic game, and vegetarian dishes.

Where to drink: Legend has it that Tim Hamilton Russell, founder of Hamilton Russell Vineyards, the first winery in the Hemel-en-Aarde Valley, traveled to France and smuggled noble Chardonnay vines back in his boots to jump-start his operation on the 420 acres he purchased in 1975. Whether the smuggling method is a tall tale or not, Hamilton Russell now enjoys an undisputed reputation for producing some of the best cool-climate pinot noirs and chardonnays in South Africa.

Where to stay: A sister property of La Residence in Franschhoek, Birkenhead House makes guests feel truly at home in a chic, 11-room study in intimate beachfront luxury. The hotel’s exceptional hospitality and top-notch cuisine are rivaled only by its awe-inspiring views of the whale-watching paradise of Walker Bay.