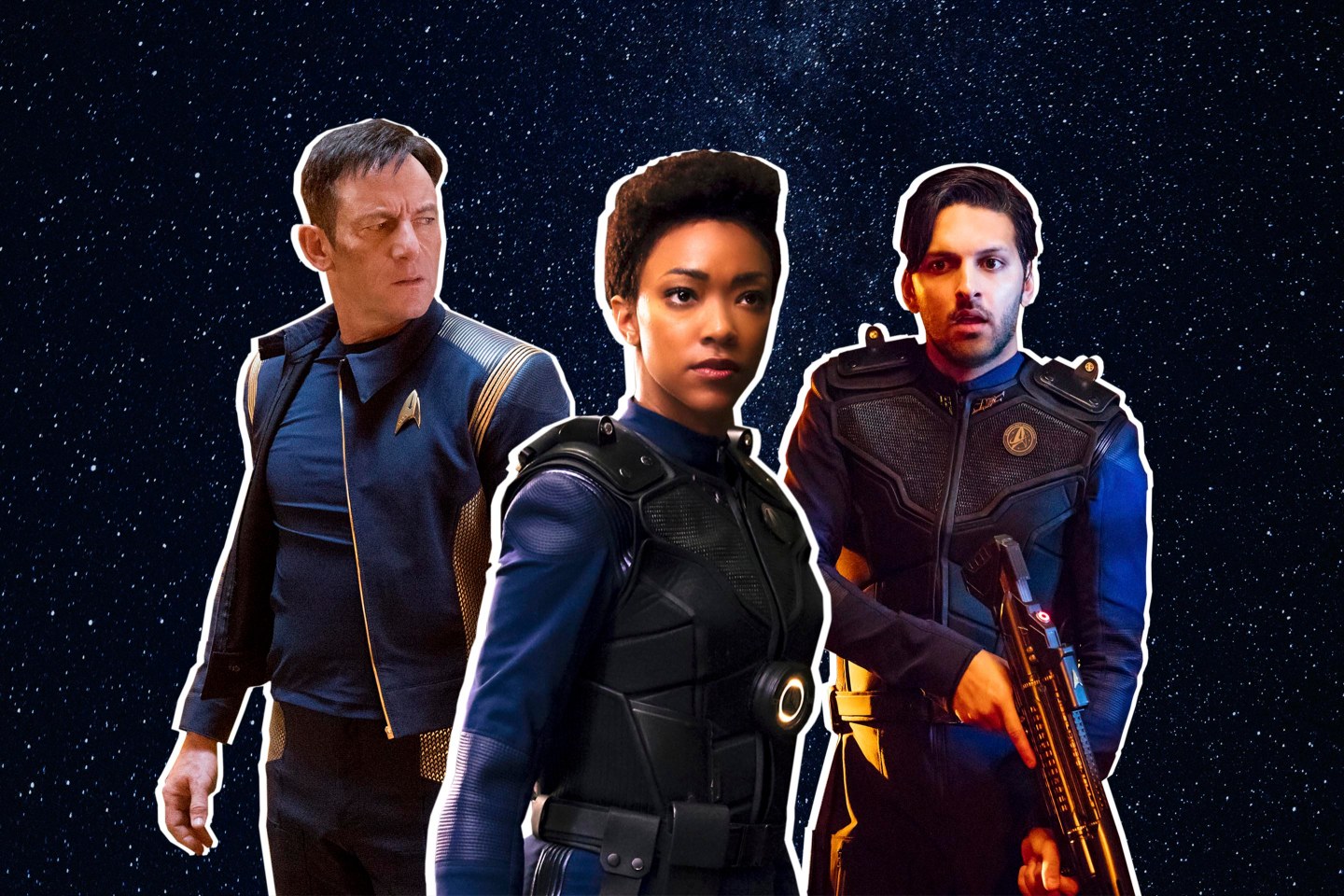 It looks like CBS wants Star Trek to boldly go where it has never gone before.

With last week’s surprise announcement that CBS Studios and Nickelodeon were moving forward with a new Star Trek animated series aimed at a younger audience, there could soon be five concurrent television shows set in the Trek universe. The new Nickelodeon series is the clearest sign yet that the sci-fi stalwart is entering previously unprecedented territory: the realm of mega-franchises like Star Wars or Marvel. Recruiting a new, younger fanbase could be key to building the franchise up to that level.

“They’ve never done something like this before,” says Steve Shives, who hosts the popular fan show Trek, Actually on YouTube. “I think it will be really cool if there’s a good gateway for young people to enter the franchise.”

The most recent Trek TV revival began in 2017 with Star Trek: Discovery, which just wrapped up its second season on the CBS All Access streaming service. Aside from Discovery and the new Nickelodeon series, CBS Studios is working on a show featuring Patrick Stewart, who will reprise his iconic role as Jean-Luc Picard from Star Trek: The Next Generation. The studio is also working on a show focused on Michelle Yeoh’s morally ambiguous character from Discovery, as well as a comedic animated series called Lower Decks created by Mike McMahan, a writer from Adult Swim’s Rick and Morty. Then there’s Short Treks, an anthology series of Discovery-adjacent shorts that premiered between the show’s first two seasons.

CBS Studios appears to be taking a page from the Disney playbook by building an interconnected universe and filling it with different types of stories. Both Marvel and Star Wars have animated shows and even YouTube shorts aimed specifically at inducting kids into the fandom. CBS’s latest gamble with Trek appears to be the same: hook them when they’re young and you’ve got a lucrative fanbase for decades.

“Star Trek has never really been perceived as being on the same level as something like Star Wars or Marvel. The kind of thing that everybody talks about,” Shives said.

He has a point: despite near-ubiquitous cultural awareness, not all Trek movies have even been released worldwide. The highest grossing of the eight global releases, Star Trek Into Darkness, made $467 million worldwide, according to Box Office Mojo. Meanwhile, all but three Marvel Cinematic Universe movies outperformed that movie globally.

“I think the people in charge of it now are realizing they have 50 years of material to build on and they can go in any direction,” Shives says.

Alex Kurtzman, Discovery’s executive producer, will oversee all the new Trek shows and told Variety that the Nickelodeon show was explicitly designed for “bringing Trek to a younger generation around the world.” A representative for CBS did not respond to a Fortune request for comment.

Star Trek movies seemed like they were heading for a revival with J.J. Abrams’ 2009 reboot, which spawned two sequels. But since 2016’s Star Trek Beyond underperformed, there’s been little news or production information about a fourth film in the series. That’s led many to speculate that it’s stuck in development hell.

The last big Trek boom on television came in the ‘90s and early 2000s, with shows like Deep Space Nine, Voyager, and Enterprise airing while movies starring The Next Generation cast were in theaters. That era came to an end when Enterprise was canceled in 2005, leading to a nearly decade-and-a-half drought of Trek television shows.

Each of those Trek series were fairly similar adventure-of-the-week type fare. But the latest batch of shows span across genres—from comedies to dramas.

Like Marvel, Trek has decades of stories and characters to draw from. Discovery has already brought in iconic characters like Spock, originally portrayed by Leonard Nimoy and played in the new series by Ethan Peck.

But there are major differences too: Discovery has an ongoing story and is much more fast-paced action than previous Trek shows. The other series—a more mature drama starring Yeoh and an animated comedy—could expand the franchise to a wider audience.

That includes younger viewers never explicitly targeted by Trek before, along with a more diverse audience. Discovery’s lead, Sonequa Martin-Green’s Michael Burnham, is a woman of color. One of the show’s major romantic subplots revolves around a gay couple played by Anthony Rapp and Wilson Cruz.

Diversity has always been a major part of Trek’s idealistic future—the original series featured one of television’s first interracial kisses in 1968. But Wright, who is queer and trans, predicts that greater inclusivity will be a key aspect of expanding the franchise.

Wright, who discovered Trek as a kid by stumbling across a marathon of The Next Generation says she’s excited to get more universe-building with each new show and that while a kid-oriented show may not be aimed at her, it could be good for the franchise as a whole.

“Even if I’m not hugely fond of it, I hope kids get a gateway into the rest of the Star Trek universe because Star Trek has meant so much to me,” she says. “I want everyone in the world to get what I have gotten out of it.”

Much of that will hinge on whether a youth-oriented Trek can appeal to the same young fans turning out in droves for each new Marvel movie.

“If it turns out to be a good show and it catches on, I think that’s a terrific thing,” says Shives. “But it all depends on whether or not it’s a good show.”