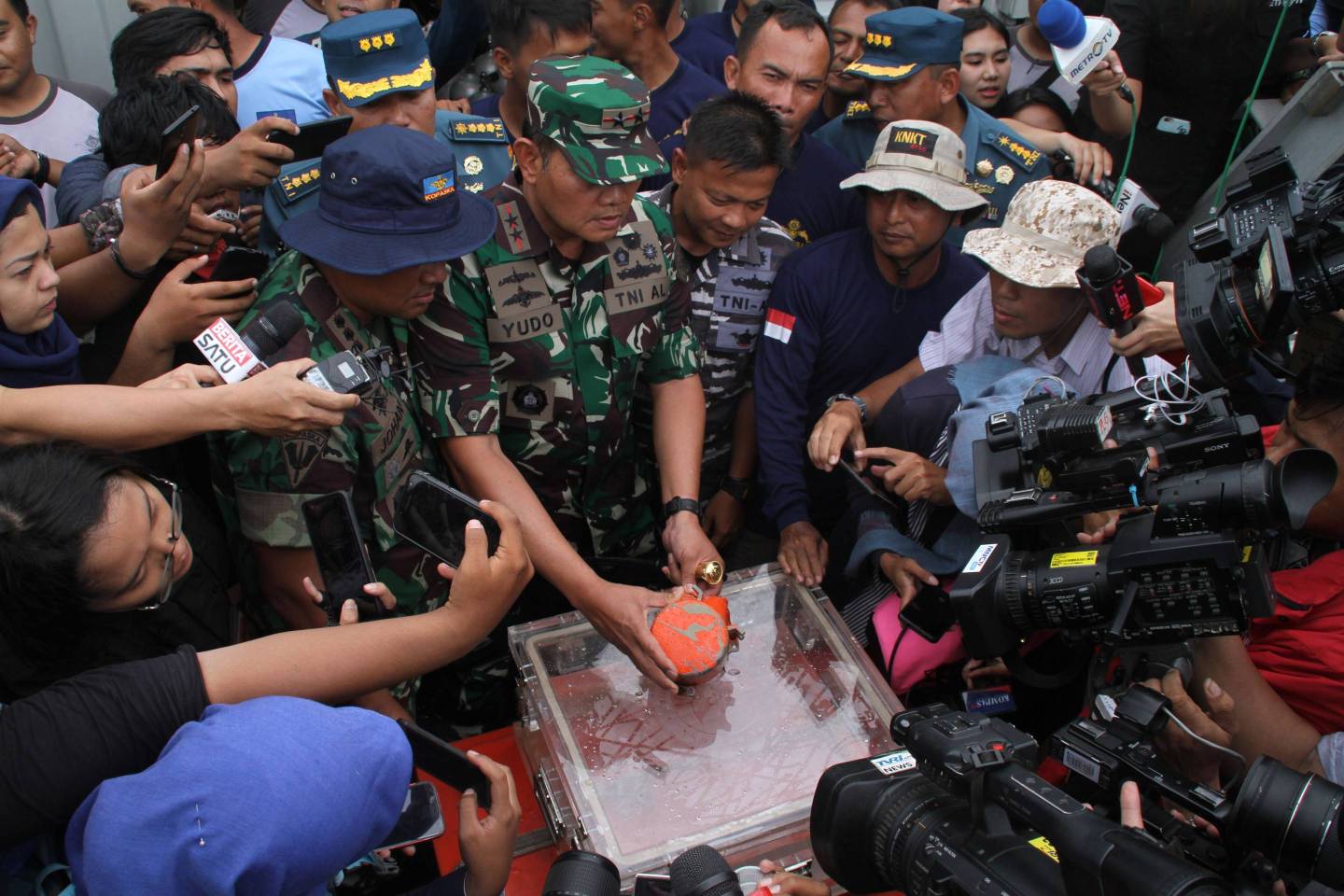 A cockpit voice recorder, the second "black box" from Lion Air flight 610 that crashed last October killing all 189 people onboard, is displayed to the media by Indonesian Navy personnel after the device's recovery at sea off the coast of Karawang on January 14, 2019. AZWAR IPANK AFP/Getty Images
Azwar Ipank—AFP/Getty Images

Honeywell International Inc. is creating a new kind of black box for airplanes that will increase data storage and, for the first time ever, use satellite connectivity that would allow for immediate, remote retrieval of plane crash data, the aerospace company announced Thursday.

“It promises tremendous value for investigators by giving them early insight into accidents,” air safety consultant Bill Voss told the Wall Street Journal in a statement. “You’re going to have some data, and you’re going to have it immediately.”

Immediacy often isn’t an option when it comes to retrieving black box information.

Although Air France Flight 447 crashed over the Atlantic Ocean in 2009, its black box wasn’t recovered for another two years, and after $40 million was spent combing the sea for the wreckage, CNN reports.

“Fortunately they found these boxes,” former National Transportation Safety Board inspector Greg Feith told CNN. “But who knows, tomorrow we could lose another airplane and not be so lucky.”

Such was the case for Malaysian Airlines flight MH370, which mysteriously went missing in 2014. In spite of many searches, the plane and black box have yet to be found—leaving the family members of 239 presumed dead without closure.

Updating black box technology has been a part of public discourse for years—leaving many air travelers wondering why they, personally, can use wifi on flights, while black boxes cannot.

The WSJ notes that there is still an ongoing debate among aerospace industry experts regarding the benefits of streaming data versus physical, “deployable recorders,” which could be ejected from a plane’s tail and float on water in case of an accident.

“The importance of reliable Cockpit Voice and Flight Data Recorders cannot be overstated,” Ben Driggs, Honeywell’s president of services and connectivity, said. The company is working with cockpit voice and flight recorder maker Curtiss-Write, “to design and develop the next generation of recorders that leverages our full hardware and software expertise to meet the 25-hour requirement, to identify the right information and make it available to airline operators when it’s most needed.”