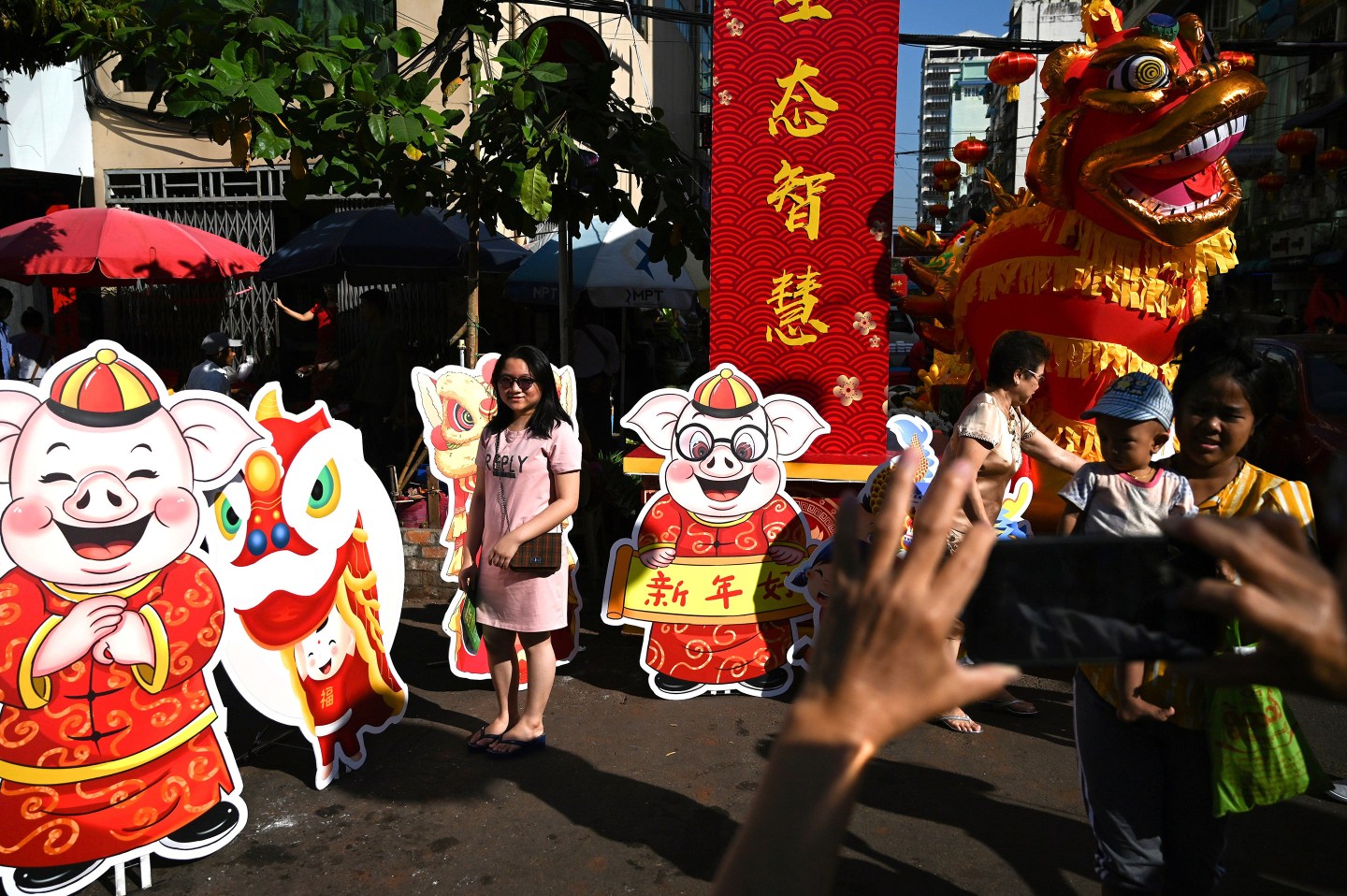 For celebrants around the world, today starts the Lunar New Year, a party which includes the largest annual wave of human migration. This year, about a billion people are expected to be making a traditional pilgrimage, often back to their family homes to eat, light fireworks, and ring in the Year of the Pig.

In Chinese astrology, the pig is a symbol of optimism and hard work, and this year, it is expected to be yet another boon to CTrip International, the Shanghai-based, $20 billion online travel agency. CTrip expects to service a big chunk of the Lunar New Year Travel – some 390 million domestic and seven million outbound trips by Chinese tourists.

The company has a fascinating history, having survived the dot-com bust to make increasingly big bets on the future of travel in China. Despite the fact that only 5% of Chinese citizens have a passport, tourists took 131 million overseas trips last year spending $250 billion, according to McKinsey & Company, a figure that’s expected to grow to 160 million and $350 billion spent by 2020. CTrip earned $3.97 billion in 2017, up 37% from the prior year.

CEO Jane Sun has been working her way up the company’s org chart since 2005, earning her a spot at no. 32 on Fortune’s Most Powerful Women International list. The company’s strength has been their savvy use of technology which lets them profile potential customers and help hotels predict peak periods. And they’re not afraid to think big. “In 2017 we offered 22 high-end tour packages priced at $200,000 each,” Sun tells Fortune’s Eamon Barrett. “It only took us 17 seconds to sell them all.”

But while Chinese citizens are traveling more, Chinese Americans are losing access to their neighborhoods and struggling to be seen at work.

For millions of Chinese immigrants to the U.S. over the last hundred years, their first stop was in an affordable Chinatown, home to familiar dialects, an instant network, and of course, optimism and hard work. These neighborhoods, long neglected by outside investors, are starting to disappear, displaced as white professionals begin migrating back to cities and thirsty developers begin buying up buildings to refurbish.

A 2013 study sponsored by the Asian American Legal Defense Fund found that from 1990 to 2010, Asians went from a majority to a minority of the residents of Chinatowns in Boston, New York, and Philadelphia. D.C.’s Chinatown is down from 3,000 to about 300 Chinese residents. “Once you have more luxury units, that starts demographic change, whether it’s Harlem or Chinatown—those signs for luxury housing are the beginning of the end,” Andrew Leong, a professor at the University of Massachusetts at Boston told The Atlantic’s Alana Samuel.

These changes are happening at the same time that professionals of Asian descent are grappling with their place in corporate life, a phenomenon recently covered by Fortune.

“Asian Americans are the forgotten minority in the glass ceiling conversation,” says Buck Gee and Denise Peck, two former Silicon Valley executives, in this analysis published by HBR. In fact, they found, they may not even be counted in corporate diversity reports at all.

In one report from a major tech firm, “Asian men are lumped into a ‘non-underrepresented’ category with white men…Asian women are assigned to a category that includes women of all races.”

The pair poured through EEOC data to compile the “The Illusion of Asian Success” report for Ascend, a non-profit leadership organization for Pan-Asian professionals. They found that while Asian American professionals in the U.S. were more likely to be hired, they were less likely to be promoted into management roles than any other race. “The large numbers of Asian Americans in the professional workforce confirm that businesses are finding qualified Asian Americans to hire,” they write, but the disparity is alarming. “[C]ompanies have not done an adequate job of identifying and developing Asian American talent.”

Starbucks’ COO Rosalind Brewer is joining Amazon’s boardThe company has been under pressure to diversify their currently all-white board, promising to consider a Rooney-rule style proposal for board appointments after an outcry from shareholders and the Congressional Black Caucus. According to official filings, Brewer will become the tenth board member, fourth woman, and second black director in the company’s history. The retail giant had been recruiting Brewer when it amended its corporate governance guidelines last year; the company’s previous black board member was Myrtle Potter, former president and COO of Genentech, who was appointed in 2004 and stepped down in 2009.USA Today

It was a funny thing, forgiveness. You could spend years being angry with someone and then realize you no longer felt the same, that your usual mode of thinking had slipped away when you weren’t noticing.—Lisa Ko, from her novel, The Leavers