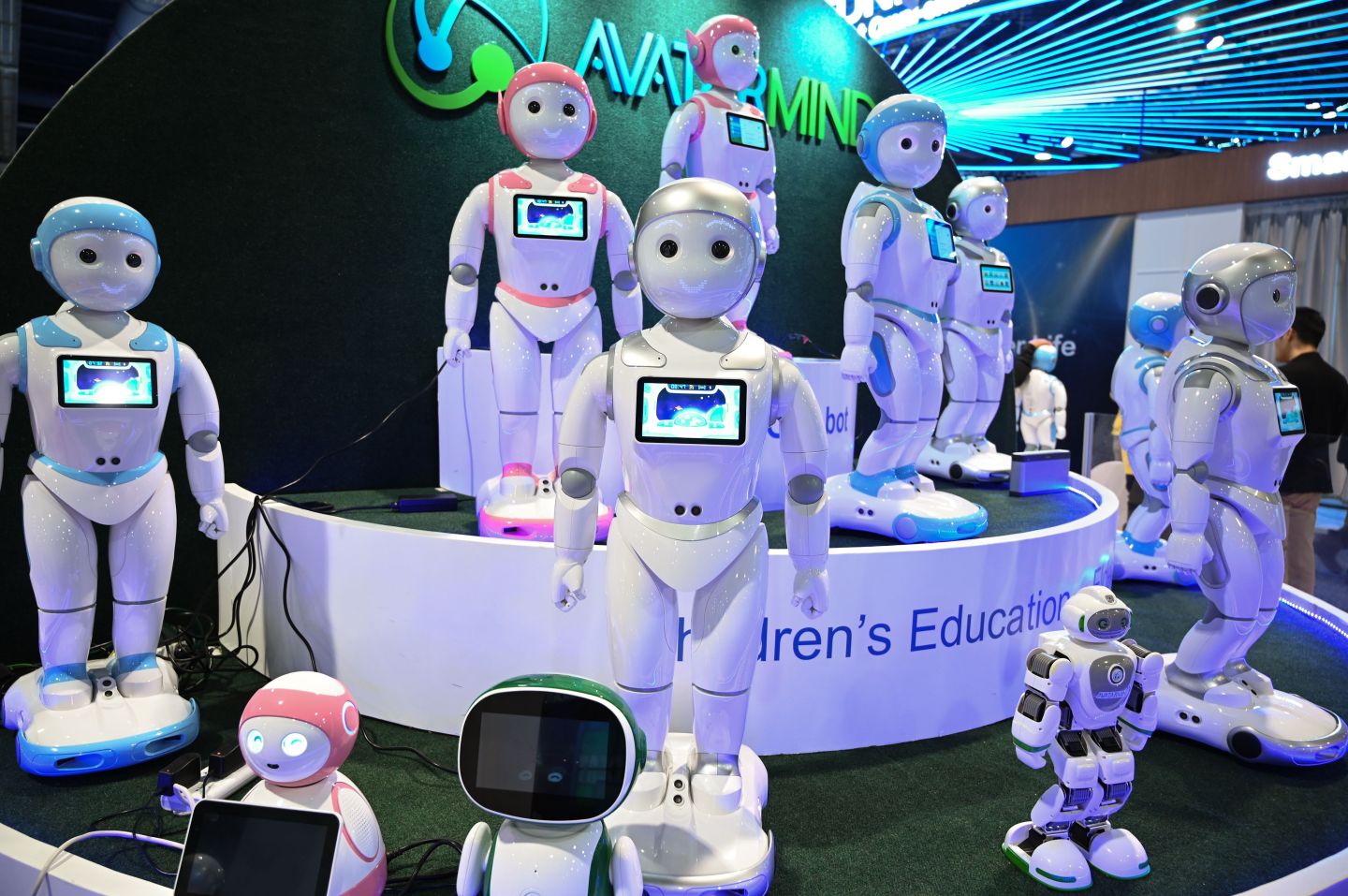 The World Economic Forum annual meeting convenes this week in Davos, Switzerland. (I’m skipping this year; there’s a lot to be done in the office.) One of the biggest topics on the 2019 agenda, as it was last year, is artificial intelligence. That’s because A.I. is at once an irrefutably important technological trend sweeping the business world and the subject of a commensurate amount of hype.

After all, an immutable law of technology and business is that any complicated development brings with it self-proclaimed priests of said subject intent on frightening the less-informed into buying their goods and services. A corollary to this law is that the program in Davos will include oodles of panels devoted to the subject. As I note in this article from the current issue of Fortune, no fewer than 11 sessions reference A.I. this year. Enlightenment isn’t promised to follow.

A.I. is no hoax. Hype is the natural byproduct of innovations that can make people money. The point, as various experts explain in my article, is to understand what A.I. can do—discrete tasks its designers have trained it to learn to do—and what it can’t, just about anything that requires the human qualities of nuance, empathy, or wisdom.

Ahead of Davos, I typically call Ian Bremmer, boss of political-intelligence consultancy Eurasia Group, who’s also sitting out this year’s proceedings. Bremmer travels the world checking in on politicos and advising corporate clients on how to deal with governments. Here are a few of the themes he’s watching this week from afar:

* Europe’s weakness. Given their proximity, European political and business leaders show up in force at Davos, Bremmer notes, “hitting above their weight, even though they have very little constructive to say right now.” The Brexit mess, Macron’s woes in France, the forced end of the Merkel era in Germany, various strongmen around Europe’s edges—none of it is good. Contrasted with the United States, where Bremmer notes Donald Trump “can’t undo American institutions,” try as he may, “in Europe you have leaders trying to undo institutions”—and succeeding.

* Big Tech in duress. “It is very clear that for all the efforts of the tech companies to say ‘We’re going to build a new world order where we’ve got the solutions,’ they are getting hit from all sides,” says Bremmer. “The Chinese are building alternatives they can’t invest in. And they’re getting pushback from the U.S. public, from European regulators, even from each other,” as Apple bashes Google and Facebook while Microsoft slyly recommends regulation of a narrow sliver of the privacy debate, facial recognition.

* (More) pressure on elites. The Davos meeting is a sometimes surreal juxtaposition of high-minded bloviating about repairing the world even while corporate honchos spend enough on over-the-top parties to feed multiple homeless encampments back home for years and Russian oligarchs host debauched after-hours affairs in the villas outside of town. At root, the businesspeople are in Davos to do business, which is only problematic to the extent they insist on pretending otherwise. “It’s not that globalization is broken,” says Bremmer. “It’s not. It’s the perception that elites have used open borders to enrich themselves. As much as Klaus [Schwab, the iron-fisted WEF founder] wants to check the box and show he has addressed it, the fact is that what people really want to talk about are their shareholders, their business models, etcetera. They’re not really interested in trying to explore how their biz models may be broken and what’s threatening them.”

To Bremmer’s final point, I’ve been carrying around with me for a bit now this David Leonhardt column from early December, “When C.E.O.s Care About America.” (The online headline: “American Capitalism Isn’t Working.”) It’d be a good short read for the pooh-bahs in Davos to read while being shuttled in their heated sedans from one event to the next in the frigid Swiss town.

Spoilt. Food delivery startup Munchery is closing effective immediately. The San Francisco-based company, which raised over $125 million of venture capital, said customers would be refunded for any outstanding orders.

Hit the spot. Sure, there are plenty of startups working on self-driving cars and scooters, but what about self-drivings scooters? Uber is creating a "micromobility robotics" team to try to build bikes and scooters that can return themselves to a charging location.

Emptying the closet. Mapping specialist TomTom is selling its fleet management unit to Bridgestone for $1 billion, as it builds its war chest to compete with various larger rivals like Apple and Google (and to help fund a special dividend planned for the third quarter).

Not how we play the game. France fined Google $57 million for violating the General Data Protection Regulation by not providing clear enough information when asking users for consent over data collection. Google said it was "studying the decision to determine our next steps.” Meanwhile, under Europe's "right to be forgotten," a Dutch court ordered Google to remove from its listings accurate search results about a surgeon disciplined for medical negligence.

AliveCor is losing CEO Vic Gundotra, who took over at the health care wearable in 2015 after leaving Google as a senior vice president. Gundotra, whose wife has cancer, is leaving for personal reasons but will remain on AliveCor's board...Slack's chief product officer, April Underwood, is leaving to focus on investing. She will be replaced by Tamar Yehoshua...Facebook hired Ryan Cairns as head of its Portal hardware team. Cairns spent a dozen years at Google, most recently leading an AR/VR engineering team...John Lilly, former CEO of Mozilla, is stepping down as a general partner at Greylock Partners to spend more time on political causes, Recode reports.

You most likely have already seen at least clips from the video showing an ugly confrontation between some Catholic high-school students and a Native American war veteran in Washington, D.C. After the initial video went viral, other videos emerged that may–or may not–alter your perception of what happened. Ian Bogost at The Atlantic analyzes the narrative of events and provides some sage advice:

Despite the widespread creation and dissemination of video online, people still seem to believe that cameras depict the world as it really is; the truth comes from finding the right material from the right camera. That idea is mistaken, and it’s bringing forth just as much animosity as the polarization that is thought to produce the conflicts cameras record.

Among all the competing social networks, Pope Francis sensed a void. So the Pontiff is introducing a new app called “Click To Pray,” which allows people to enter and share prayers or join prayers posted by the Pope or other users. If that is not your thing, the other uplifting news going viral over the weekend was the amazing gymnastics display from almost two weeks ago put on by UCLA student Katelyn Ohashi. Judges rated it a perfect 10. May we all pray for such good fortune.