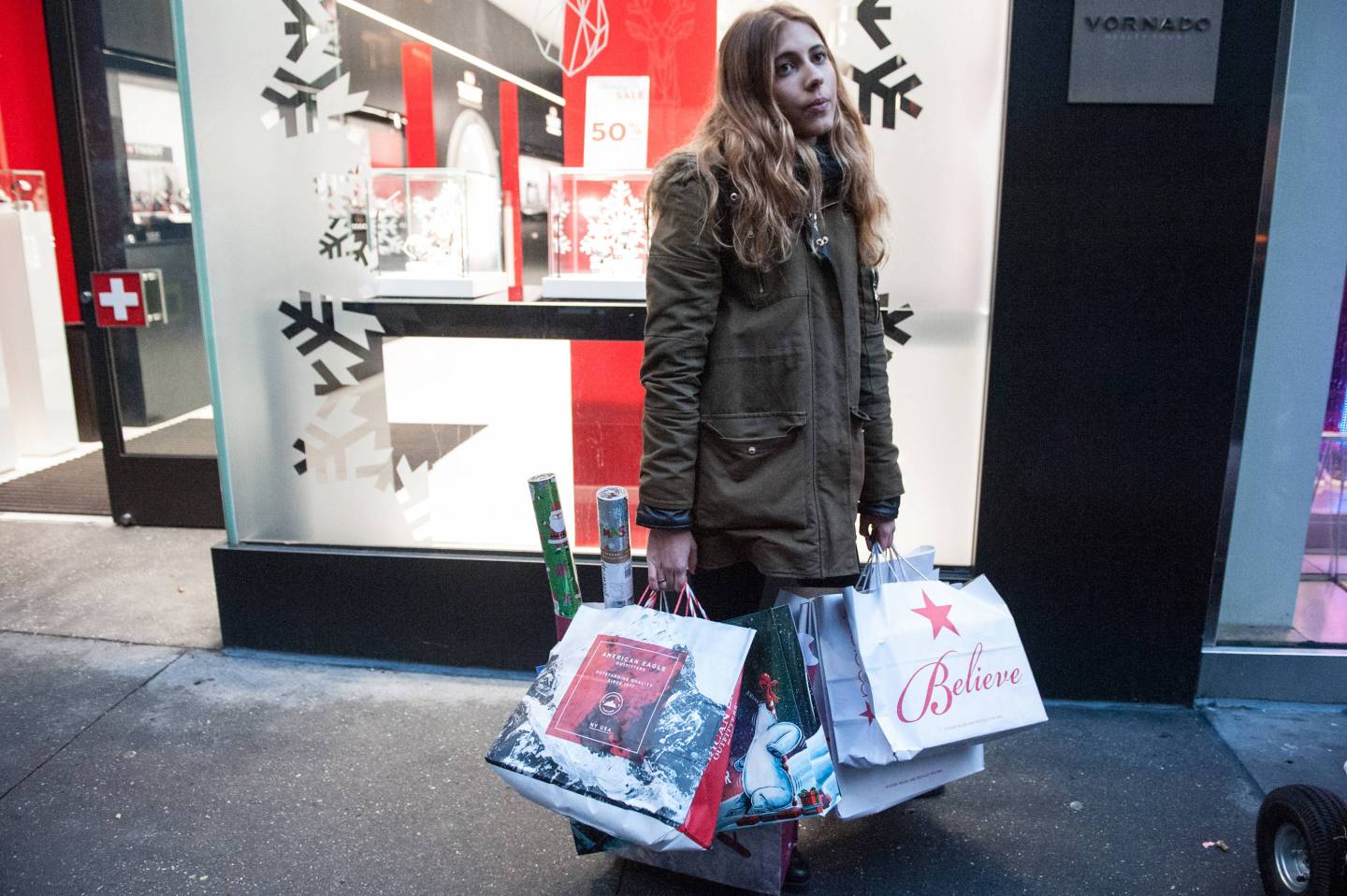 Waiting until the weekend to do your holiday shopping? You’re not alone: This coming Saturday may be the biggest spending day of the year.

Although Black Friday used to be America’s biggest single shopping day, the final Saturday before Christmas took the title four or five years ago as more retailers began their Black Friday sales on Thanksgiving Day—or weeks before, said Craig Johnson, president of Customer Growth Partners. U.S. shoppers will spend an estimated $26 billion on Dec. 22, beating the $24 billion they shelled out on the day after Thanksgiving, the industry researcher said.

“Black Friday is not quite the epic event it used to be,” Johnson said in an interview. As holiday sales inch earlier, demand gets “pulled forward from Black Friday proper.”

On a single-day basis, however, this coming Saturday—dubbed “Super Saturday” in some retail circles—will be even bigger. According to the International Council of Shopping Centers, 44% of U.S. adults plan to shop for holiday presents or related items on Saturday, spending an average of $173 in-store and online. That’s up from the 38% who shopped on Super Saturday last year.

Part of that is because confident customers are spending more in total this season, but it’s also due to where Christmas falls on the calendar. With Dec. 25 landing on a Tuesday, there are two full travel days between Saturday and the official holiday, rather than the one travel day last year’s Monday Christmas offered. That gives procrastinating shoppers all day Saturday to spend before packing their bags for Sunday or Monday departures.

“If Super Saturday occurs and Christmas is Sunday, then it slows it down. It’s hard to buy gifts when you’re on an airplane,” Customer Growth Partners’s Johnson said. “The classic weekend is perfectly situated for all these procrastinators.”

Shoppers hold off on purchases for a host of reasons, according to a survey from the NRF and Prosper Insights & Analytics conducted Dec. 3 to Dec. 12. Of those who still had at least half of their shopping to do, 44% said it was because they were still deciding what to buy. Other reasons: waiting for family members to express their gift wishes, other financial priorities, or just too busy with other activities, the survey found.

Luxury brands, like Tiffany & Co. and Prada SpA, will get an outsized share of that spending, Johnson said. That’s partially because a big charge made on Dec. 22 won’t appear until a January credit card statement, meaning it could be paid for with year-end bonuses arriving in early 2019. Late shoppers also tend to skew more male than traditional shoppers, though with 75% of overall shopping done by women, plenty of female customers will also be making Super Saturday runs, Johnson said.

More that 40% of people shopping this coming weekend still plan to go into physical stores, ICSC said, even though some online orders placed on Saturday could still arrive by Christmas Eve.

But for those 24% of adult shoppers who ICSC says will do some shopping on Dec. 24, rest assured: Companies are ready to sell every last stocking stuffer. Target, which will keep all stores open Christmas Eve from 7 a.m. to 10 p.m., will let shoppers who order online before 6 p.m. on Dec. 24 pick up in stores until closing time.

And what if Dec. 25 rolls around and you’ve still forgotten to shop? Starbucks says it has you covered: Many of its locations will be open on Christmas Day and selling mugs, coffee beans, and gift cards to those last-minute shoppers truly cutting it close.