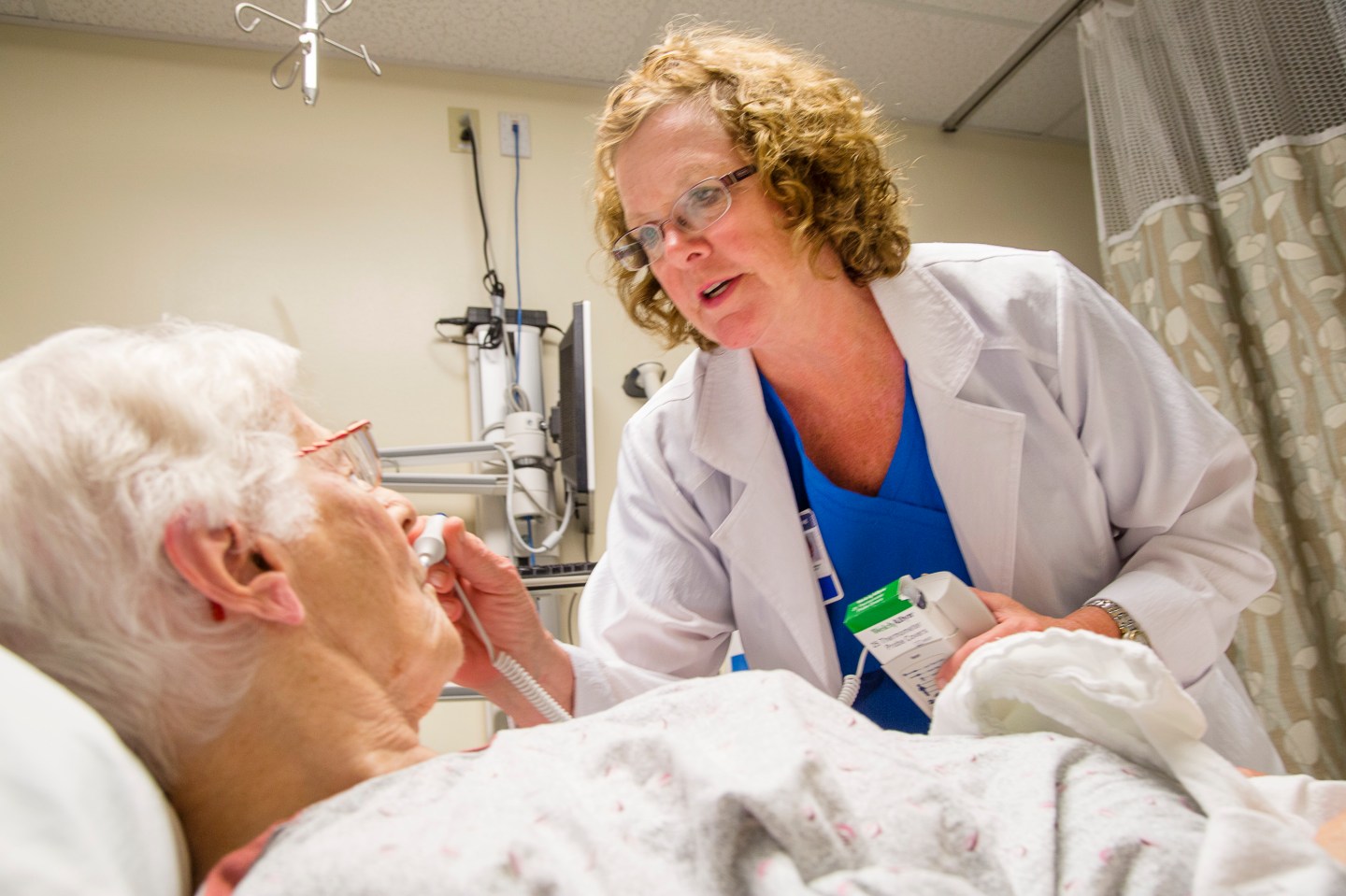 Over the past few days I’ve been struggling with a publishing software program I don’t know how to use well. It has been a humbling and exciting experience. I’m the 17-year rookie at Fortune who spent the weekend asking colleagues how to work this thingamajiggy that was befuddling me.

My insecurities and pride of accomplishment resonated when I read the great Atul Gawande’s latest feature in The New Yorker, which we mentioned in Data Sheet last week, about his and his colleagues’ struggle to use a medical-information software program call Epic. The article—slyly titled “The Upgrade” in print and the clickier “Why Doctors Hate Their Computers” online—is a powerful reminder of the limitations of technology generally and software in particular. Epic has demonstrative benefits for patients, Gawande asserts. But it is a seriously mixed bag for doctors and other health-industry professionals. Gawande finds a direct link between increased computerization and doctor burnout.

Gawande’s conclusions address the burgeoning dilemmas of our time: human versus machines and also humans plus machines. “We can retune and streamline our systems, but we won’t find a magical sweet spot between competing imperatives,” he writes. “We can only insure that people always have the ability to turn away from their screens and see each other, colleague to colleague, clinician to patient, face to face.”

There’s likely an analog in your business. I know there is in mine.

The market was hammered Monday. One stock showed up green on my screen. Shares of SurveyMonkey jumped nearly 7% on lower-than-average volume. That means some slice of investors think the newly public survey company might get bought, now that software titan SAP is acquiring SurveyMonkey competitor Qualtrics for an astounding $8 billion.

All over but the shouting. The end is near for Amazon's HQ2 search, or more precisely HQ2 and HQ3 search, as it turns out. Ceremonies are expected today in New York and Virginia.

The right stuff. Following similar moves by other tech giants, Airbnb and eBay say they will stop requiring employees to take sexual harassment claims to private arbitration, BuzzFeed reports. Apple and Lyft also changed their policies but didn't say when. Tesla, Slack, and Netflix declined to comment to the web site. Google, Facebook, Microsoft, and Uber have previously ended their policies on forced arbitration, as well.

The wrong stuff. The co-founder and group CEO of Flipkart, Binny Bansal, is resigning after an internal investigation found "lapses in judgement" and "a lack of transparency" around allegations of personal misconduct, the company and its new majority owner, Walmart, said in a statement. Bansal had denied the allegations. Kalyan Krishnamurthy, who runs the company's main e-commerce unit, is a possible replacement.

Welcome to the Thunderdome. Google's self-driving car unit, Waymo, is just weeks away from announcing the first commercial driverless car service, Bloomberg reports. The service will be offered in the Phoenix metro area under an unknown brand name. Stay tuned.

Flying high. Cloud cybersecurity firm Netskope raised $169 million in a new round of venture capital that valued the company at $1 billion or more. Subscription-based revenue has risen 75% this year, CEO and co-founder Sanjay Beri tells Fortune without getting too specific. “An IPO is definitely on our trajectory,” Beri said.

Crash and burn. As Adam mentioned, it was another terrible day on Wall Street for tech stocks. Reports that Apple might be falling short of expectations on iPhone sales drove its stock down 5%. Other tech bellwethers suffered as well. Amazon lost 4%; Microsoft, Google parent Alphabet, and Netflix all fell 3%; and Facebook dropped 2%. Speaking of Facebook, the social network suffered from sporadic outages across the globe on Monday. Facebook said a "routine test" had caused the problem and was quickly corrected. Google also suffered a strange partial outage on Monday after some of its web traffic was misdirected to China Telecom and a Russian carrier.

(Data Sheet is experimenting with a new weekly section covering executive moves of interest in the tech industry. Please let us know if you find it useful.)

Christa Quarles is stepping down as CEO of OpenTable at year end and will be replaced by Kayak CEO Steve Hafner. Both companies are units of Booking Holdings, the former Priceline Group...At electronic payments firm Ingenico Group, CEO Philippe Lazare is out after more than 10 years and chief operating officer Nicolas Huss is taking over...GrubHub is losing its COO, Stan Chia, who helped build the company's food delivery business, to event ticker seller Vivid Seats, where Chia will become CEO...And Bakkt, the much-hyped blockchain tech startup backed by the parent of the New York Stock Exchange, hired Adam White away from Coinbase to become its COO.

Its business is the plot line of a thousand conspiracy movies, but Palantir—named after the spying orbs in The Lord of the Rings—is no fiction. Rob Copeland and Eliot Brown at the Wall Street Journal delve into the inner workings of the less and less secretive company as it heads towards an initial public offering. CEO Alex Karp is lately trying to instill a more business-like, and less profligate, culture.

Behind the scenes, Mr. Karp is on a sort of apology tour. Meeting this year with clients in Washington, D.C., he pledged to change the impression of the firm’s staff as overconfident, condescending and even sloppy.

“We were young kids rocking up in shorts and T-shirts,” said Mr. Karp, according to people present, “and we realized that was hurting our credibility.”

To cut costs, Palantir has been unloading office properties and has slowed expensive hires. It is scrutinizing employee perks such as last-minute international business-class travel, a shock to a firm that once entertained a companywide debate over whether to restore artisanal bacon to the breakfast menu—“Bacongate,” employees called it. Palantir fired two employees who expensed lingerie and suits, people familiar with the episode say.