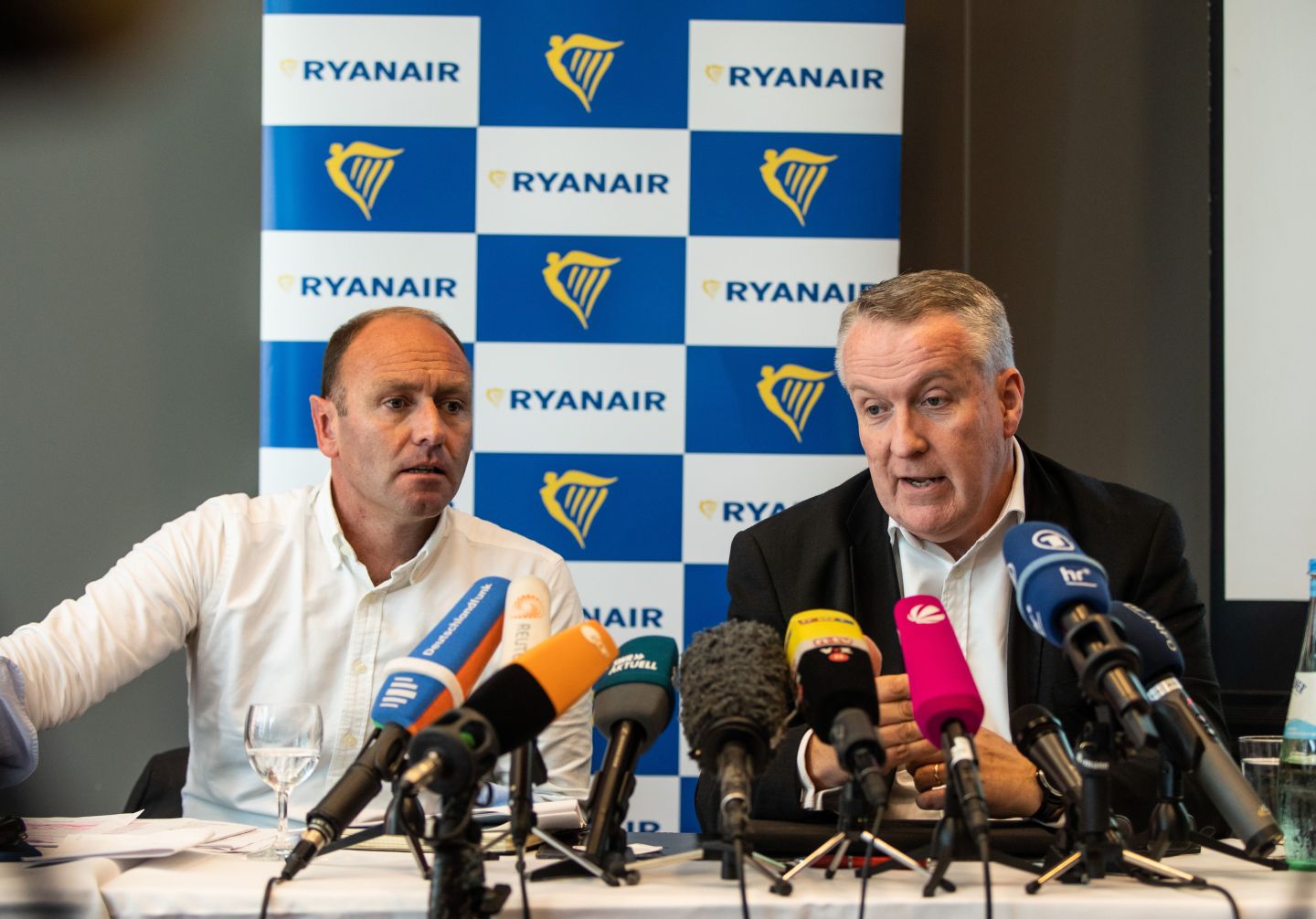 Ryanair's Chief Marketing Officer of Irish low-cost airline Ryanair Kenny Jacobs (L) and COO of Ryanair Peter Bellew attend a press conference in Frankfurt am Main, on August 8, 2018. - Germany's Ryanair pilots will join a wave of strikes against the no-frills carrier across Europe on August 10, 2018, escalating a row over pay and conditions at the height of the summer season. (Photo by Frank Rumpenhorst / dpa / AFP) / Germany OUT (Photo credit should read FRANK RUMPENHORST/AFP/Getty Images)
FRANK RUMPENHORST AFP/Getty Images

Ryanair executives already navigated through pilot and cabin crew strikes in July. But Europe’s largest low-cost air carrier is now facing more serious turbulence: pilots across five European nations plan to strike on Friday. While pilots and cabin crews in various nations have staged walkouts, it’s the first time Ryanair has had to contend with strikes across numerous nations.

With pilots staging 24-hour strikes in Belgium, Germany, Ireland, Sweden, and the Netherlands, the Irish airline will be forced to cancel more than 400 flights, which will disrupt travel for roughly 55,000 travelers, according to reporting by Bloomberg.

Ryanair continues to maintain that meeting the pilots’ demands on salary, promotions and flexibility regarding transfers would undermine the budget carrier’s business model. While that may be true in the long run, in the short it’s costing the Dublin-based carrier in both money and reputation.

It’s been a stormy summer for Ryanair, with rivals including British Airways eager to hire disgruntled Ryanair pilots away by touting better benefits. And it just to happens that another low-cost carrier, Norwegian, operates the same narrow-body Boeing Co. 737 used by Ryanair, which means pilots considering departing for a new company would not even have to retrain.

With the Dutch strikes most recently announced, a Ryanair spokesperson at the end of Wednesday did not offer additional estimates on how many additional flights would be canceled as a result.