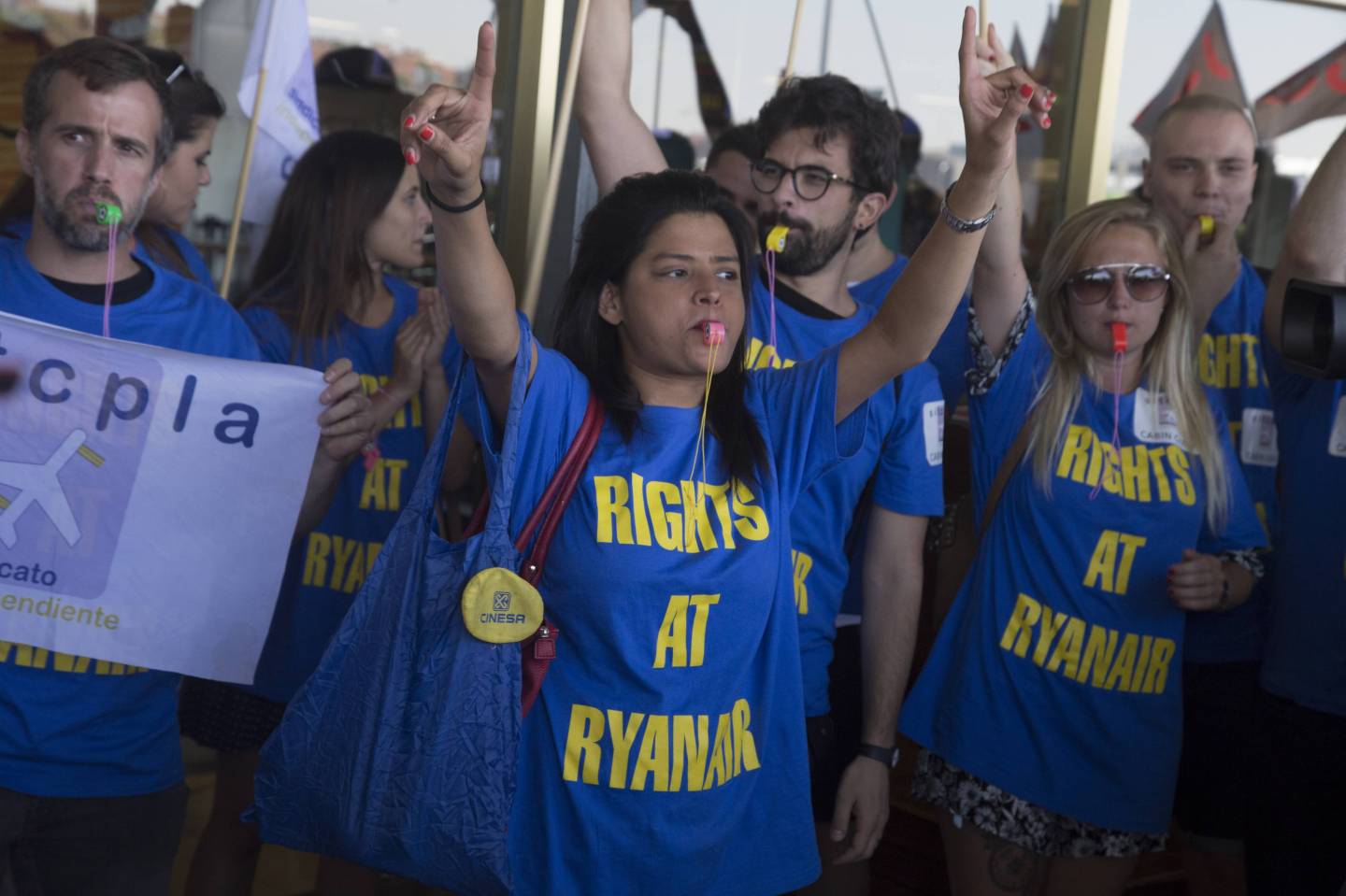 MADRID AIRPORT T1, MADRID, SPAIN - 2018/07/25: Ryanair cabin crew on strike. The protesters were demanding medical assistance in Spain, for the company to have its payroll in Spain and for it to recognize union delegates of the company and more. The strike caused cancellations of many Ryanair flights. (Photo by Lito Lizana/SOPA Images/LightRocket via Getty Images)
Lito Lizana—SOPA Images/LightRocket via Getty Images

Ryanair Holdings Plc’s rivals smell blood in the discount giant’s confrontation with its pilots and cabin crew and have pitched ‘Hiring Now’ signs in a bid to siphon off disgruntled staff.

Ryanair said Wednesday it may fire 300 pilots and cabin crew in Dublin as it pulls a fifth of planes from its home base this winter. Chief People Officer Eddie Wilson has advised staff to move to Poland if they want to safeguard their jobs as intensifying labor unrest triggers widespread flight cancellations.

Airlines worldwide have been grappling with a general shortage of pilots for years, while the growth of the European discount sector is spurring demand for cabin crew just as Ryanair’s confrontation with its employees heats up.

A spokesman for BA confirmed that the London-based carrier had extended its recruitment window for experienced pilots to Aug. 5, adding that it aims “to take the very best pilots who meet our high standards.”

Ryanair, Europe’s biggest no-frills airline, is struggling with a transition to organized labor after a botched scheduling of pilot leave last year led it to cave in to a unionization drive. More than 600 flights have been scrapped this week amid walkouts in Spain, Portugal, Belgium, Italy and Ireland.