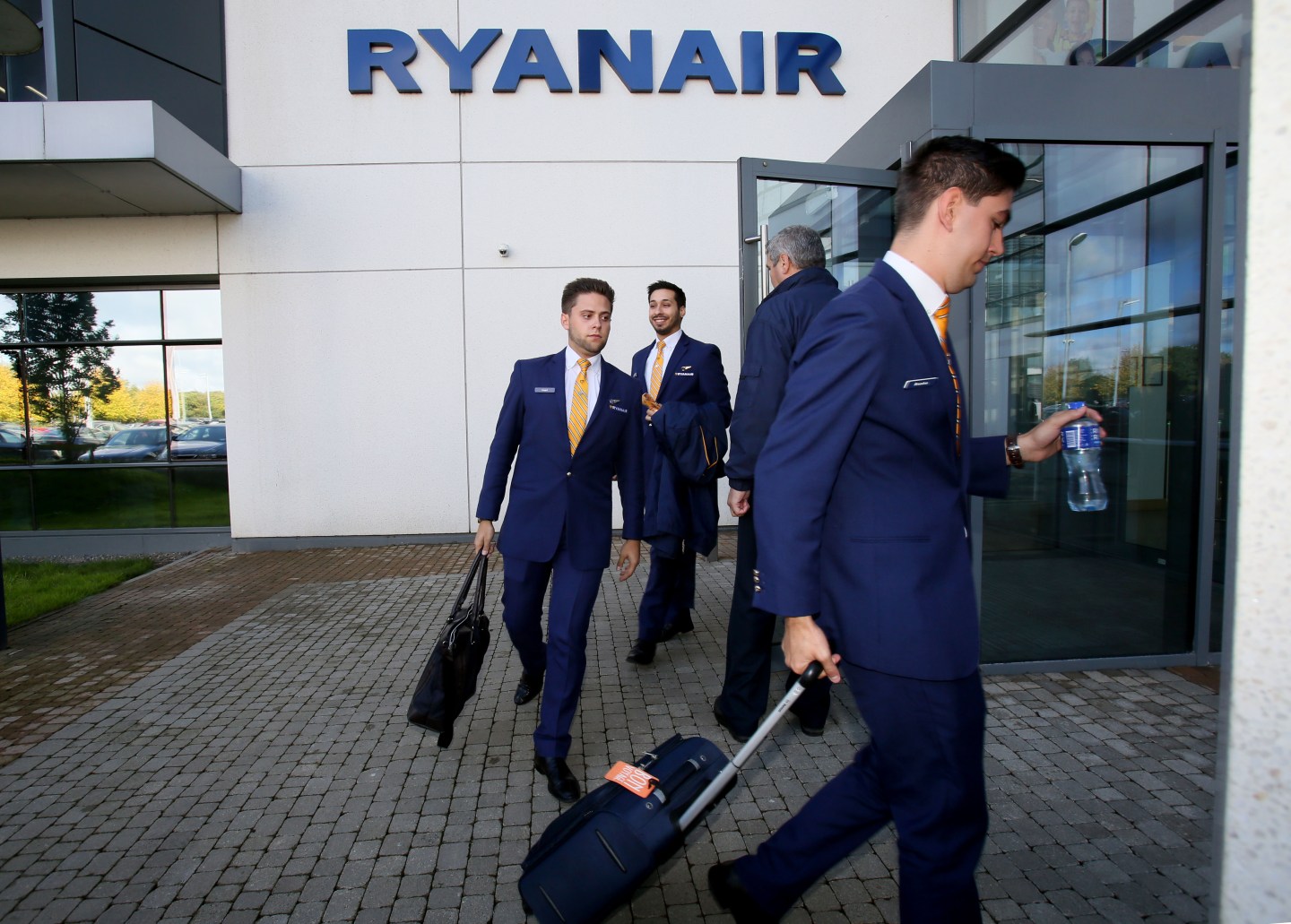 Something’s up at Ryanair, and it isn’t the planes. About 100 of 350 total pilots in the Irish airline’s home country walked out Thursday, citing demands for a more transparent system for promotions, transfers, and pilot pay.

Irish Ryanair pilots are represented by the Irish Air Line Pilot’s Association (IALPA), part of the Fórsa trade union, which also announced two more one-day strikes to occur on July 20 and 24, according to Reuters.

Ryanair is Europe’s largest low-cost carrier, flying in 37 countries and carrying 130 million passengers in 2017 alone. The company says its pilots have the best working conditions in the low-cost category, and that meeting the pilots’ demands would undermine the carrier’s business model. The airline was forced to cancel 30 flights out of Ireland on Thursday, about 2% of its daily flights.

This isn’t the first time Ryanair has been in trouble with some of its most indispensable employees. In December 2017, the company agreed, for the first time in its more than three-decade history, to recognize pilot unions. The discount airline was under much of the same pressure then, as it desperately needed to avoid holiday flight cancelations.

In a survey by industry adviser AirHelp, Ryanair ranked as one of the worst airlines of 2018.