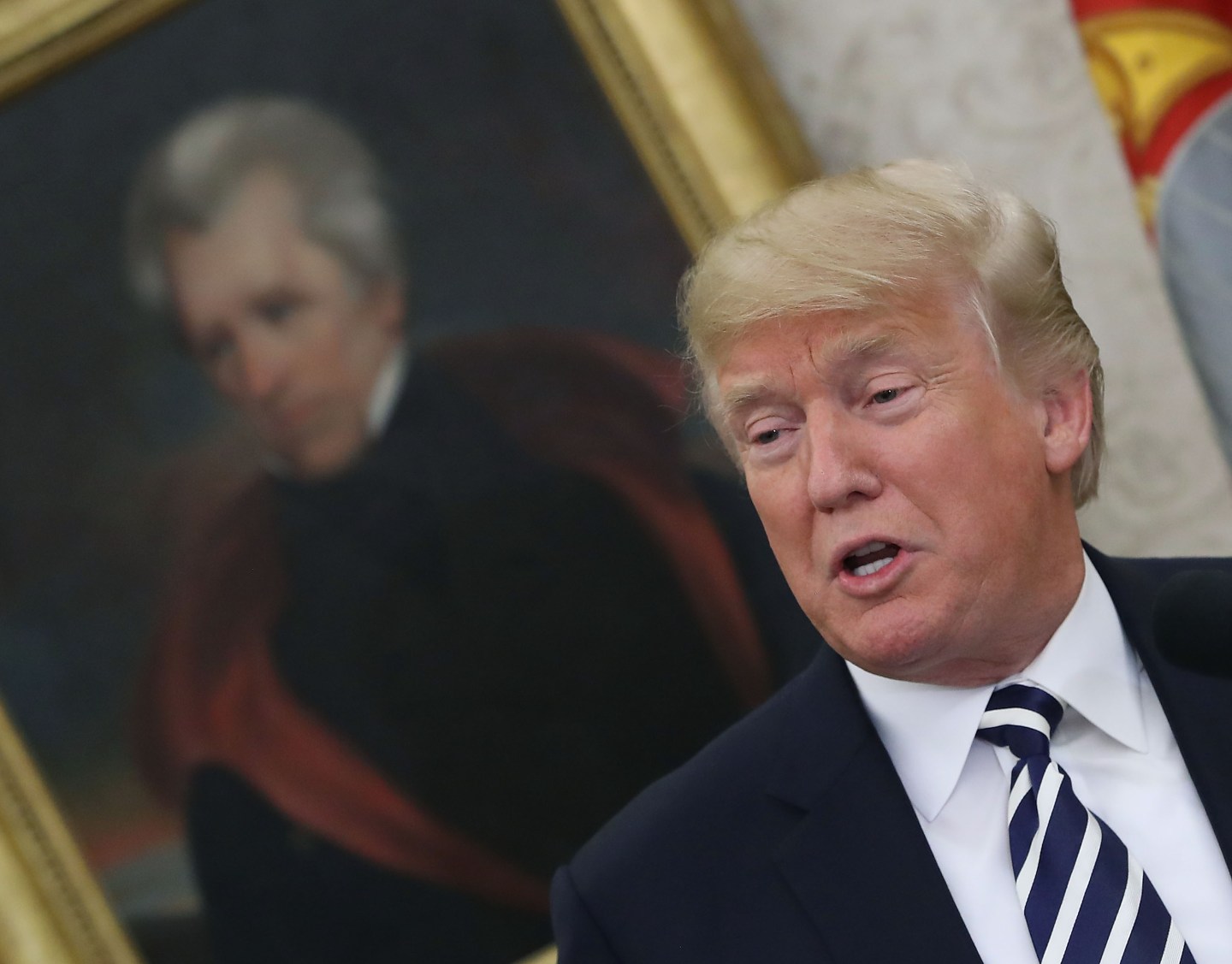 WASHINGTON, DC - JULY 30: (AFP OUT) U.S. President Donald Trump speaks during a swearing-in ceremony for Robert Wilkie to become Secretary of the Department of Veterans Affairs, in the Oval Office at the White House, on July 30, 1018 in Washington, DC. (Photo by Mark Wilson/Getty Images)
Mark Wilson—Getty Images

According to The New York Times, the Trump administration is considering another tax cut that would mainly benefit the wealthy: a change to the capital gains tax system that would make inflation a factor when calculating liabilities. Treasury Secretary Steven Mnuchin is currently trying to figure out whether this could be achieved without congressional approval—a massively controversial idea that was rejected by the first Bush administration.

The thinking behind such a move is that it would stimulate the economy by encouraging people to sell off assets that they would otherwise hang onto because of the capital gains tax implications of a sale. But is that really necessary when many are already warning of an overheating economy?

Indexing capital gains for inflation would certainly please the wealthier part of President Trump’s base, as rich people would see almost all the benefits. According to analyses quoted in the Times piece, two-thirds of the benefits would go to the top 0.1%. How that would resonate with the poorer part of the president’s base remains to be seen. It would certainly be a risky political move that could play into the Democrats’ hands in the midterms.

The fact is that, while Trump’s last tax reform boosted corporate profits and helped to juice economic growth, its long-term effects have yet to fully manifest themselves. The reform adds to the government debt load by $1 trillion over the next decade, and there’s no real evidence yet that it’s stimulated the investment that it was supposed to. There were a few catchy bonuses at the start, but capital spending on equipment isn’t rising and wages remain stagnant.

Is now the time to follow up that reform with a second act that would be an even harder political sell, beyond a limited constituency? Any such decision should be very carefully weighed up, if the economy is not to be a political plaything.