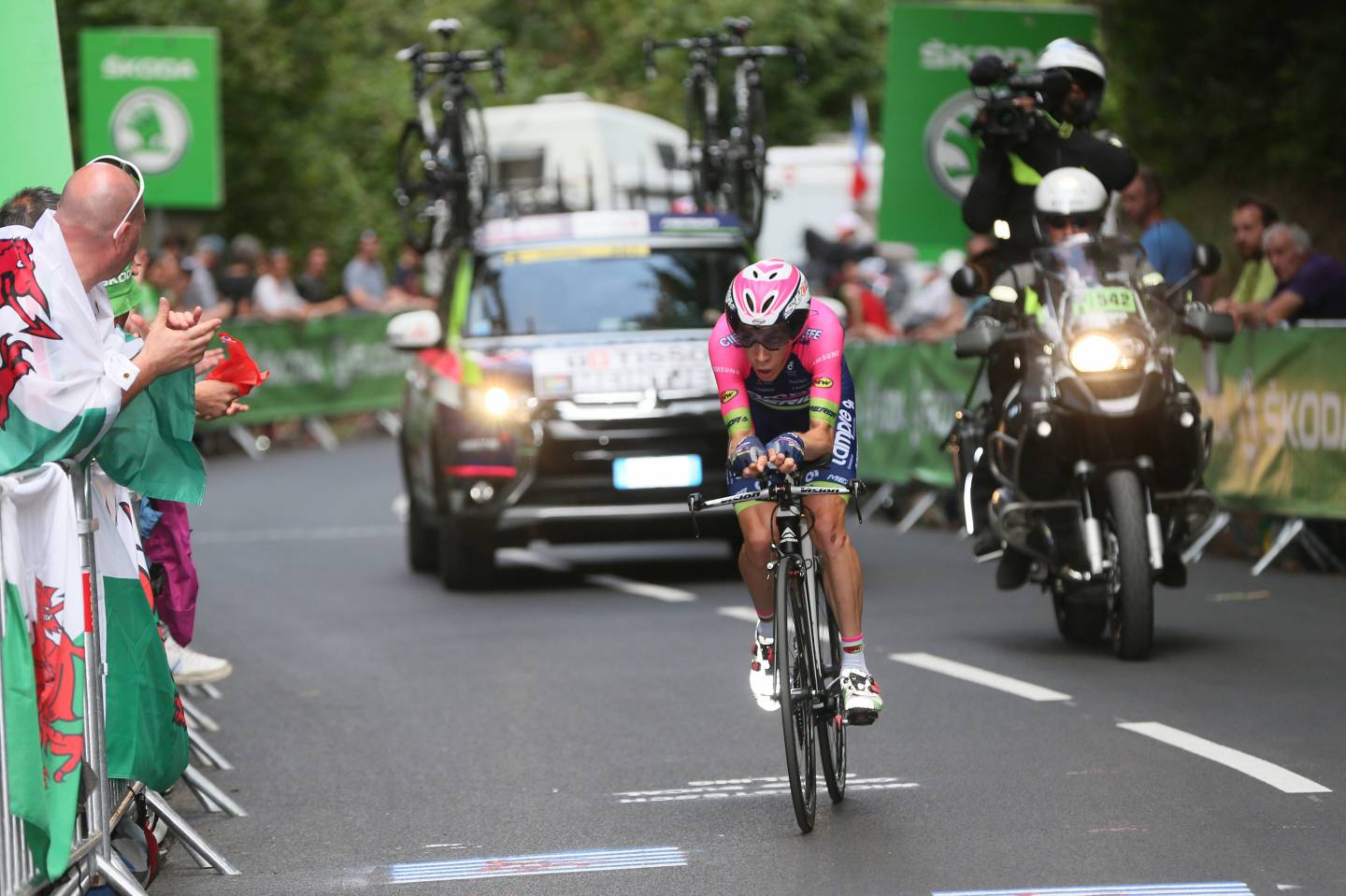 The Tour de France is not just the biggest cycling race of the year—it’s also the biggest stage for sponsors and manufacturers to officially unveil their newest carbon fiber dream machines.

These new bikes are the worst-kept secrets in sports, since manufacturers have had marquee riders testing the frames (and posing for “spy shots”) for months.

The trend this year is clear: Manufacturers are putting their most prominent riders on disc-brake-equipped aero bikes with fully integrated cockpits. In the past, these machines have had reputations for being heavier, harsher to ride, and more difficult to work on than traditional bikes with round tube shapes. This new generation of machines have been designed to address those concerns.

Now that all the embargoes have lifted, here’s a guide to all of them.

To make the new bike, the company developed its own custom software that uses computational fluid dynamics and finite element analysis to optimize tube shapes. Confused? Instead of prototyping dozens of versions of a bike and testing them to find the best combination of aerodynamics, weight, and stiffness, Specialized let a computer do most of the work digitally before moving on to physical prototypes.

The result, according to Specialized, is a bike that’s lighter, stiffer, more aerodynamic, and more pleasant to ride than its predecessor.

The new Venge is a halo bike for the company. As such, it’s available only in top-of-the-line trim, with Shimano Dura-Ace Di2 electronic components, 64-millimeter deep carbon wheels, an integrated cockpit, and Specialized’s own power meter. The frame is not compatible with mechanical groupsets.

Specialized emphasized that the bike will be available in extremely limited quantities at exclusive retailers. If you want one, cross your fingers, toes, and eyes, then call your local Specialized retailer to beg. And have $12,500 ready.

Connecticut-based Cannondale has made its long-awaited entry into the aero road market with the SystemSix. Like other manufacturers, Cannondale designed the bike as a fully integrated system, rather than just a frame and fork. The Knøt system (yes, a nautical speed reference) is made up of a proprietary seatpost, bar, stem, and wheels that all work together to make what the company says is the “most efficient, all-around fastest UCI-legal road bike on the market today.”

Like most of its new competitors, the SystemSix is only available with disc brakes, but it will accept both electronic and mechanical groupsets.

Higher-end models come equipped with a Power2Max power meter built into the HollowGram crank. But if you’d like to actually use it, you’ll be forced to activate a lifetime subscription for $490. “Realistically, the cost is less than many third-party aftermarket power meters today,” says James LaLonde, senior brand manager at Cannondale. “And, since we include a unit on the bike, the rider avoids installation and associated labor costs.”

Cannondale contends that the SystemSix is “everyday faster” for most riders in most situations. That is to say, the bike saves you energy even at the slower speeds of a recreation rider, not a professional cyclist. The company claims its aerodynamics even make the SystemSix faster uphill than a lightweight climbing bike on grades of as much as 6 percent.

Trek-Segafredo riders will be aboard a new disc-equipped version of the Madone aero bike, the SLR.

Interestingly, Trek will continue to make a rim-brake version of the frame. That version is a bit lighter but sacrifices the superior performance of disc brakes. “We believe in disc brakes,” says Eric Bjorling, brand manager at Trek Bicycle. “Bearing in mind that disc brakes still being relatively new, we want to offer riders a choice.”

The bike’s most unique feature is the inclusion of Trek’s IsoSpeed technology, which decouples the seat tube from the top tube to allow the frame to flex and absorb road vibrations for a bit of added comfort.

Prices for the new disc-equipped bike start at $6,000 and go up to $12,500. If you’d really like to make your new Madone stand out, the company offers custom paint options through its ProjectOne program.

Swiss manufacturer BMC on Wednesday released the new Timemachine Road. Like the rest of the bikes, the Timemachine features an integrated cockpit and aerodynamic tube shapes. A few design choices really set this bike apart.

BMC has joined with accessory manufacturer Elite to create the Aero Module, which combines both bottle cages and storage units for food or tools into a single aerodynamic unit. The company says using a classic bottle cage was the biggest obstacle to designing an efficient aero bike, so it started from scratch and built its own solution. BMC isn’t the first to offer an aerodynamic storage unit on one of its bikes—it’s fairly common for triathlon machines—but it’s a nice touch.

BMC has also added an aerodynamic cover to the front fork to reduce the turbulence caused by the front disc caliper.

Like its peers, the Timemachine’s integrated cockpit completely hides brake lines and electronic shifting wires (the bike will not accept mechanical groupsets).