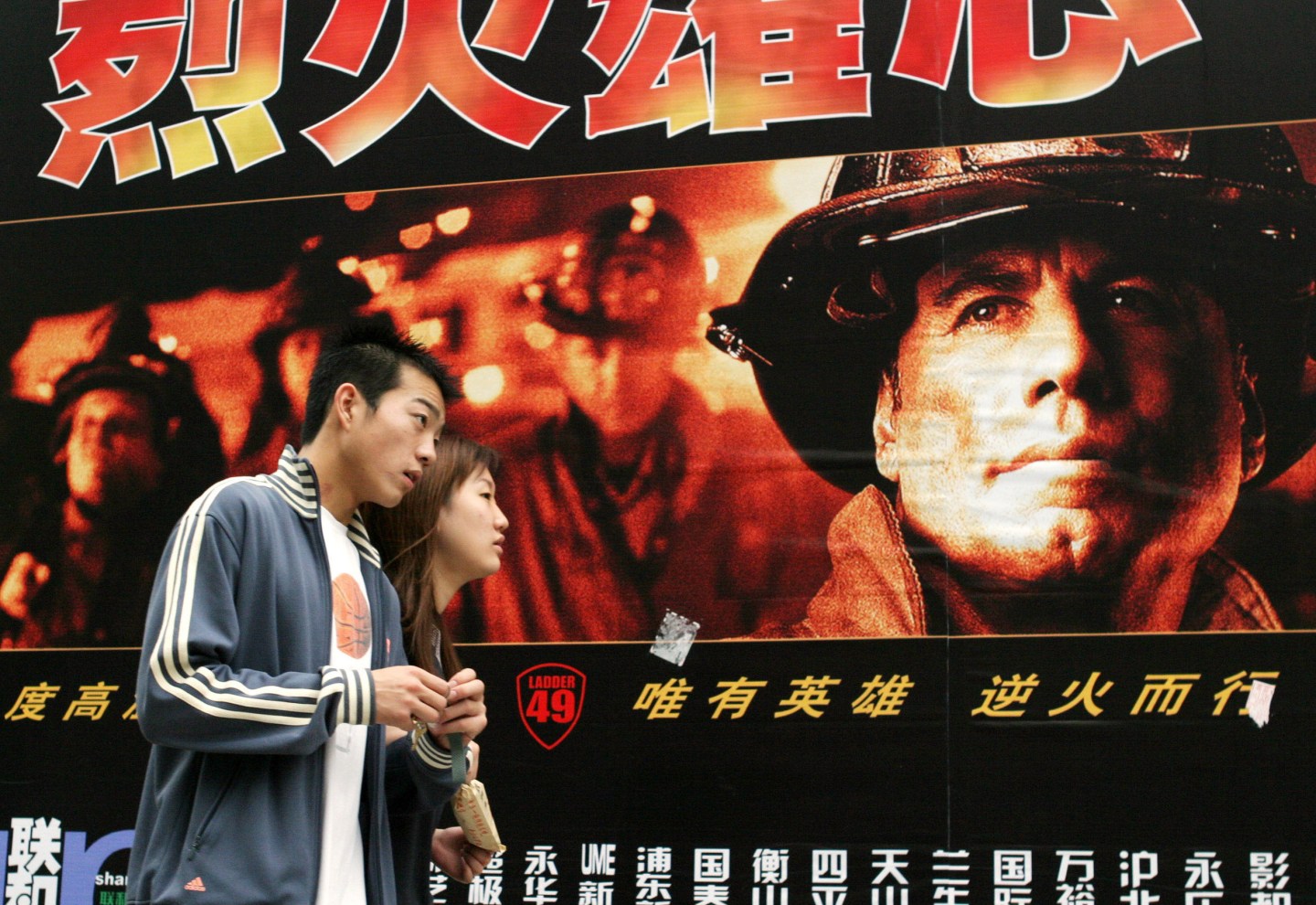 CHINA - NOVEMBER 25: A couple walk past a billboard featuring a U.S. movie on the street in Shanghai, China Thursday, November 25, 2004. Sony Corp.'s Sony Pictures Television International formed a television production venture with China Film Group, challenging rivals such as Viacom Inc. for a foothold as the nation opens its TV market to foreign investors. (Photo by Kevin Lee/Bloomberg via Getty Images)
Bloomberg Bloomberg via Getty Images

It’s a twist worthy of the industry it’s afflicting.

Hollywood executives have long had their sights set on China as the next big outlet for blockbusters. But President Trump’s tough talk on China during the 2016 campaign and during his presidency had them worried as the U.S. entered negotiations to update movie-distribution terms in February 2017. Many expected his rhetoric would make Chinese negotiators less likely to favorably update the six-year-old terms.

But it now looks like Chinese President Xi Jinping was the villain of the deal all along. The Chinese leader, who has understood the power of film in his rise to the presidency, recently consolidated power. Now that he could become China’s “president for life,” Xi has gone about making some changes, including bringing the country’s film bureau—the State Administration of Press, Publication, Radio, Film and Television—into the fold of the party by making it part of the Communist Party’s Ministry of Propaganda. (The film bureau used to be an independent government agency.)

This move has thrown the brakes on the negotiations and put the outcome of the new deal into question. “At this point, no one knows what the next step is,” a Hollywood executive told The Wall Street Journal.

Right now, 34 foreign films are allowed to be released in China each year. American studios get 25% of ticket sales on the movies they release in the China per the 2012 agreement. Hollywood executives want to raise that share to at least 28%, which would still fall well short of the 40% they get from most other international markets. They’re less concerned about the quota, as most major American films are allowed in as it is.

But preferences on each side are moot at the moment. The American team working on this deal have been without negotiating partners on the Chinese side for weeks.