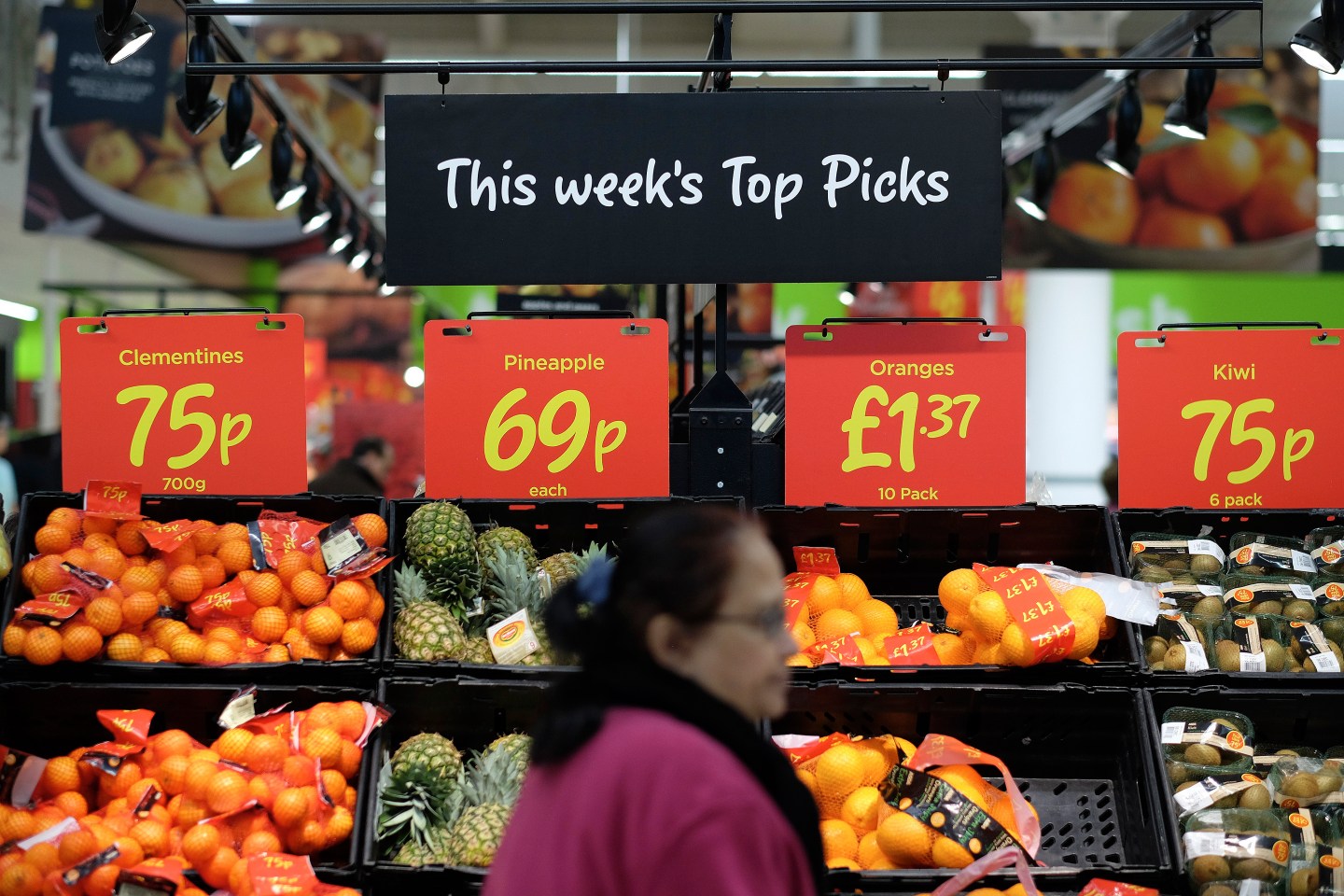 A customer passes a sales display of oranges and pineapples in the fruit and vegetable section of an Asda supermarket, operated by Wal-Mart Stores Inc., in the Wembley district of London, U.K., on Friday, Nov. 28, 2014. Black Friday has caught on in the U.K. and worldwide over the last few years as the rise of the Internet has made the event a global phenomenon, with customers always being just one click away from the deals offered by U.S. retailers online. Photographer: Simon Dawson/Bloomberg via Getty Images
Simon Dawson—Bloomberg via Getty Images

Good morning. Adam Lashinsky here instead of Alan—he and I have switched places this week. Check out Fortune‘s Data Sheet newsletter if you miss him.

Last week in Data Sheet, I observed a tale of two tech economies. Tech leaders Facebook, Google, and even Apple are under attack for privacy, antitrust, tax or wobbly product concerns even as their cash-manufacturing businesses roar. I come to you this morning with a similar tale of the general economy, one where consumers show little enthusiasm while businesses see opportunity everywhere.

Commerce Department data released Friday showed lower-than-hoped-for overall economic growth for the first quarter: an annualized 2.3% compared with the Trump administration’s aspirational 3% target. How the U.S. economy got here reflects the consumer-versus-business disparity. Consumer spending grew at an anemic 1.1% pace, suggesting little benefit so far from the new tax package. Business investment, on the other hand, ticked up a lusty 6.1%.

Increased business confidence has been unmistakable this past year. The tax-cutting, deregulatory environment was supposed to have rejuvenated the economy even as trade-war fears curbed the enthusiasm. Confidence alone, however, only takes the economy so far. Anecdotes of thousand-dollar bonuses by big companies sharing the wealth of their tax cuts haven’t shown up in the data. Far more certain, predictably, is that companies are boosting share buybacks.

Merger mania, typically better for investment bankers than the economy, continues apace. T-Mobile and Sprint leaders say their tie-up will add jobs. But these promise to be of the hourly retail type. Elsewhere the two will cut costs. They’ll eliminate 35,000 cellular transmission sites, for example, which has to mean fewer people to oversee them.

Clues on the future of the economy will be found in an unlikely place this week: Los Angeles. That’s where the Milken Global Conference is happening. It’s a power-suit-wearing assemblage of Wall Street and industrial might, and the headline lunch speaker today will be U.S. Treasury Steven Mnuchin. He’s stopping in California on his way to China for high-level trade talks.

I’ll be moderating a morning panel at Milken on “strategy and leadership in an age of disruption” that includes Brazilian private-equity mogul Jorge Paulo Lemann of 3G and embattled Wells Fargo CEO Tim Sloan. None of us can be happy that New England Patriots quarterback Tom Brady is speaking on a concurrent panel.

Walmart is getting rid of Asda, its longstanding British business. The unit will merge with rival Sainsbury's, creating the largest supermarket chain in the country, with revenues of around $70 billion. Walmart brought in a new international business chief, Judith McKenna, a few months back. At the moment, Walmart's non-U.S. locations account for more than half its stores, but only around a third of its revenues. Fortune

Marathon Petroleum intends to shell out over $23 billion for pipeline and refining firm Andeavor. Ohio-based Marathon is the U.S.'s second-biggest refiner and owner of the Speedway convenience store chain, and it generally operates in the east of the country. Texas's Andeavor, formerly known as Tesoro, operates mostly in the west. The combined operation will be able to process around 3.1 million barrels a day, Marathon says. WSJ

Martin Sorrell may be out as head of WPP, the ad giant he founded, but the company is not looking at a full break-up, even though some see it as unmanageable by anyone else. Joint chief operating officer Mark Read said he would consider a restructure, though. WPP's latest quarterly results are better than analysts had expected, so its shares climbed by as much as 9% in this morning's trading. BBC

A political opponent of Cambodia Prime Minister Hun Sen wants Facebook to hand over information that might help him fight legal claims against him by the government. Facebook is resisting the request, but Sam Rainsy's lawyer today will ask a San Francisco court to compel the social network to comply. Rainsy claims Hun Sen and his regime have bought Facebook ads to distribute propaganda against him. Facebook claims he's on a "fishing expedition for material to use in his longstanding campaign against the prime minister of Cambodia." Bloomberg

Facebook's experiment with letting users downvote and upvote comments, Reddit-style, seems to be expanding. The company first started testing the feature almost three months ago, but now the experiment appears to have grown to take in some users in Australia and New Zealand. Downvoting might provide a way to allow participants in a Facebook conversation to collectively moderate the discussion, without introducing a potentially aggressive "dislike" reaction feature. CNET

The Chinese government's online censorship doesn't just hurt foreign companies—it's a burden on domestic firms, too. As the Financial Times notes, the content crackdown has forced China's biggest news aggregator to suspend its mobile app. Zhang Yiming, the founder of Junri Toutiao, said the app had "walked the wrong path" and the company "did not realize that technology must be guided by socialist core values." FT

Hyperloop Transportation Technologies (HTT) and Virgin Hyperloop One are duking it out in the Middle East. HTT, which lays claim to the brand name "hyperloop"—a futuristic transport system that essentially involves sucking people through a vacuum tube at high speed—says it is "building the first commercial line in Abu Dhabi." Virgin boss Richard Branson says his company will have a hyperloop operational in two to three years. CNBC

Larry Harvey, the founder of the Burning Man festival, has died at the age of 70 after suffering a stroke earlier this month. Harvey kicked off the festival in 1986, when he and about a dozen others burned a wooden man on a San Francisco beach. Today, the festival draws tens of thousands to the Nevada desert, among them many top tech executives. Fortune