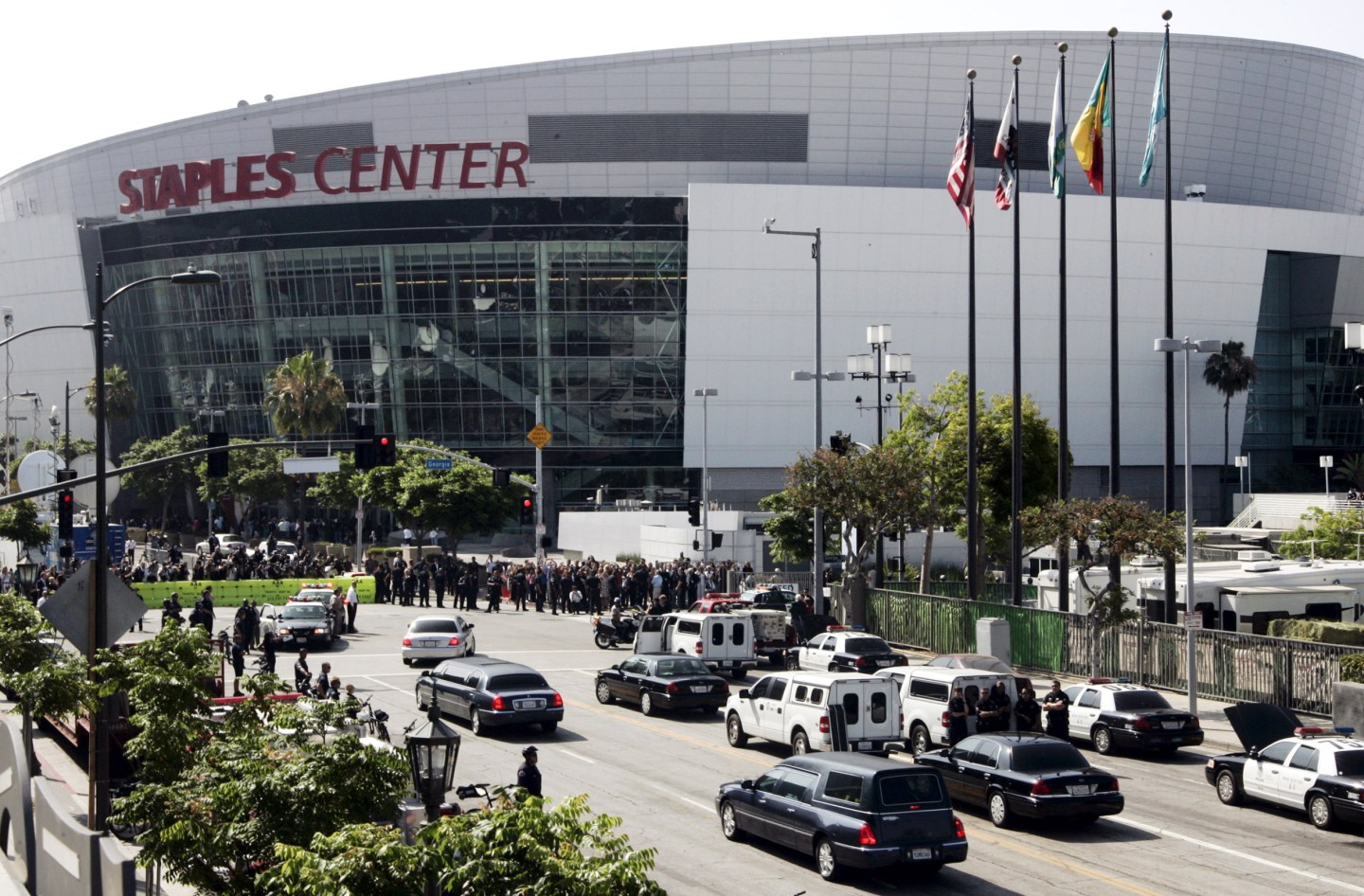 The hearse carrying the body of Michael Jackson arrives at the Staples Center where the public memorial for Jackson is being held in Los Angeles, California, U.S. on Tuesday, July 7, 2009. Photographer: JONATHAN ALCORN/Bloomberg
Jonathan Alcorn—Bloomberg via Getty Images

Heavy metal rocker Ozzy Osbourne doesn’t want to be told where to play his concerts.

The one-time lead vocalist for Black Sabbath in the 1970s sued billionaire Philip Anschutz’s sports and entertainment business Wednesday over a deal that requires him to perform at Staples Center in Los Angeles on his American tour if he wants to play at Anschutz’s London’s O2 Arena next year.

The 69-year-old said in his complaint against Anschutz Entertainment Group that the “Staples Center Commitment” reeks of “blatant, anticompetitive conduct.”

Osbourne wants to play at the O2 Arena for his final world tour, “No More Tours 2.” While the O2 Arena is the only space in London suited for a major rock concert, Los Angeles has other large indoor venues Osbourne could play, according to the complaint.

In his class-action antitrust suit, Osbourne wants to represent all artists who are forced by AEG to commit to playing at Staples Center if they get a gig at the O2 Arena.

“This suit is without merit and we will vigorously fight it,” Jay Marciano, chairman and chief executive officer of AEG Presents, said in a statement. “We welcome a closer look at the global live entertainment market and, specifically, our practices and the practices of our competition.”

AEG must respond to the actions of its competitors, specifically Live Nation and Madison Square Garden, while it tries to put artists first, according to Marciano’s statement.