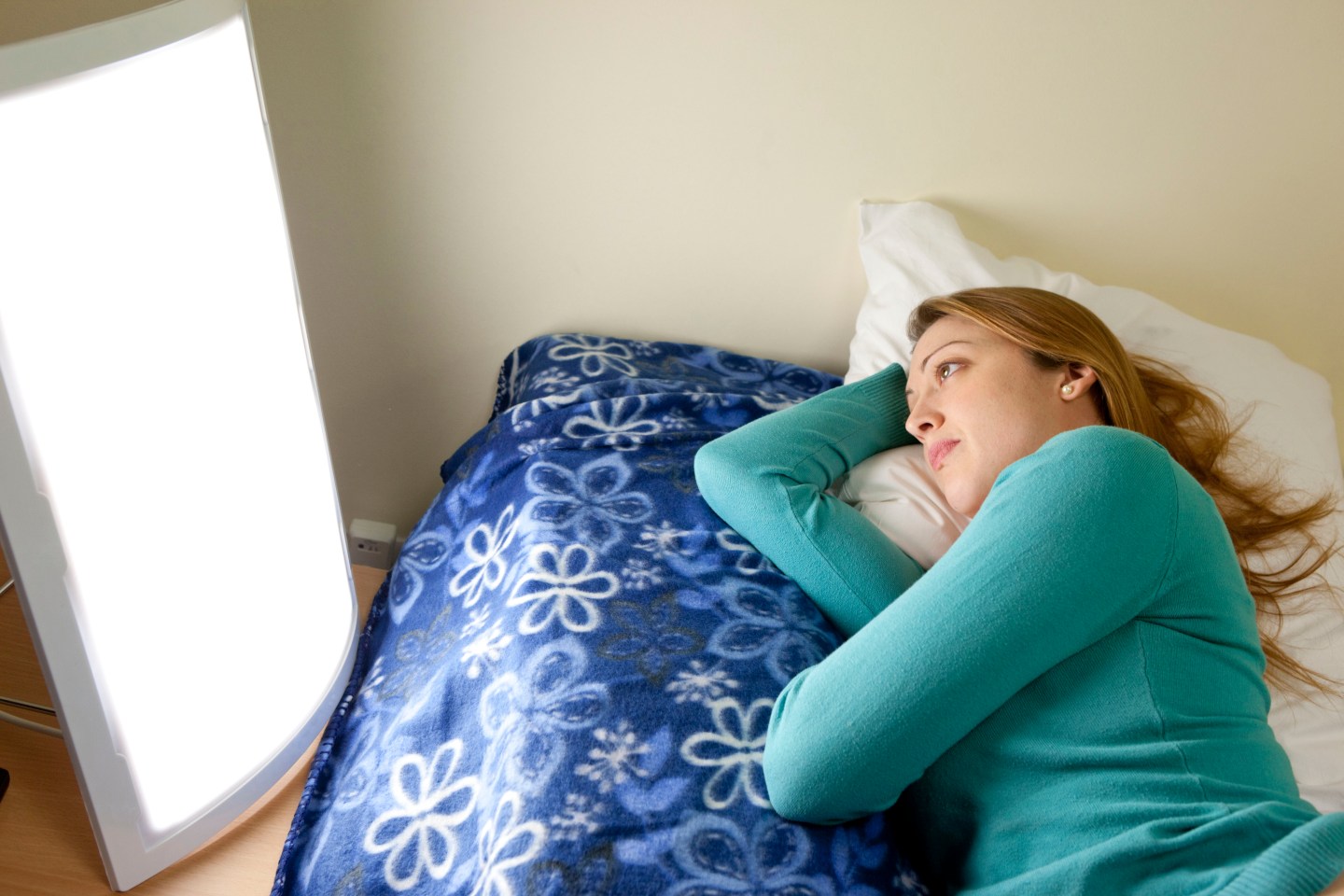 The winter solstice, the shortest day (and longest night) of the year, is less than a month away. And with cold, darkened days comes the phenomenon of Seasonal Affective Disorder (SAD), a form of depression that usually affects people in the late fall and early winter. To treat this kind of seasonal depression, thought to be linked with a relative lack of light, some patients with SAD take to “light therapy” wherein they’re exposed to bright, artificial light from a screen—and new research suggests it may also be effective in treating another kind of depression, the type that’s associated with bipolar disorder.

People suffering from bipolar disorder (as nearly 6 million U.S. adults do) typically have periods of manic behavior followed by depressive bouts when they feel sad, lonely, helpless, or fatigued. These manic and depressive states can last days, weeks, or months and make even everyday activities difficult to perform.

One of the theories supporting light therapy to treat seasonal depression is that the condition is linked in some way with a lack of sunlight which causes low levels of serotonin production in the skin. To counteract this effect, patients sit in front of a bright, white light emitted from a screen (taking Vitamin D or prescribed antidepressants can also help the process, according to the National Institute of Mental Health).

In the (very early) study of light therapy’s effect on people with depression related to bipolar disorder, Northwestern University researchers had 46 patients with moderate bipolar depression undergo either light therapy or a placebo process with a red LED light. The results, while preliminary, were striking: 68% of patients treated with white light therapy reported a remission in depression symptoms compared with just 22% of the patients exposed to LED light. The participants sat about a foot away from the light box (without necessarily looking right at it) for 15 minutes per day before gradually working up to hour-long sessions.

The “dosing” process was a bit different from the bright light treatment used in Seasonal Affective Disorder, though—patients received their light therapy in the afternoon rather than the morning, for instance, because of the procedure’s potential to induce a manic state in people with bipolar disorder. And lead study author Dorothy Sit says there’s still much more research needed into the therapy’s promise in this particular kind of depression. For now, though, the study is helping shed light on a non-medication approach to combating mental illness.