The Kushners Are at Risk of Losing Control of Their Prized 666 Fifth Avenue Property, Report Claims 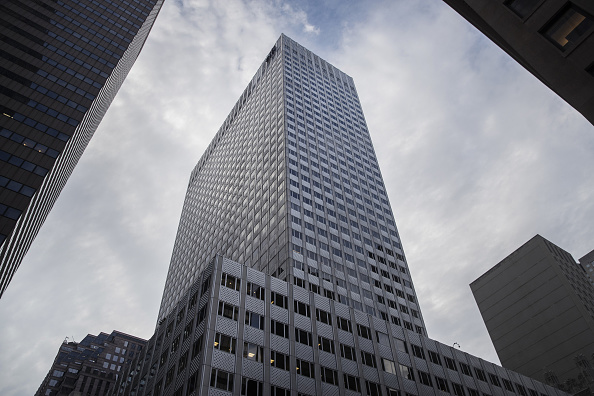 The 666 Fifth Avenue building stands in New York, U.S., on Thursday, July 20, 2017. Kushner Cos., the family business of Donald Trump's top adviser Jared Kushner, owes hundreds of millions of dollars on the 41-story office building. It has failed to secure foreign investors, despite an extensive search, and its resources are more limited than generally understood. Photographer: Victor J. Blue/Bloomberg via Getty Images
Bloomberg Bloomberg via Getty Images

A grand blueprint to transform the Kushner family’s Fifth Avenue office building into a luxury complex is stalling under internal conflict and investment shortfalls, a Bloomberg report claims, adding that disputes over the plans could threaten the family’s ownership of the jewel in their real estate portfolio.

The 666 Fifth Avenue building is a 41 story office complex in midtown Manhattan, acquired by Kushner Properties in 2007. Vornado Realty Trust, which owns 49.5% of the building, was reportedly never keen on a Kushner plan to revamp it with condos, a hotel, and a five-floor mall.

For one, the building has been operating at a loss, with 30% vacancy and a $1.2 billion mortgage payment due in February. The building also lost $14.5 million in 2016, and is projected to lose another $24 million, according to Bloomberg data.

Bloomberg sources say that Vornado chairman and CEO Steve Roth is now signaling investors to prepare for more modest renovations than expected. Depending on how plans are refinanced and renegotiated, the Kushner Co. could lose control of the building.

“As equal partners, Vornado and Kushner have been exploring a range of options for the future of 666 Fifth Avenue,” a Kushner spokesman said in an email to Bloomberg.

For more on the Kushners, see Fortune’s video:

“All options are still being assessed, and no decision has been made about which option to pursue. Any implication that an agreed upon path has been reached or that there is contemplation of an outcome that would be to the sole benefit of one party over the other would simply be wrong.”

Jared Kushner, U.S. president Donald Trump’s son-in-law and senior advisor, has divested his stake in the property because of conflict-of-interest issues, Bloomberg says.