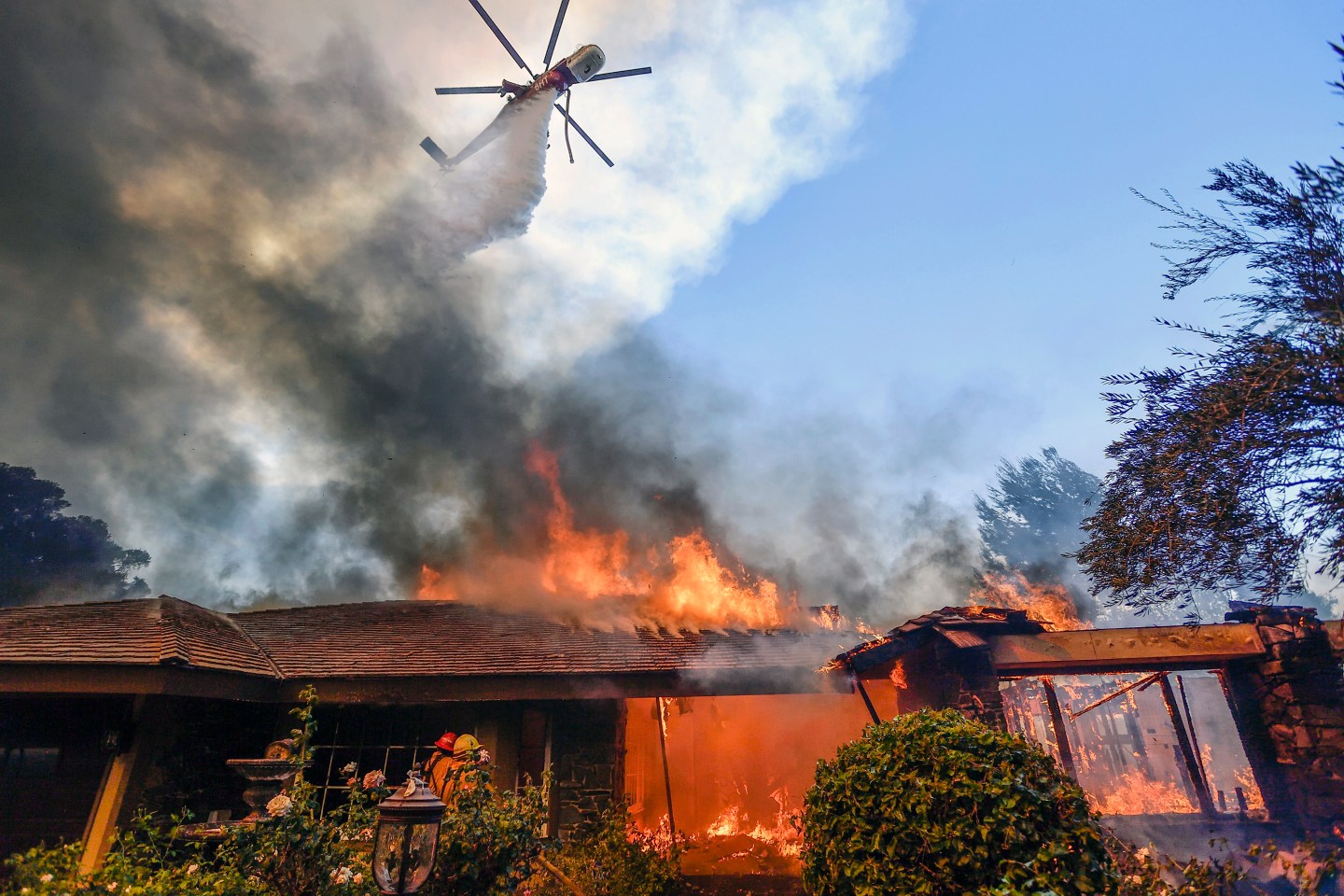 (SONOMA, Calif., Oct 14) – Fierce winds were expected to stir wildfires and test firefighters on Saturday in Northern California where the most lethal outbreak of wildfires in state history has killed 35 people and forced more than 90,000 residents from their homes.

The wind-driven blazes, which erupted on Sunday night in the heart of California’s renowned wine country, north of San Francisco, have destroyed an estimated 5,700 homes.

A total of 17 major wildfires – some encompassing several smaller blazes merged together – had consumed nearly 222,000 acres of dry brush, grasslands and trees across eight counties.

Ground crews on Friday gained ground on the wildfires on Friday as they raced to clear drought-parched vegetation along the southern flanks of fires, removing highly combustible fuels adjacent to populated areas before extreme heat and winds were forecast to revive over the weekend.

Winds were to intensify overnight and into Saturday with gusts of up to 55 mph (90 kph) along with 10 percent humidity, the service warned.

“If new fires start they could spread extremely rapidly,” said Brooke Bingaman, a National Weather Service meteorologist in Sacramento, California in a video posted on Facebook. “Those fuels are super dry right now. This also could cause problems for the current wildfires and the firefighters who are trying to suppress them.”

Wildfire ripped through the Sonoma County town of Santa Rosa, where whole neighborhoods were reduced to landscapes of gray ash, smoldering debris and burned-out vehicles.

The 35 confirmed fatalities – 19 in Sonoma County – mark the greatest loss of life from a single fire event on record in California, surpassing the 29 deaths from the Griffith Park fire of 1933 in Los Angeles.

Some victims were asleep when flames engulfed their homes, and many survivors had only minutes to flee.

With 235 people still missing on Friday in Sonoma County alone, and rubble from thousands of incinerated dwellings yet to be searched, authorities have said the number of fatalities from the so-called North Bay fires would likely climb.

The fires have thrown California’s wine-producing industry, and related tourism, into disarray at the end of the region’s annual grape harvest, damaging or destroying at least a dozen Napa Valley wineries.

Some 45 search-and-rescue teams and 18 detectives were deployed to scour obliterated neighborhoods for victims.

More than 90,000 residents have been evacuated, said Jaime Williams, a spokeswoman for the California Department of Forestry and Fire Protection.

“We’ll keep working day and night with our local and federal partners to fight these fires and help residents get back on their feet in these trying times,” he said in a statement.

Officials have said power lines toppled by gale-force winds the first night may have sparked the conflagration, though the official cause remained under investigation.

The picturesque town of Calistoga, at the northern end of Napa Valley, faced one of the biggest remaining hazards. Its 5,000-plus residents were ordered from their homes on Wednesday night as a fierce blaze dubbed the Tubbs fire crept to within 2 miles (3.2 km) of city limits.

On Friday, fires raged along mountain ridges overlooking Calistoga, threatening to rain embers onto the resort and spa destination if strong winds blow out of the north as predicted, Cal Fire spokesman Dennis Rein said.

The year’s wildfire season is one of the worst in history in the United States, with nearly 8.6 million acres (3.5 million hectares) burned, just behind 2012, according to the National Interagency Fire Center.