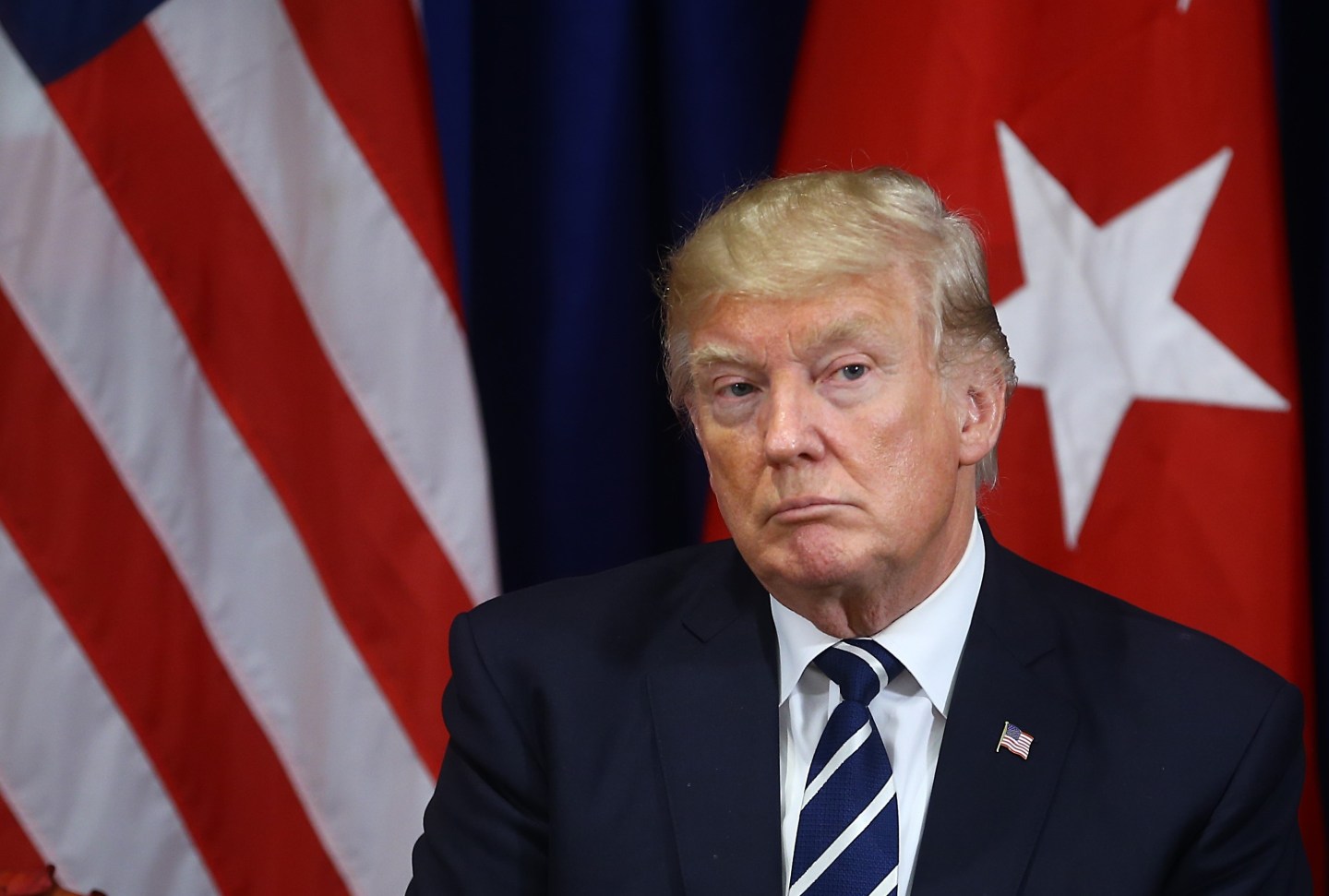 President Donald Trump has three suggestions to fix the NFL: stop disciplining players for hard hits, boycott games when players kneel during the national anthem, and then fire those players.

Trump offered the advice during a rally in Huntsville, Ala., Friday night, a day after researchers from Boston University revealed that former New England Patriots tight end and convicted murderer Aaron Hernandez had a severe case of chronic traumatic encephalopathy (CTE), a degenerative brain disease linked with violent and erratic behavior found in more than 100 former NFL players.

Read More: This Is Everything Donald Trump Said in His Speech About the NFL

The President then turned his attention to the act of kneeling during the national anthem, a form of protest several NFL players have taken since former San Francisco 49ers quarterback Colin Kaepernick did last year to protest the treatment of black people by police. Trump suggested attendees of NFL games counter the protest with one of their own.

Trump then called on NFL team owners to strike down the act once and for all: “Wouldn’t you love to see one of these NFL owners, when somebody disrespects our flag, you’d say, ‘Get that son of a bitch off the field right now. Out! He’s fired. He’s fired!”

In turn, a number of NFL players slammed Trump on social media for his comments.

I'm a full supporter of the Flag & This country! Trust Me! But this can't be real! https://t.co/GAPkZPB8hz

It's a shame and disgrace when you have the President of the US calling citizens of the country sons of a bitches.

Early Saturday morning, the NFL released a statement in response to Trump’s remarks.

“The NFL and our players are at our best when we help create a sense of unity in our country and our culture,” Commissioner Roger Goodell said. “There is no better example than the amazing response from our clubs and players to the terrible natural disasters we’ve experienced over the last month.

“Divisive comments like these demonstrate an unfortunate lack of respect for the NFL, our great game and all of our players, and a failure to understand the overwhelming force for good our clubs and players represent in our communities,” Goodell added.

Trump later returned to Twitter, adding that “if a player wants the privilege of making millions of dollars” that person “should not be allowed to disrespect” the flag or country.

If a player wants the privilege of making millions of dollars in the NFL,or other leagues, he or she should not be allowed to disrespect….

…our Great American Flag (or Country) and should stand for the National Anthem. If not, YOU'RE FIRED. Find something else to do!

Roger Goodell of NFL just put out a statement trying to justify the total disrespect certain players show to our country.Tell them to stand!