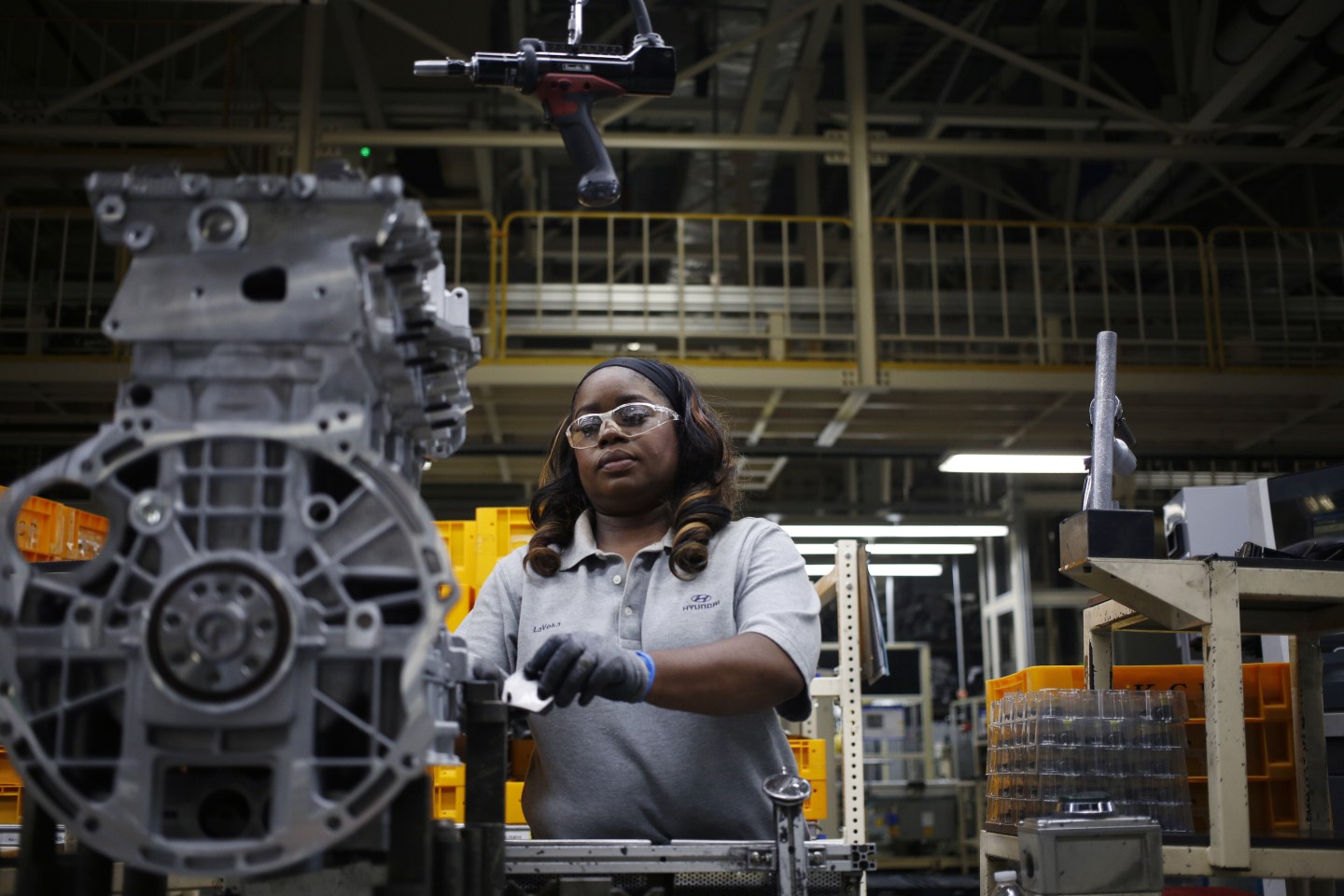 The Trump administration has set a collision course with the auto industry as it launches renegotiations of the 23-year-old NAFTA trade pact this week, aiming to shrink a growing trade deficit with Mexico and tighten the rules of origin for cars and parts.

More than any other industry, autos have been the focus of U.S. President Donald Trump’s anger over the North American Free Trade Agreement, which he blames for taking car factories and jobs away from America to low-wage Mexico.

The United States had a $74 billion trade deficit with Mexico in autos and auto parts last year, the dominant component of an overall $64 billion U.S. deficit, according to U.S. Census Bureau data.

“The Trump administration has framed their NAFTA negotiating objectives around reducing the trade deficit with Mexico,” said Caroline Freund, a senior trade fellow at the Peterson Institute for International Economics. “If they don’t touch autos, there’s no way of getting at what they want.”

Among tools that U.S. Trade Representative Robert Lighthizer may seek to boost auto employment in the U.S. is strengthening the rules of origin to shut out more parts from Asia, and possibly an unprecedented U.S.-specific content requirement for Mexican vehicles.

Lighthizer’s negotiating objectives for NAFTA seek to “ensure the rules of origin incentivize the sourcing of goods and materials from the United States and North America,” which has raised concerns among auto industry executives and trade groups that he will seek a deal that guarantees a certain percentage of production for the United States.

The industry is opposed to such a carve-out or to increasing the percentage of a vehicle’s value that must come from the region above the current 62.5%—already the highest of any global trade bloc.

They say this would raise costs and disrupt a complex supply chain that sees parts crisscrossing NAFTA borders and has made North American car production competitive with Asia and Europe.

“Our members feel very strongly that rules of origin are not the tools to use to reshore jobs into the U.S.,” said Ann Wilson, senior vice president of government affairs for the Motor and Equipment Manufacturers Association, a trade group representing auto parts makers.

Wilson and other industry advocates say a better way to boost U.S. manufacturing jobs is through policies aimed at expanding vehicle exports.

But if U.S. Commerce Secretary Wilbur Ross gets his way, it would be harder to reach the 62.5% content threshold because the “tracing list” of parts that count towards that goal would be modernized. He argues the current rules are too loose and allow a tariff-free “back door” for Chinese auto parts.

Parts that did not exist when the 300-plus page list was devised in the early 1990s, largely electronics sourced from Asia such as console touch screens or hybrid-drive controllers, do not count against reaching the threshold. If they are put on the list, companies would have to source them from North America or pay tariffs on them.

Foregoing all NAFTA tariff-free access benefits – something that could happen if Trump is dissatisfied with the negotiations and decides to scrap the trade pact – would raise costs by about $4 billion-5 billion a year, Ulthus added. Ford plans about $7 billion in total capital spending this year.

Among the other contentious NAFTA issues that U.S., Canadian and Mexican negotiators will tackle starting on Wednesday in Washington is the future of a mechanism for resolving trade disputes.

The United States wants to eliminate a so-called “Chapter 19” provision, arguing that it fails to combat unfair subsidies of some Mexican and Canadian goods. Mexico and Canada have vowed to keep the provision.

U.S. negotiators will also seek a provision to deter currency manipulation, aiming to set a precedent for future trade negotiations, such as a revised U.S.-North Korean deal or a bilateral pact with Japan.

The negotiations face an extremely tight timeline, with officials saying they want to complete negotiations by early next year to avoid ratification difficulties posed by elections in Mexico in July 2018 and in the U.S. in November 2018.

Freund, a trade economist for more than a decade at the World Bank and International Monetary Fund, said the negotiators should focus on a few key areas.

“If you really want to do a full-blown modernization of NAFTA, it’s going to take a lot more than six months,” she said. “Ultimately I think they’re going to get bogged down in all these details and pick two to three things and have a smaller agenda.”