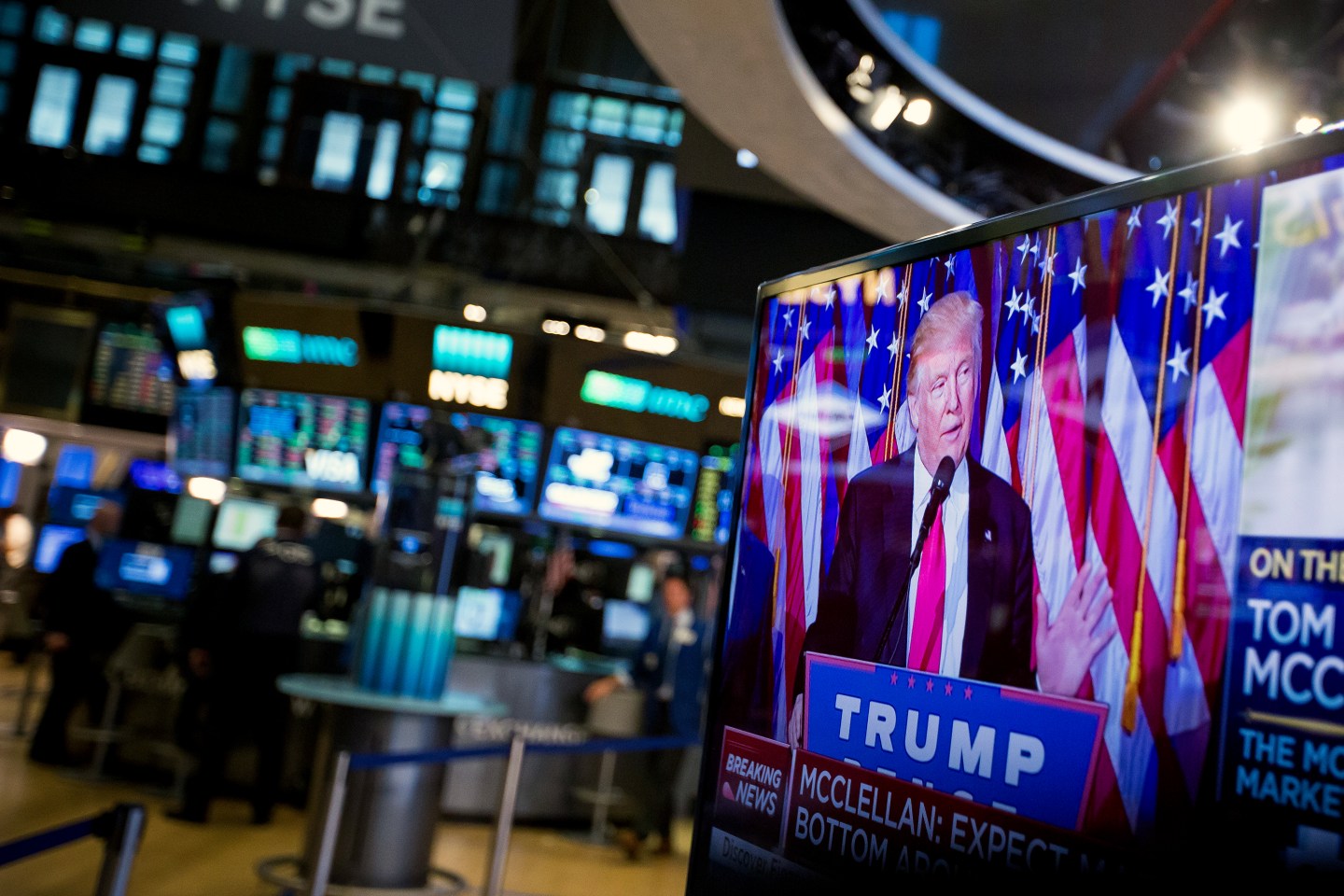 Thanks to a surge in gaming and, to some extent, bitcoin mining, Nvidia stock has gained 133% as the wider index jumped 16% in the same period. For comparison, the best performer a month after Trump’s election was oil company Transocean.

Nvidia’s rise comes as parts of Trump’s agenda, including plans to replace the Affordable Care Act, have stalled in Congress. While some post-election winners such as Goldman Sachs (which has fallen 9% off its post-election high) and private prison Corecivic (down 29%) have pared some of those gains, tech stocks have helped push the U.S. stock markets into continual new highs.

Nvidia’s top spot on the S&P 500 is nothing new. Not only has the stock been the best performer on the S&P 500 over the past year—rising 192%—but it’s been the best performing S&P 500 stock over the past four years, up 1,087% in that time. And these gains could continue: The company’s main source of revenue, the video game industry, is expected to grow to $109 billion in revenue in 2017. Nvidia also expanded into self-driving cars and artificial intelligence.

The company’s sales, which rose 38% to $6.9 billion in 2016, may also be getting a more recent boost from the rise of cryptocurrencies. The total market value of cryptocurrencies has risen by $106 billion to $123.9 billion since the start of 2017, as some look to digital coins as a safer asset than some fiat currencies amid geopolitical instability. While Nvidia does not disclose exactly how much of its revenue can be attributed to cryptocurrency miners, Jefferies analyst Mark Lipacis said in a Tuesday research note that cryptocurrency miners seeking Nvidia chips to power their transactions could lift the firm’s earnings on Thursday.

Ahead of Nvidia’s earnings report, shares were down 3%. But, according to Reuters, analysts are still expecting Nvidia to report revenue $1.96 billion and earnings per share of 70 cents for the quarter ending July.