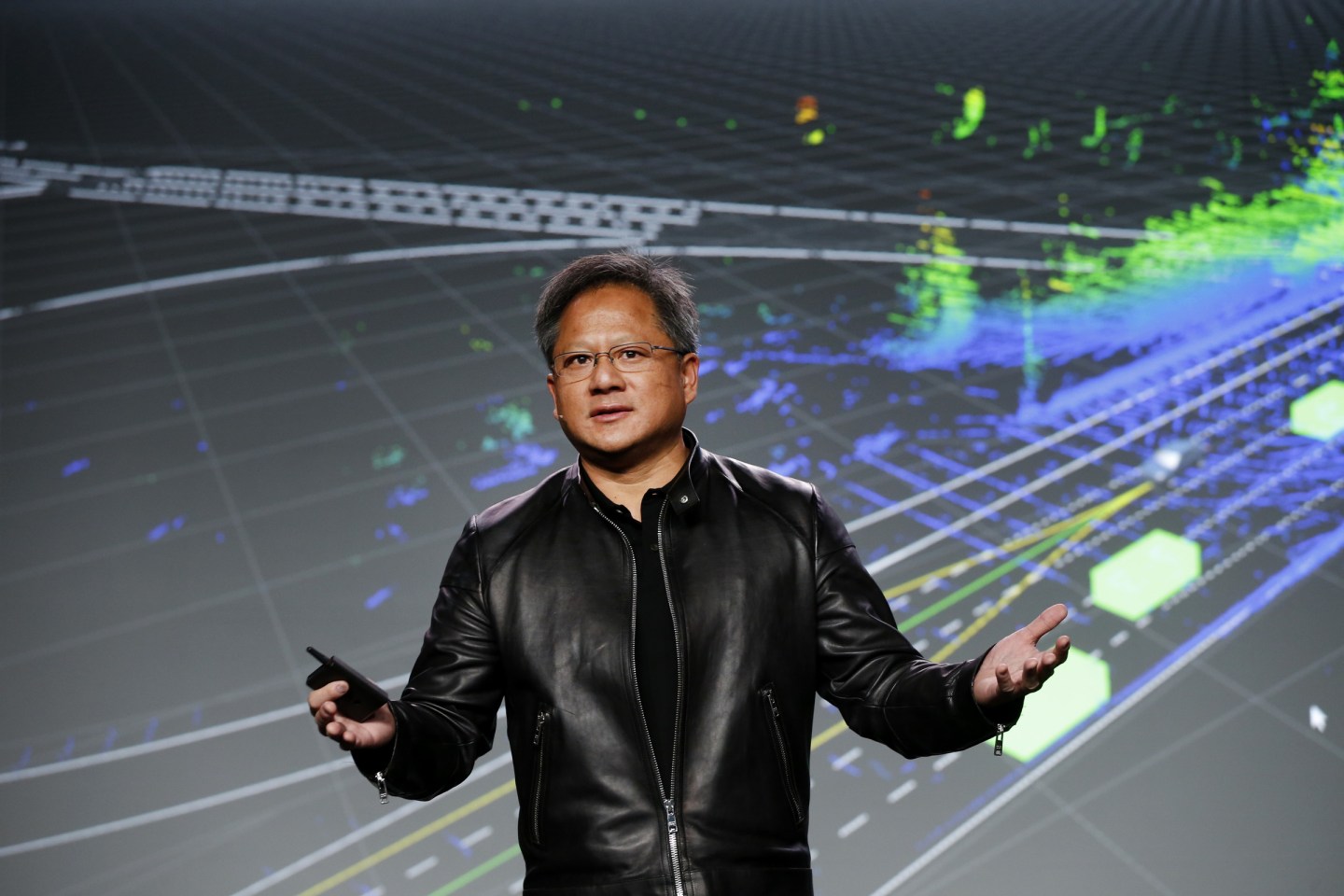 Nvidia reported a better-than-expected 48.4% jump in quarterly revenue, helped by strong demand for its graphics chips and its diversification into fast-growing areas such as self-driving systems and artificial intelligence.

The Santa Clara, California-based company also forecast revenue of $1.95 billion, plus or minus 2%, for the current quarter. Analysts on average were expecting $1.89 billion, according to Thomson Reuters I/B/E/S.

Revenue from Nvidia‘s gaming business, which includes the hugely popular GeForce graphics card series, rose nearly 50% to $1.03 billion in the first quarter. The business accounted for 53% of the company’s total revenue in the quarter.

Analysts were expecting revenue of $1.11 billion from the gaming business, according to financial data and analytics firm FactSet.

Under Jensen Huang, who co-founded the company and has led it since its inception, Nvidia has largely been able to avoid the downturn in the PC market by focusing on the development of high-end graphics cards that command premium prices.

The chipmaker has also diversified its efforts into the automotive industry and also supplies chips that are used in data centers.

Data center revenue more than doubled in the first quarter to $409 million, handily beating analysts’ estimates of $318.2 million, according to FactSet.

Analysts were expecting revenue of $132 million, according to FactSet.

Analysts on average had expected revenue of $1.91 billion, according to Thomson Reuters I/B/E/S.

Through Tuesday’s close, Nvidia‘s shares (NVDA) had fallen 3.6% this year, well underperforming the roughly 7% gain in the broader S&P 500.