Why did this hot cryptocurrency company halt new account signups? 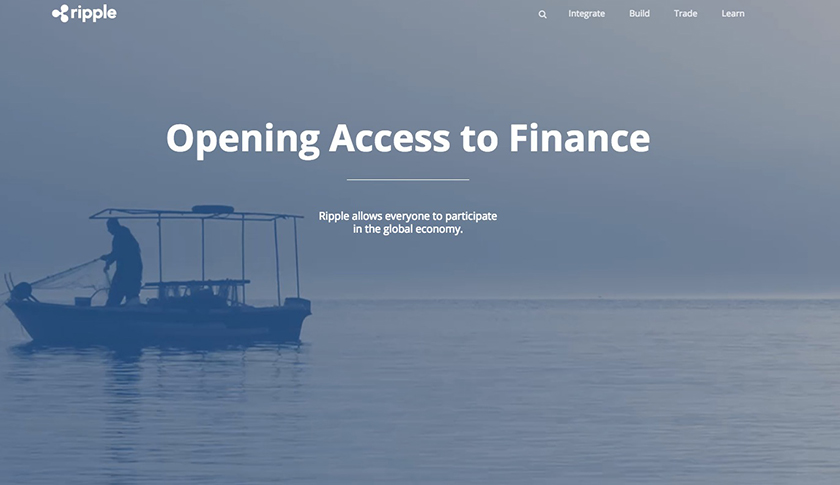 Just one year ago, Ripple Labs was making waves as a competitor of sorts to the buzzy cryptocurrency bitcoin. This summer has been a bit of a different story: FinCEN, the federal agency tasked with fighting financial crime, took enforcement action against Ripple, and the company has paused new signups for one part of its business.

While bitcoin is one cryptocurrency, and it runs on an underlying network also called Bitcoin, Ripple is a separate internet protocol that allows for the exchange of multiple currencies—both crypto and fiat. (Here’s where it can get confusing: Ripple also has its own native cryptocurrency, XRP, the second-largest digital currency by market cap.) An Entrepreneur story last year asked whether Ripple might be “the next bitcoin.” A video at Bloomberg suggested that Ripple had big plans to “take on bitcoin.” It has raised some $34 million in four rounds of funding, including from Andreessen Horowitz.

But last month, Ripple quietly halted all signups for new accounts on Ripple Trade, its consumer wallet for individual users. (That is: not for banking and institutional customers.) The company didn’t make any formal announcement, put out a press release, or write a blog post. Rather, it began the pause on June 3 and shared the news with some users on Ripple’s forums, then last week added a short note to the top of its Ripple Trade web site: “Notice: Ripple Trade encourages customer identification but it is optional until August 30, 2015. Existing users have through August 30, 2015 to verify their identity details in order to access Ripple Trade. We are pausing account sign-ups until further notice.”

So: is the company pivoting its model? “No—we’re not restructuring or pivoting,” a spokesperson said in a statement sent to Fortune. “Ripple Labs continues to grow worldwide… As we enhance our customer verification standards in compliance with FinCEN requirements, we are temporarily pausing new Ripple Trade signups to focus on a seamless transition for current users.”

FinCEN is the U.S. Financial Crimes Enforcement Network, the federal arm that monitors crimes like money laundering. It isn’t an entity that digital currency businesses want to cross, or have to deal with. In May, FinCEN fined Ripple Labs $700,000.

It was the very first civil enforcement action taken against a digital currency transmitter. And it followed a settlement between Ripple and the Department of Justice in which the D.O.J. agreed not to criminally prosecute Ripple, in exchange for a forfeiture of $450,000. (That was credited toward the $700,000 FinCen fine.) According to FinCEN, Ripple “willfully violated several requirements of the Bank Secrecy Act (BSA) by acting as a money services business (MSB) and selling its virtual currency, known as XRP, without registering with FinCEN, and by failing to implement and maintain an adequate anti-money laundering (AML) program designed to protect its products from use by money launderers or terrorist financiers.”

Regarding the FinCEN judgment, Ripple issued a statement at the time. It read, in part: “We have not willfully engaged in criminal activity, nor has the company been prosecuted… Ripple Labs has cooperated extensively with the government during its investigation and has taken a number of important steps over the years to build and strengthen our compliance programs…. Ripple is infrastructure technology for banks to build compliant payment networks. The settlement announced today does not impede our ability to execute on those bank integrations.”

It is the bank integrations and institutional customers that Ripple is focused on. But the company says it does not plan to shut down Ripple Trade, the side of the business aimed at individuals. Rather, it is implementing new identity verification services and, while it is transitioning existing users over, it is closing Ripple Trade to new users for the moment. The new verification process will seek information like name, address, date of birth, bank account, a driver’s license and other documents. A spokesperson adds that, “This identify verification effort with Ripple Trade is part of our overall compliance policy.”

Much like bitcoin, Ripple operates on a public ledger (akin to bitcoin’s block chain), and its appeal is the ability to send money around the world with little or no fees and little or no transfer delay times like those that come from using Western Mutual or any mainstream money transmitter. Unlike bitcoin, Ripple seeks to do this for a wide range of currencies. It aims to take the idea of bitcoin one step further, expanding upon it.

In addition to the FinCEN judgment and the Ripple Trade signup halt, there have been other bumps in the road. Last month, Ripple discontinued Codius, a smart-contract platform that launched one year earlier with a blog post touting the project. Ripple cited lack of demand as its reason for closing Codius.

To be sure, Ripple has also had some good news to share. In April it was reported that Western Union will test out Ripple. In June came news that the Royal Bank of Scotland will do the same. Two big Australian banks will also experiment with Ripple.

As for when the pause on Ripple Trade signups will lift? “There is no specific date yet,” the company says.

A spokesperson tells Fortune that the Ripple Trade pause is “a very small item.” That may be the case. But as one digital currency startup executive remarked to Fortune this week about the industry, “Where there’s smoke, there’s fire.” In the cryptocurrency world, where there has been a significant amount of criminal activity, that has too often been true.