How Huawei May Have Finally Cracked the U.S. Phone Market 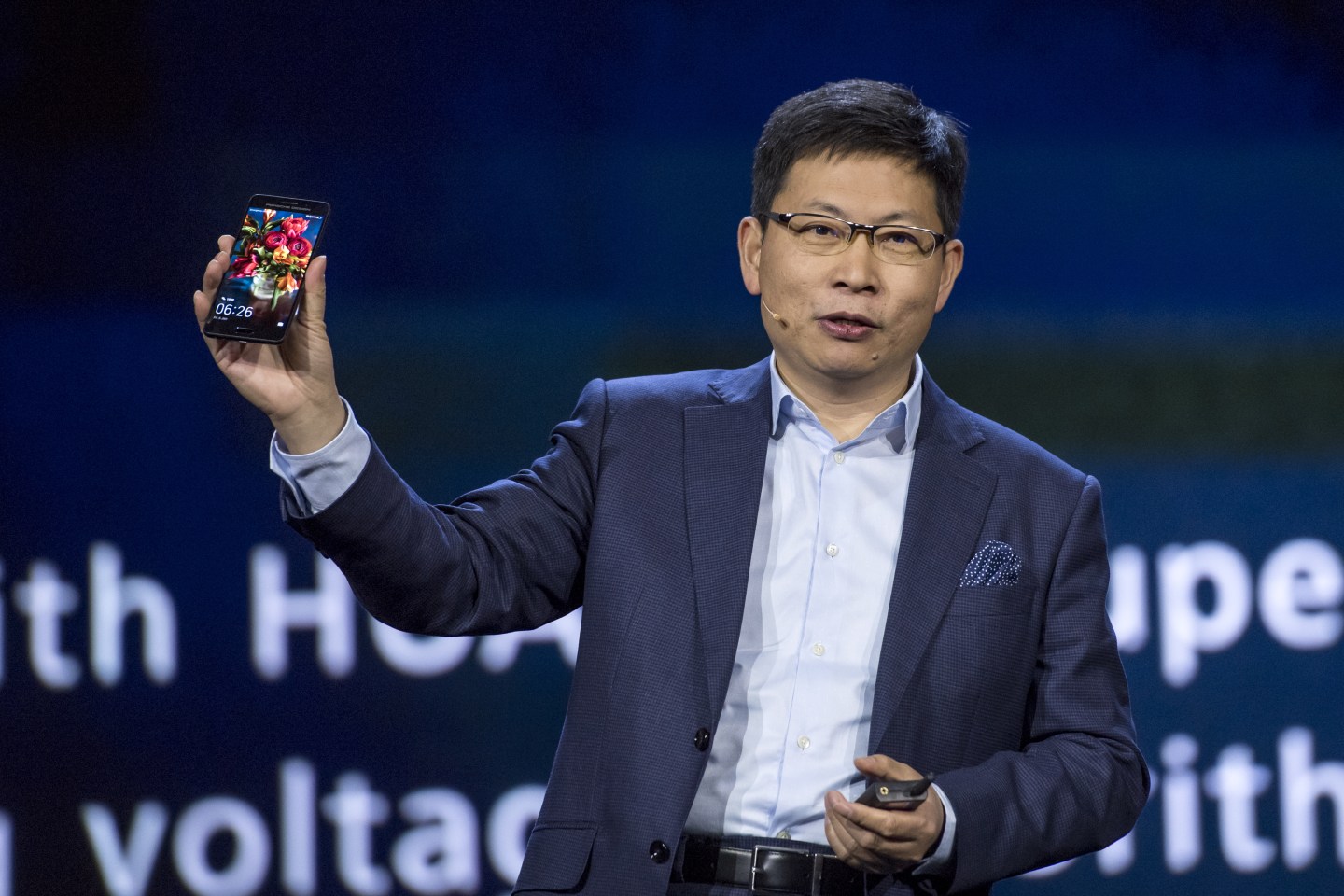 Chinese telecommunications equipment giant Huawei has been making big strides in the global mobile phone market except in the United States. But that may be about to change as the company is reportedly on the verge of a deal with AT&T to sell its flagship phones here, marking its first deal with a U.S. carrier.

For several months, AT&T has been testing Huawei’s phones and its proprietary Kirin mobile phone chip set for use on AT&T’s network. Now a tentative deal is in place for AT&T to sell Huawei’s flagship phones in its wireless stores directly to customers in the first half of 2018, the tech news site The Information reported on Friday.

Huawei had less than a 1% share of global mobile phone sales five years ago, but by last year, built itself into the third-largest seller overall by capturing 10% of the market and trailing only Apple and Samsung. But most of the gains so far have been in its home market of China and other developing nations. Richard Yu, who heads the company’s consumer electronics unit, has told Fortune that he’s aiming to pass Apple (AAPL) and its 15% share sometime next year.

To crack the U.S. market, Huawei has been offering higher end models with premium features like Leica cameras. But when it introduced its new flagship, the P10, in Barcelona in February, it didn’t have anything to say about when it would be available in the U.S. A mid-tier model, the Mate 9, is not sold by carriers but unlocked in the U.S. on sites like Amazon (AMZN) and Best Buy (BBY), and backed by ads starring actor and former Apple Mac pitchman Justin Long.

Huawei declined to comment on the AT&T rumor, but said: “In the U.S. market, we are focused on the open channel, where our flagship products including the Mate 9, Matebook X, MediaPad and Watch 2, have received very positive feedback.”

Huawei’s mostly-online, unlocked effort hasn’t produced anywhere near the volume of sales that it needs to overtake Apple. An earlier plan to make Nexus phones for Google (GOOGL) ran aground when sales failed to take off. Then on the latest Pixel line, Google didn’t want Huawei’s brand to appear on the devices, prompting Huawei to drop the project.

Adding AT&T would be “kind of a big deal,” notes analyst Jan Dawson, chief analyst of Jackdaw Research. “Between this and the availability of the Motorola Z2 Force on all four major carriers, we’re potentially entering the first real phase of expansion in the US smartphone lineups offered by major carriers in quite some time, following a period of simplification and focus,” he writes in a research note about the deal.