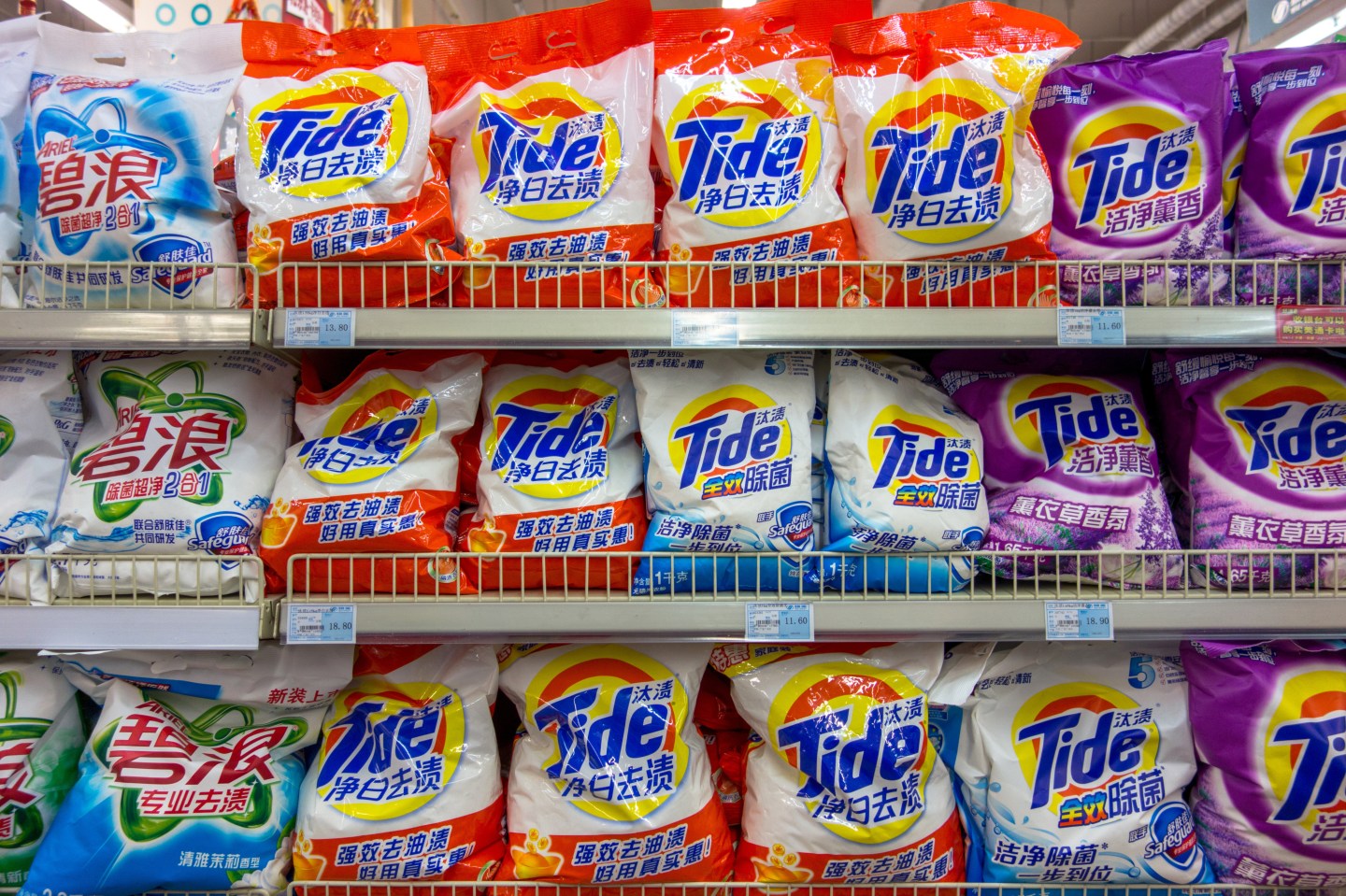 Peltz, whose fund Trian Fund Management has taken a $3.3 billion stake in the consumer good giant, is seeking a board seat in the largest proxy war ever in the U.S. and has argued that P&G hasn’t done enough to benefit from a five-year cost cutting plan that saw it eliminate thousands of jobs and cut hundreds of brands, even as he remained skeptical of the current five-year, $10 billion savings plan announced last year. He has also blasted what he sees as the company’s ability to move quickly as its industry changes.

P&G, whose brands include stalwarts like Tide and Gillette, said net sales were flat at $16.08 billion in the fiscal fourth quarter. But organic sales, which exclude acquisitions and the impact of foreign exchange fluctuations, rose 2%, helped in part by a jump in beauty business, which includes Olay, as well as its fabric & home care segment, which includes Febreze. Amid stagnant sales, P&G has boosted profits by cutting costs: Selling, general and administrative expenses fell 7% in the quarter. The company expects 5% to 7% growth in full-year adjusted profit, or $4.12-$4.19 per share, above the $4.11 Wall Street had been expecting and shares rose 2% in morning trading.

But Peltz, who has called out P&G’s smaller returns to shareholders compared to other consumer goods companies, was not swayed from his position that P&G has to make big chains. “Trian believes P&G needs to address the root causes of this consistent underperformance, including deteriorating market share across most of its categories and excessive cost and bureaucracy,” he said in a statement on Thursday. Peltz added that he wanted to change what he called P&G’s “insular culture.”

As for P&G CEO David Taylor, he again pressed his case that the company he’s led for nearly two years is on the right path and must stay that course. Taylor, a P&G lifer with 37 years at the company, pointedly said that there was no need for Peltz to join the board. “There’s nothing incremental he’s offered,” Taylor told CNBC. “The fact that he has good advice doesn’t mean we just add him to the board.”

The company has pared down its unwieldy portfolio in recent year, going form 16 categories to 10 and getting from 170 brands down to 65. Still, P&G has seen the market share of key products like its industry-leading Gillette shaving business erode as it has been slow to react to some of change in consumer products, namely the emerging of razor subscription services like Dollar Shave Club. On a call with Wall Street analysts, Taylor went over some of the company’s efforts, such as updating management and bonus structure to speed up change.

Even as a potentially bruising proxy war brews, P&G can take comfort in knowing it has best some rivals of late: Colgate-Palmolive’s organic sales for the quarter were flat while Kimberly-Clark saw a 1% decline.