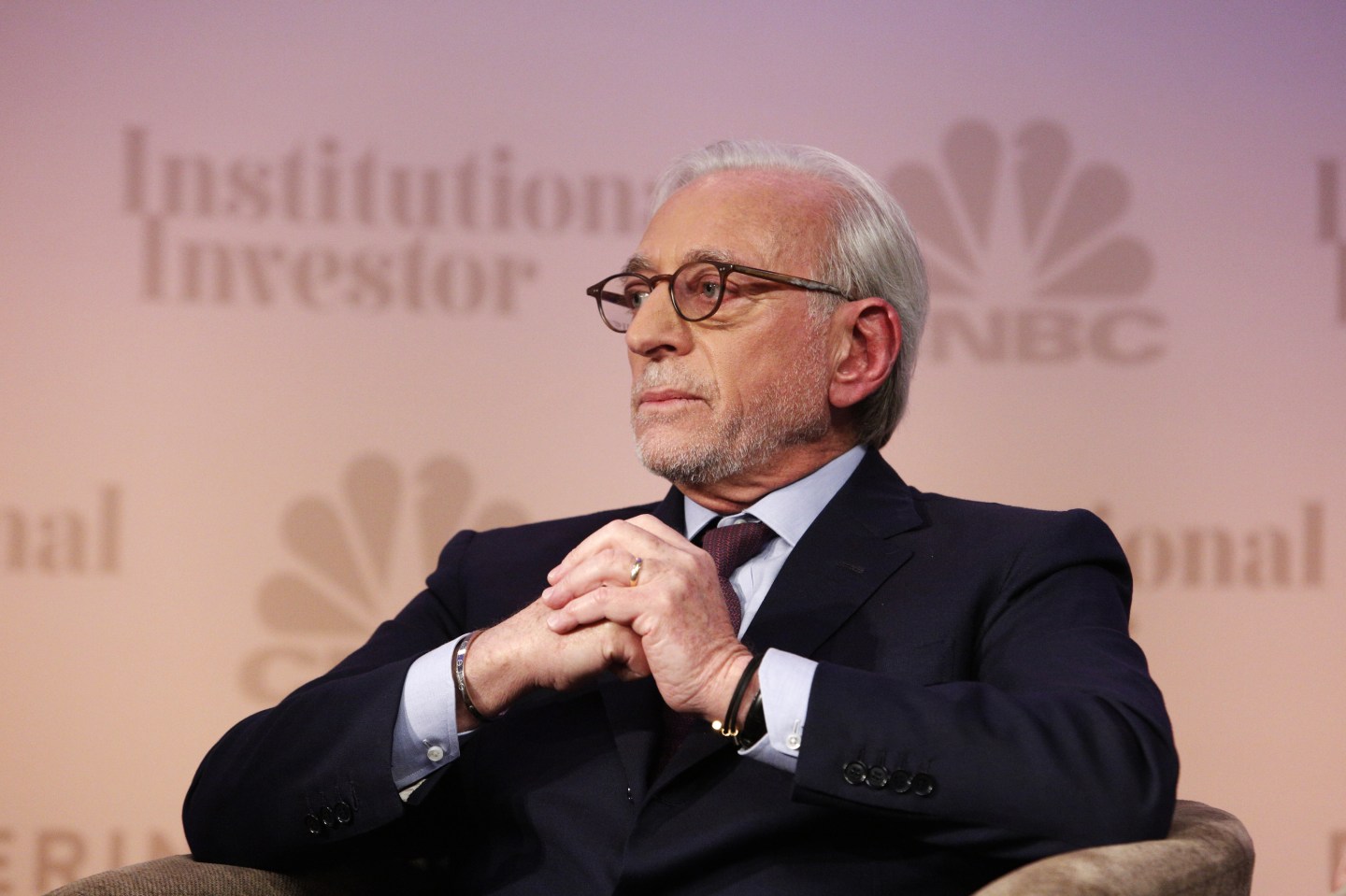 The iconic purveyor of Tide detergent, Gillette razors, and Bounty paper towels is shrinking. Since the start of 2014, P&G has shed over 100 products, axing 43 brands in a $12.5 billion deal with Coty, selling Duracell batteries to Berkshire Hathaway for $4.7 billion, and dishing its pet food franchise to Mars for $2.9 billion.

Now, Nelson Peltz, co-founder of Trian Partners, reckons that his activist fund can do for P&G what its Prilosec does for heartburn. In February, Trian announced that it had purchased well over 1% of P&G shares for $3.3 billion. Peltz has been seeking a board seat, but after he held lengthy discussion with P&G directors and top managers, the company rebuffed his overtures. So on July 17, Trian announced that it’s launching a proxy campaign to put Peltz on the board.

Since the financial crisis of 2008, budget-conscious customers have shifted their dollars from pricey brands to generic products and internet offers such a the razors offered by Dollar Shave Club, recently purchased by Unilever. In this brutal market, P&G wisely sold unprofitable brands to focus on their highest-margin products in personal care, medicine and cleaning. The strategy consisted mainly of returning the capital raised from these sales to shareholders, and at the same time, raising returns on the core assets that remained.

And in good measure, the program worked. An excellent yardstick for measuring how well managers are deploying the assets entrusted to them by shareholder is COROA, or cash operating return on assets, It’s a measure developed by Jack Ciesielski, author of the Analyst’s Accounting Observer. COROA eliminates the effects of financing and taxes by adding cash taxes and interest back to cash flow from operations, to get a pure measure of all the cash a company is generating each year. It then divides that number, Operating Cash Flow, by average assets, including accumulated depreciation, to determine all the cash the managers are wringing from every dollar paid for factories, goodwill, inventories and everything else used to run the business.

The proceeds from those asset sales helped P&G fund $28.6 billion in dividends and buybacks over the past three fiscal years, as well as reduce debt by $4.8 billion and swell cash reserves by $2.6 billion. In short, P&G managers have proven prudent stewards of capital.

The Problem is Zero Growth

The rub: Sales are stagnant or declining at the current stable of brands. It’s understandable, and probably wise, that P&G isn’t looking at expansion through acquisition, an expensive path. It’s failing, however, to develop the new products and spinoffs from its existing portfolio to drive revenues. The seed corn for new products is R&D. “P&G is not getting the bang that it should from its R&D spending,” says Ciesielski.

In 2014, P&G spent $1.9 billion in research and development. In 2016, the figure was still $1.9 billion. Since sales declined sharply, P&G has gone from spending 2.6 cents of every dollar in sales on R&D to 2.9 cents. or almost 12% more. Yet maintaining generous levels of R&D hasn’t contributed to its ultimate purpose, sparking growth.

P&G’s market cap stands at $226 billion, 16.2x its net earnings over the past four quarters. Its dividend yield is a relatively-rich 3.1%. For its multiple to remain constant at around 16, P&G must generate total returns equal to the earnings yield, the inverse of the multiple, or 6% “real,” plus estimated future inflation of 2%, for total gains of 8%.

That’s a steep climb for a no-sales-growth player. To get to our 8%, P&G must raise earnings 5% a year (that’s the 3% yield plus 5% earnings growth, for a total of 8%). If revenues stay flat, all the profit gains must flow from gigantic reductions in expenses. It’s hard to think of any major company that’s cut its way to prosperity. Yet cutting is a leading solution proposed by newly-named CEO David Taylor, who’s aiming to lower expenses by $10 billion in just five years.

For Trian, P&G needs a shakeup because it’s badly lagging its rivals, both in shareholder returns, and performance of its products. According to metrics posted on Trian’s website, P&G P&G had produced total returns of 67% over the past fiver years, compared with 102% for the S&P 500, and 90% for the consumer staples index. Its organic sales have grown 2% a year, half industry average, and its volumes has increased a total of just 3%, compared with 15%for its peers. Trian documents overall market share losses in all of its three major categories, tissue and hygiene, beauty and personal care, and home care.

And even though its returns on assets have substantially improved, P&G’s COROA of 12.8% still trails the Colgate Palmolive’s spectacular 25.5%, and Unilever’s 14.4%,

P&G Should Put Peltz on the Board

Taylor’s plan to chop the cost base by $10 billion is unlikely to significantly lift profits, and drive P&G’s share price. P&G recently completed a $10 billion cost reduction campaign, and states that $3 billion of the savings were reinvested in operations. Yet that $3 billion did nothing to create hot products or spinoffs, or raise revenues.

The risk is that most of the cost savings are recycled into more R&D, as well as advertising and marketing spending, that merely keeps sales where they are now. P&G should indeed greatly lower costs, but it needs to bank part of the savings, and channel the remainder into projects that will grow revenues, not just provide a barrier to more erosion.

Peltz advocates what P&G sorely needs, a growth strategy. As he states in the press release announcing the proxy campaign, “As a board member, it would be my goal to improve performance by increasing sales and profits, and regaining lost market share.” The key words are “increasing sales.” Peltz has broad experience in consumer products from his successful campaigns at Snapple, Heinz, and Cadbury. It’s crucial to aim the dollars garnered from savings at the most promising new products and spinoffs. Although P&G has benefited from dumping unprofitable products, it hasn’t used those savings to launch successful new ones. It needs a director who’s expert at steering those investments where the payoffs are biggest.

Peltz doesn’t attack weaklings. He specializes in big names boasting great brands that are underperforming, but still have lots of cash flow. That’s P&G. Its strong cash generation provides a cushion for taking chances, for daring product development. It’s also time for P&G to get daring in naming directions. The colossus of Cincinnati needs fresh thinking to stop the incredible shrink.