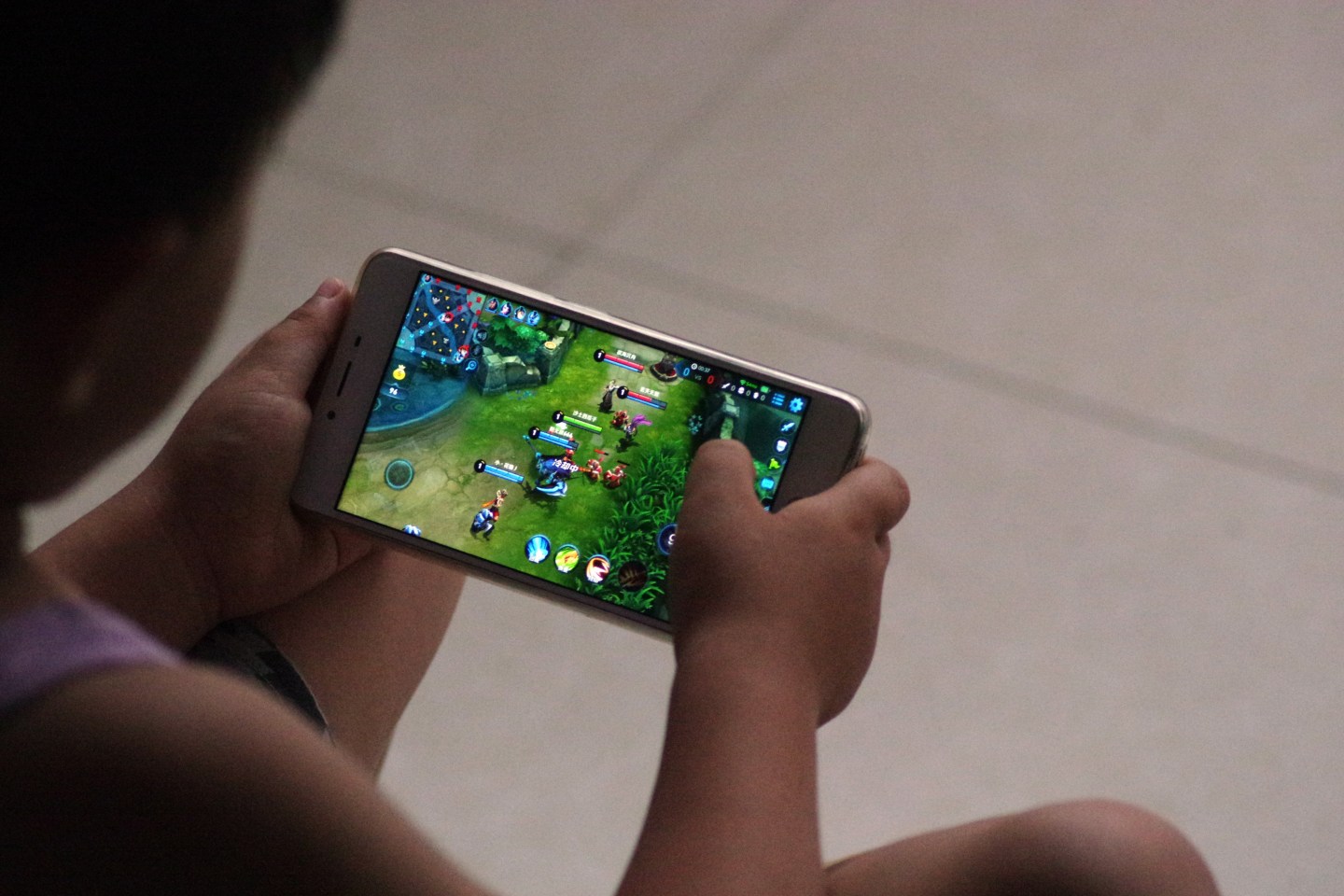 DEZHOU, CHINA - JULY 02: A child plays online game 'Honor of Kings' on July 2, 2017 in Dezhou, Shandong Province of China. China's Tencent will restrict each account's daily playtime of its popular role-playing mobile game 'Honor of Kings', the developers said on Sunday. Children under 12 will be allowed to play the game for no more than an hour a day, and adolescents over 12 years old can play for two hours a day starting from Tuesday. It's an attempt to prevent them from online game addiction. (Photo by VCG/VCG via Getty Images)
VCG VCG via Getty Images

Tencent Holdings Ltd (TCEHY), China’s biggest gaming and social media firm, said it would limit play time for some young users of Honor of Kings from Tuesday, amid claims that children were getting addicted to the popular mobile game.

Parents and teachers have complained that children were becoming addicted to the multiplayer online battle game, which, according to the company, has more than 200 million users, making it the world’s most popular game of its kind.

The firm also plans to ban users under 12 years from logging in after 9PM in China and will impose further restrictions on how much money younger users spend on the game, it added.

“There are no rules to prevent indulgence in online games in China, but we decided to be the first to try to dispel parental worries by limiting play time and forcing children to log off,” Tencent said on its official WeChat account.

Tencent, which has a portfolio of over 200 games, also said it would upgrade a parental-control platform rolled out earlier this year that makes it easier for parents to monitor their children’s gaming account activities.

It will also step up the requirement of real-name registration for all users, it said.

The fantasy role-playing game based on Chinese historical characters raked in a revenue of more than 5.5 billion yuan ($810.47 million) in the first quarter, Chinese gaming industry database CNG estimates. China’s mobile gaming revenue grew by 4.5 billion yuan to 27.5 billion yuan over the period, the biggest growth in two years.

Tencent, which declines to provide a revenue breakdown of its games, made 12.9 billion yuan from smartphone games in the first quarter, according to its financial report.

According to mobile data intelligence firm Jiguang, Honor of Kings has become China’s most popular game in recent months, doubling its monthly active users to 163 million in May compared with December. More than half of its users are below 24 years of age, including more than a quarter below 19 years, it said.

China is the world’s largest gaming market by revenue, and is expected to account for roughly 25 percent of global game sales in 2017, according to research firm NewZoo.

Honor of Kings is essentially a reworking for the Chinese market of League of Legends, originally developed by U.S. gaming firm Riot Games. Tencent completed the acquisition of Riot in 2015, four years after first buying a stake in it. Tencent is also known in the U.S. for having taken a 5% stake in Tesla Motors, making it the largest shareholder in the company behind founder Elon Musk.