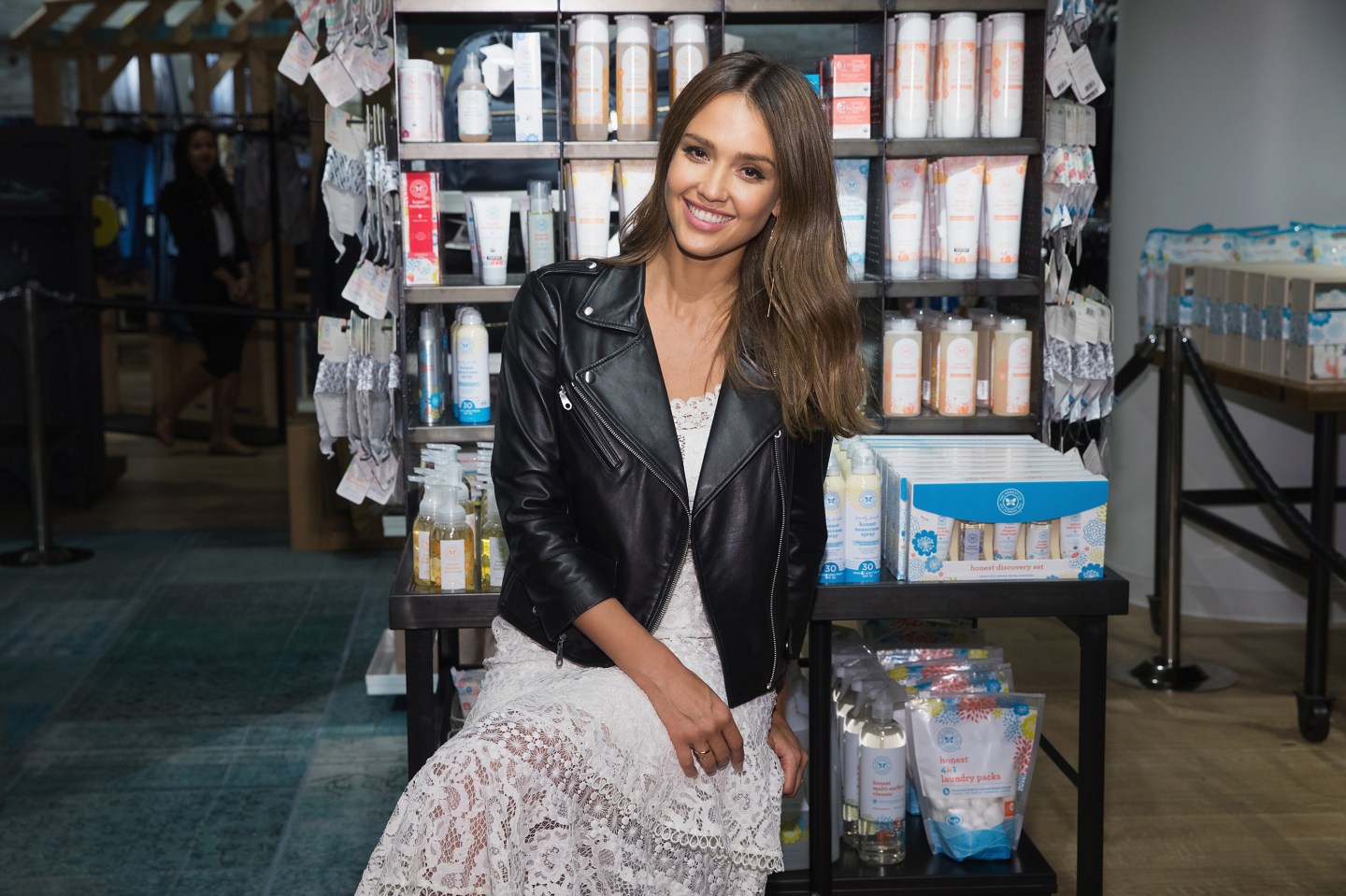 Honest Company, a startup co-founded by actress Jessica Alba, will start to sell the company’s diapers, body wash, and other consumer-products goods on Amazon.com for the first time later this month.

The move to sell on Amazon is part of a broader push to expand the brand’s presence on in-store shelves as well. Honest, which first launched as a direct-to-consumer business, currently stocks goods in around 18,000 brick-and-mortar locations. Over the next two years, the startup hopes to double the amount of stores the Honest brand can be found in.

Nick Vlahos, CEO of Honest, told Fortune in an interview that when he looked at the white space opportunities for the brand to pursue growth, Amazon (AMZN) was a clear target as a partnership with the e-commerce giant would make the brand more relevant online where more consumer spending is gravitating. The union, he explained, is part of a “omnichannel strategy that we are driving aggressively.”

After launching in 2011, Honest got a lot of media attention for being a tech darling because of a business model it employed to sell diapers, laundry detergent and toilet bowl cleaner. But as Fortune reported last year, that label was actually a bit misplaced because Honest didn’t sell or develop any tech, it just used the web to sell its goods. The “disruption” Honest is trying to do is more about popular consumer staples and less about technology.

The hiring of Vlahos, a former Clorox (CLX) executive, earlier this year alludes to that shift in thinking. When that appointment was made, Alba said the following: “With our strategic shift from e-commerce to omni-channel brand underway, this is the perfect time to welcome Nick Vlahos as the new CEO of The Honest Company.” Vlahos has a ton of experience helping build up brands, getting credit for helping propel the global growth of Burt’s Bees, for one example. One critical way you build a brand: a strong distribution plan. Vlahos’ experience could potentially help Honest soar as well—as long as it finds a way to move past litigation-focused headlines.

At Honest, the goal seems to widen distribution as much as it can. The brand “can play in multiple channels: a grocery store, Amazon, a drugstore, Target,” Vlahos said. “We have products in all different categories and we have success and repeat purchasing.” Since the back half of last year, Honest has also launched in over 4,100 CVS Health (CVS) stores, hundreds of Babies R Us locations, and is also adding more distribution at Target (TGT). Brick-and-mortar retail currently accounts for about 40% of the company’s $300 million in annual sales.

Vlahos, like many retail executives, concedes that a disproportionate amount of future consumer spending will be on online channels—thus justifying the relationship with Amazon. The goods Honest sells are all products that can easily ship to homes as they are shelf stable and not too bulky.

Honest says the official launch on Amazon.com will occur on Monday.