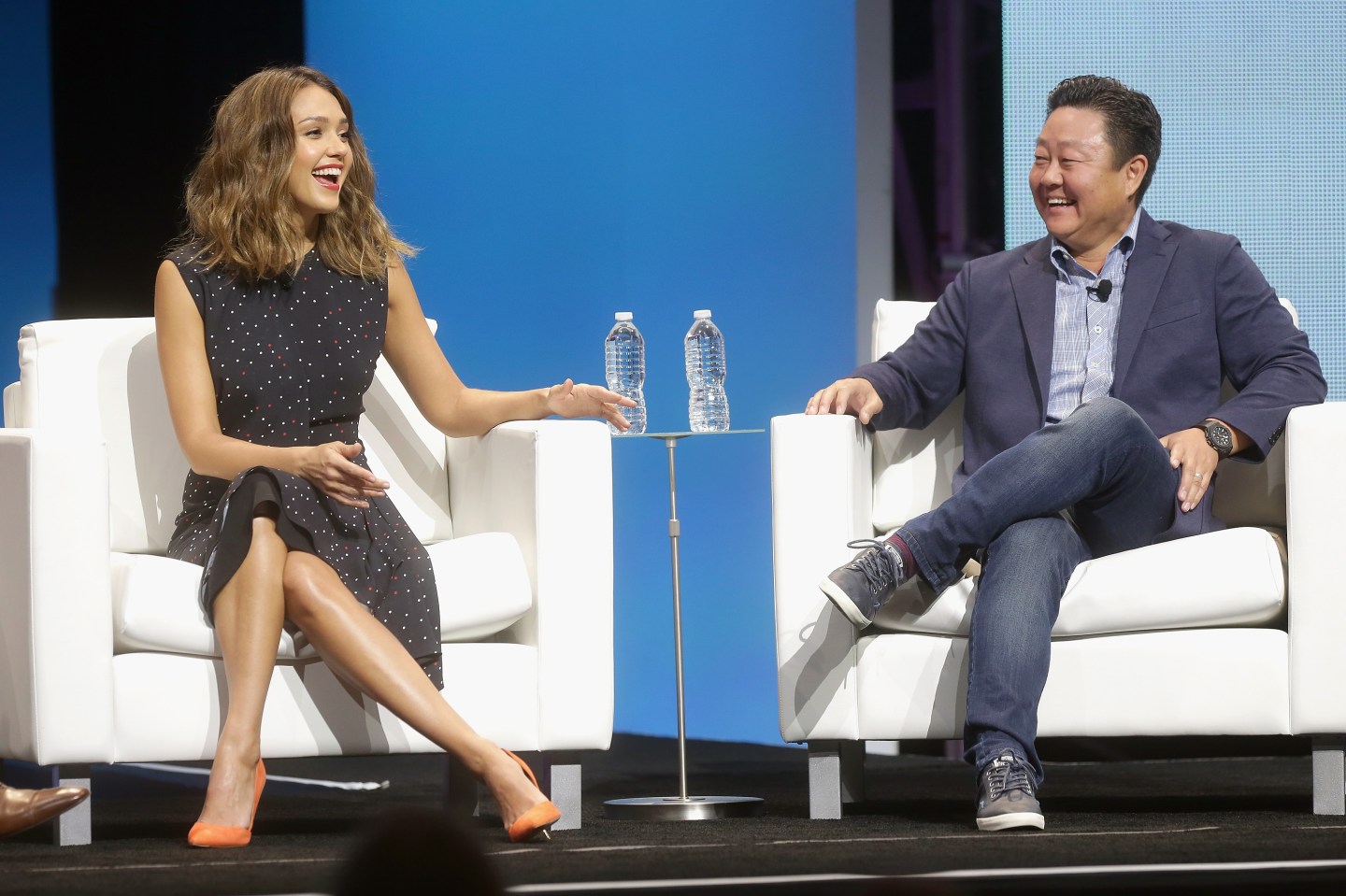 Vlahos, who has worked at Clorox (CLX) for 22 years, also joins Honest Company’s board of directors and will help steer the baby and personal care products company as it aims to expand distribution and build upon the $300 million in sales it generated last year. He succeeds Brian Lee, who was a co-founder of Honest and previously two other startups, LegalZoom and ShoeDazzle. Lee will remain on Honest’s board and serve as an advisor.

“With our strategic shift from e-commerce to omni-channel brand underway, this is the perfect time to welcome Nick Vlahos as the new CEO of The Honest Company,” said Alba in a prepared statement.

The move mirrors what Fortune reporter Beth Kowitt argued late last year: despite the fact that Honest pitched itself to media as a tech startup, its business is selling diapers, laundry detergent, beauty products, and other household goods. The “disruption” Honest is trying to do is more about popular consumer staples and less about technology.

The tech roots lies in how Honest sold its goods, primarily a direct to consumer model via the company’s website. But Los Angeles-based Honest is now stocked in more than 13,000 retail stores across North America and it concedes it needs to start thinking about a future as a consumer products player that competes with the likes of personal-care giants Procter & Gamble (PG) and Unilever (UL). That has more to do with product innovation, savvy marketing, and relationships with traditional retailers and less to do with tech.

Lee’s departure won’t be a surprise to Honest watchers. Recode reported that Alba and her team had reached out to consumer-products companies to lure top talent. Lee’s expertise is in building up startups. His departure from the management team comes after two other high-profile exits: President and co-founder Sean Kane and CFO David Parker stepped down from those roles late last year. Honest also laid off 80 employees and closed the company’s Austin, Texas office at the time of that announcement.

Vlahos, meanwhile, comes from Clorox—which sells Pine-Sol cleaners, Green Works cleaning products, Burt’s Bees natural personal care goods, and Brita water-filtration products. Clorox generates $5.8 billion annually and more than 80% of the company’s sales hold a No. 1 or No. 2 market share position in their categories. It is a 104-year-old company, while Honest is just five-years-old.

The Clorox insider has been credited in driving global growth for brands like Burt’s Bees and as COO he oversees marketing, sales and research for a variety of business units including cat litter, water filtration, and natural personal care products. He also previously served as vice president and general manager for the company’s Laundry, Brita and Green Works goods. Vlahos also serves on the board of the National Productions Association, which advocates for the natural-products industry. Vlahos joined Clorox in 1995 as a regional sales manager in Chicago.

Vlahos received $2.3 million in total compensation for his most recent year of employment at Clorox. His Honest salary hasn’t been disclosed.

“It has been our strategy to evolve the company into an omni-channel brand and Nick’s tremendous background building global CPG brands makes him the ideal person to lead us there,” said Lee.

The new changes at the top of Honest comes several months after speculation the startup had been in talks to sell to Unilever. But the Dutch-British conglomerate bought “green” household products maker Seventh Generation last year instead. The key difference between the two: Seventh Generation sells more goods via retail distribution rather than Honest’s direct-to-consumer model. With the appointment of Vlahos as CEO, Honest is aiming to be more like its Unilever-owned rival.