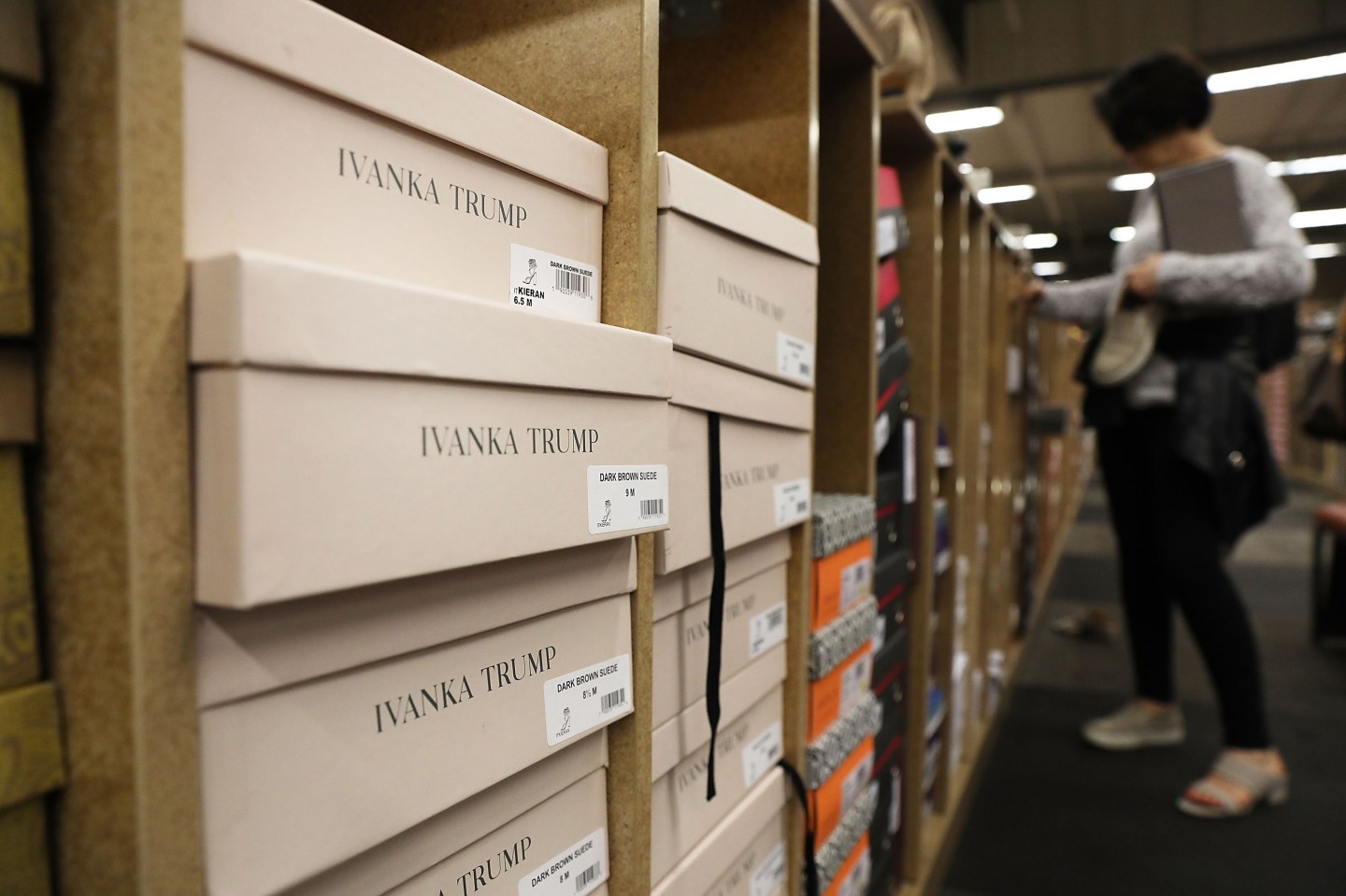 NEW YORK, NY - JUNE 01: Women's shoes by the Ivanka Trump fashion brand sit for sale at a Manhattan retailer on June 1, 2017 in New York City. Recent reports claim that labor activists investigating working conditions at a Chinese factory where her company makes shoes have disappeared or been arrested. Ivanka Trump's fashion brand has faced calls for boycott from anti-Trump activists, while Trump supporters have called for boycotts on stores refusing to sell her products. (Photo by Spencer Platt/Getty Images)
Spencer Platt—Getty Images

After Ivanka Trump‘s fashion brand came under fire for how much it pays its factory workers in China, the Guardian reports that workers at another of the company’s manufacturers, this time in Indonesia, face similar conditions.

The Guardian spoke with several of the brand’s workers at the PT Buma Apparel Industry factory, who told the publication that they are paid one of the lowest minimum wages in Asia—less than $6 a day—while at the same time being tasked with high production rates. (Low, legal minimum wages occur throughout the region, with Mongolia setting there’s to $3 a day and Bangladesh to $0.86 a day for tea-packaging workers.)

Workers complained they were not always paid overtime and even experienced instances of verbal abuse, alleging they have been called things like “animals, moron and monkey.”

Several workers also told the Guardian that they were fired from the factory just before Ramadan, the Muslim holy month that began at the end of May, and rehired a month later in what they believe was an effort to make them ineligible for a religious holiday bonus that is required by Indonesian law.

A spokesperson for the Ivanka Trump brand declined to give the Guardian comment on the Indonesian workers’ claims, as did the factory. But G-III Apparel, the group that oversees the Buma factory and many other sub-suppliers, told the outlet that it was “committed to legal compliance and ethical business practices in all of our operations worldwide” in response to this report.

The Ivanka Trump brand had no comment when approached by Fortune.