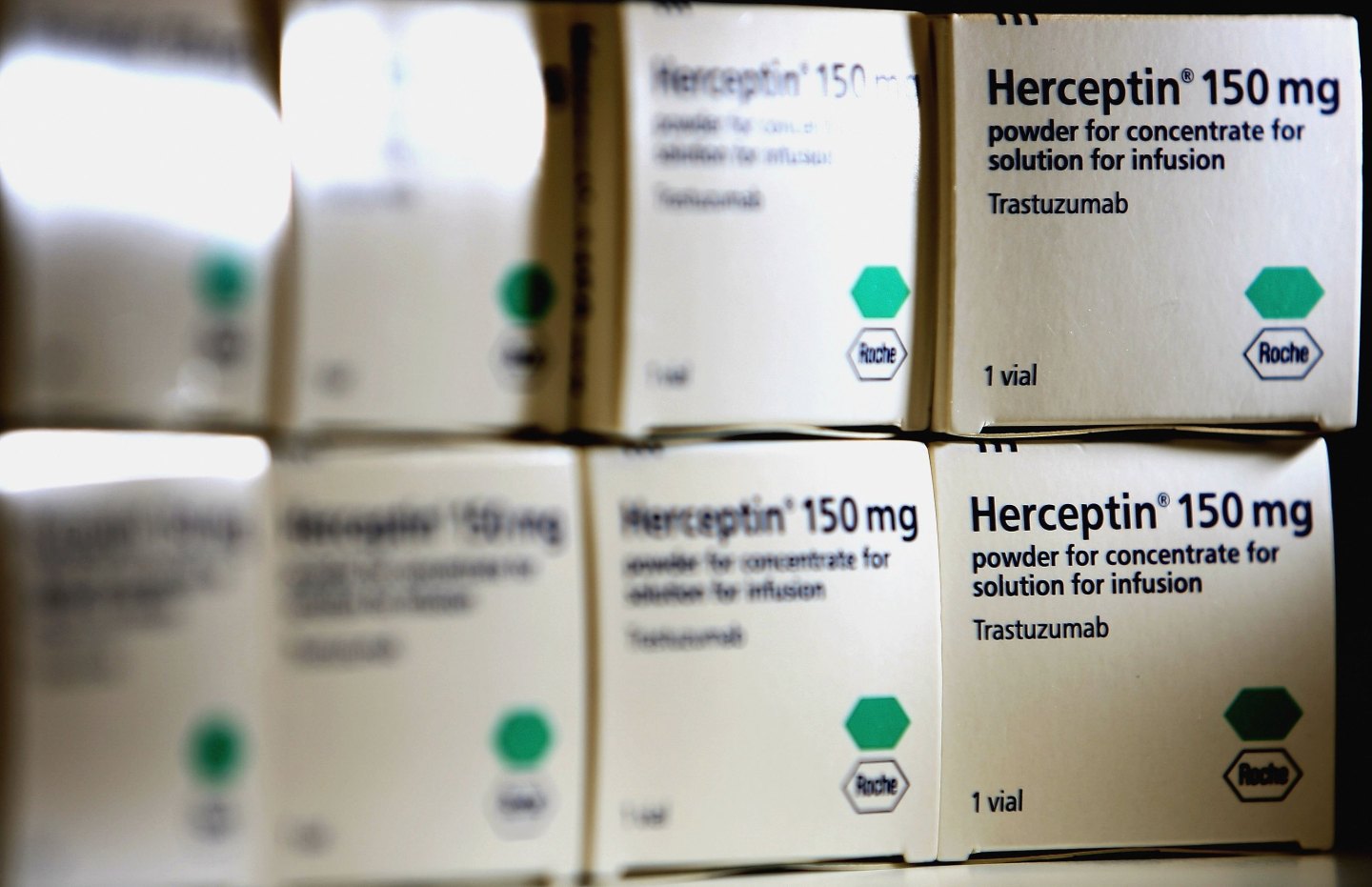 EDINBURGH, UNITED KINGDOM - JUNE 09: Stocks of the drug Herceptin are displayed in the satellite pharmacy at the Western General Hospital June 9, 2006 in Edinburgh, Scotland. The drug is to be made available on the NHS in Scotland for all women with early forms of breast cancer. (Photo by Jeff J Mitchell/Getty Images)
Photograph by Jeff J Mitchell—via Getty Images

In the cancer drug market and biotech at large, being simply “good” often isn’t enough.

That’s one lesson from Swiss pharma giant Roche’s near-5% stock slide in the U.S. early Monday. Shares of the company, which is valued at more than $225 billion, fell as much as 8% at one point.

The reason for the hit? The firm unveiled new clinical trial data for a combination of its cancer drugs at the ongoing 2017 American Society of Clinical Oncology (ASCO) meeting in Chicago—the world’s biggest cancer conference—that showed just a modest benefit in patients.

Roche has been testing out a cocktail of its flagship breast cancer drug Herceptin, which rakes in about $6.8 billion in yearly sales, with a newer treatment called Perjeta. The company was hoping that the combination would be powerful enough that doctors would switch patients taking Herceptin by itself over to the duo. That would be a boon to Roche because Herceptin has lost patent protection could be facing competition from a cheaper, generic copycat of the drug created by Mylan by the end of the year, potentially threatening its sales.

But the ASCO 2017 trial data could threaten that strategy. 94.1% of patients taking the Herceptin-Perjeta combination in a large clinical trial didn’t see their cancers return after three years; by comparison, 93.2% taking Herceptin alone didn’t have a recurrence. Considering that each treatment carries a nearly $70,000 per year list price, that one-point improvement may not persuade oncologists to prescribe the cocktail.

Still, Roche argues that any demonstrable improvement is a good thing for people with the most severe and advanced breast cancers. The trial results may also improve as more long-term data comes in.