Why Wall Street Is Betting on Ford’s New CEO 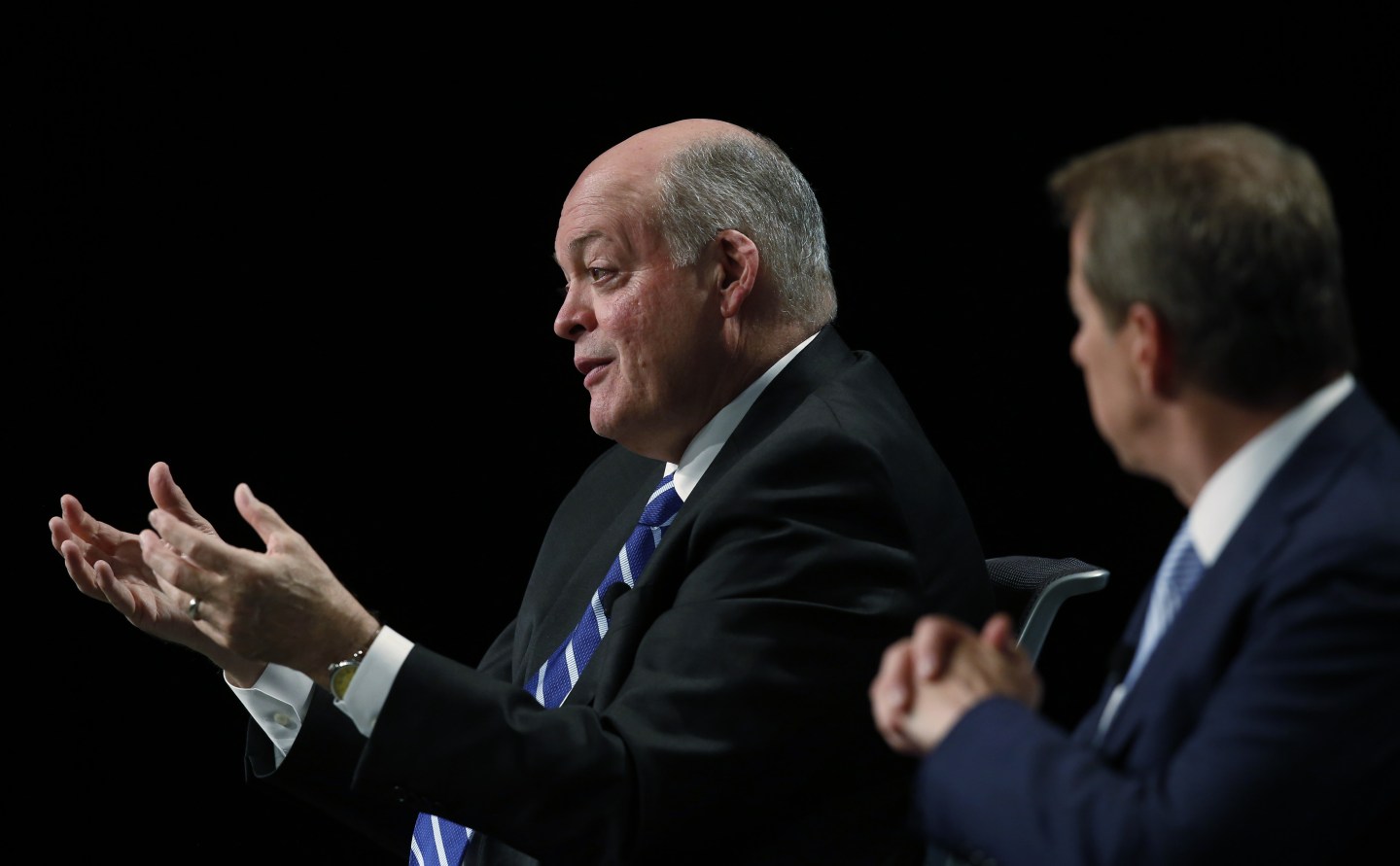 Departed Ford head Mark Fields—who was forced out this week after three years in charge—was faced with the difficult task of adapting new technologies while continuing to grow the iconic company’s vehicle business. Fields was pushing Ford in that direction, but Wall Street didn’t trust him to shepherd the transition. A 40% drop in share price over the last three years has spoken loud and clear.

New CEO Jim Hackett should have a much easier time convincing investors that Ford will be able to make the jump from a traditional car company to a more flexible and technologically advanced mobility company. The straight-talking executive knows how to entice Wall Street. He doesn’t shy away from tough decisions—in a previous role he cut thousands of jobs to bring down costs—and is expected to sort out Ford’s operational issues. Coming straight from the company’s mobility unit, he is the most plausible champion of a vision that promises mobility leadership. That he is not a “car guy” also helps in this regard.

Hackett also has a reputation of turning around ailing companies. As CEO of Steelcase, an office furniture maker in Michigan, he had to weather several downturns and sharp shifts in the industry. To help fix the company, Hackett enlisted sociologists and anthropologists to help his furniture designers better understand people’s working habits, according to the New York Times. At a time when cubicles were still the norm, Steelcase started to sell furniture aimed at open offices and enabled his customers to create a better environment for teamwork. These changes helped turn the ailing manufacturer into one of America’s most admired companies.

Another of Hackett’s high-profile fix-it jobs was as the University of Michigan’s interim athletic director, where he managed to hire former San Francisco 49ers coach Jim Harbaugh to head the college football team. Hackett undertook a mammoth effort to hire Harbaugh and restore confidence in the university’s football program—another taste of his perseverance.

At a news conference on Monday, Ford Executive Chairman William C. Ford Jr. recalled how he visited Silicon Valley last year and was impressed by how many executives knew Hackett well and saw him as an original thinker. If Hackett surrounds himself with the right mix of people, he can be a successful bridge builder between Ford’s mobility unit and legacy business.

Hackett’s leadership qualities will be in high demand internally. Outsiders usually have a hard time in the world of cars. But Alan Mulally, who is celebrated for keeping Ford out of bankruptcy during the financial crisis, was also an outsider. Right now, when everyone is nervous about Google, Tesla, and a long list of Silicon Valley startups, Hackett looks like a breath of fresh air.

Finally, it helps that Hackett has developed a plan to change both the structure and decision-makers at the helm of the company, including new heads of Ford’s global markets, global operations, and mobility divisions. This will enhance his ability to make quicker and more confident decisions.

Investors believe the car industry is ripe for disruption, which is why they are so high on companies like Tesla, Apple, and Google. But a step-by-step transition into the future is much more likely than an overnight disruption. That is what Ford and other manufacturers have been doing for a few years already, slowly introducing features like blind spot detection, adaptive cruise control, and lane departure warning. Hackett’s arrival is necessary to convince investors that this step-by-step transition makes more sense than diving headfirst into new technologies.

Christian Stadler is a professor of strategic management at Warwick Business School.