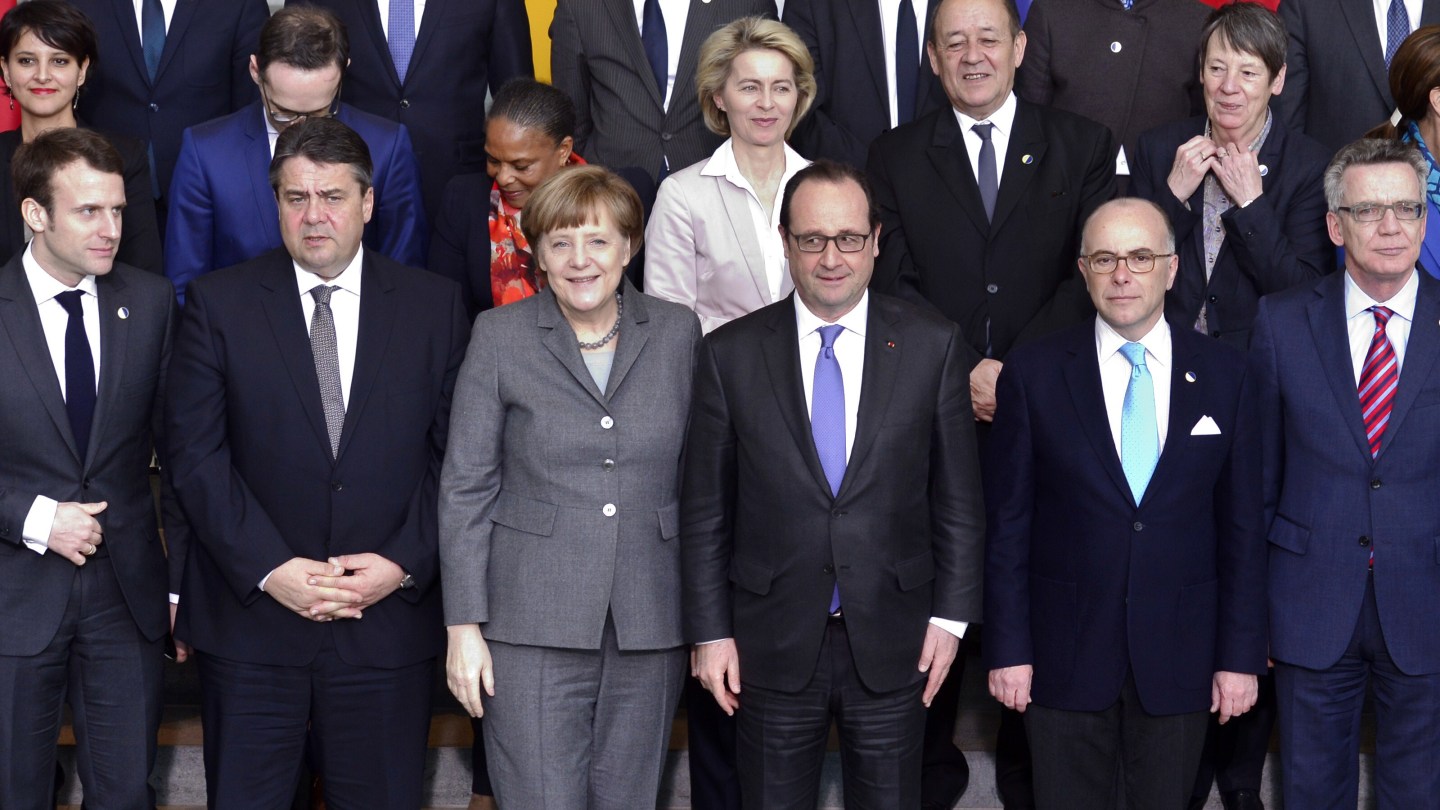 Of all the tasks facing Emmanuel Macron, persuading the French to reject Marine Le Pen as president in Sunday’s run-off was probably the easiest. The hard part comes now, as the realities of governing pile up.

The 39-year-old ex-investment banker now must somehow to build a stable majority in France’s lower house, the National Assembly, in a two-round election on June 11 and June 18. Macron has promised to be a president of “neither left nor right,” and the tactic worked like a charm in encouraging people to vote for him because of what he was not. Some 43% of those who voted for him on Sunday said they did so because he was not Marine Le Pen, according to polling firm Ipsos. On Monday, he was still hesitant to tip his hand, letting it be known that he wouldn’t choose a candidate for prime minister for another week. But after June 15, such evasiveness will be impossible. It will be clear whose support he depends on, and how high a price they can command for it.

“We expect those parties whose candidates fell short in the first round of the presidential campaign to push hard for parliamentary seats…in a bid to win influence,” said Uwe Zöllner, head of European equities at fund manager Franklin Templeton, said in a blog post.

While it’s possible that Macron’s own movement, En Marche (“On the move”) can be expected to win some seats, he may well have to depend on at least one of the mainstream parties of the center-right and center-left for a majority—maybe even both. While their leaders were happy to endorse him in his run-off against Le Pen, they will be much more reluctant to abandon their own machinery and principles and pledge allegiance to the upstart Boy Wonder now. Bruno Le Maire, a senior Républicain who dared to suggest cooperating with the former Socialist Economy Minister, was firmly slapped down Sunday by party heavyweight François Baroin.

The legislative elections run according to the same two-round principle as the presidential one. If no candidate emerges with an overall majority in the first round, the leading two in each district run off against each other. The formula works against fringe parties, because it’s easy for the mainstream to coalesce against them in the second round. But there were plenty of seats where Macron came in third in the presidential vote, and where En Marche may not even make the run-off in June.

The polling firm Opinionway reckons that En Marche could win anywhere between 249 and 286 seats of the 535 districts in metropolitan France that it surveyed (i.e., excluding 42 overseas territories and départements). Macron will need 289 for an absolute majority in the 577-seat Assembly.

Analysts say Macron will need a big majority if he is to push through what he has promised: radical reforms of the labor market, the public pension system and, as a result, the nation’s chronic budget deficit. Franklin Templeton reckons there will be “some stiff resistance from the unions, including some very noisy and visible national strikes,” similar to those that scuppered the new president’s labor reform bill when he was part of François Hollande’s administration in 2015. Every French president in living memory has come to power thinking they could tame the often violent protests of special interest groups against their reforms. Few have succeeded.

Macron will find it no easier to realize his goals abroad. His campaign manifesto promised to create a Eurozone Monetary Fund, complete with its own minister and budget. In March, he told Süddeutsche Zeitung, a German newspaper, that: “If the member states remain as unwilling as they have been to accept financial transfers within the monetary union, then we can forget the Euro and the Eurozone.”

But German chancellors and finance ministers have been batting away that argument for 25 years and are in no mood to change. Angela Merkel said Monday she had been “very pleased” with Macron’s “wonderful” election victory and his “brave, pro-European campaign.” But she herself faces re-election in September, and made it clear that if Macron wants France to regain its influence within Europe, it will first have to enact the reforms that Germany (and the Eurozone’s recent bailout recipients) did over the last 15 years.

“In the light of the situation we have in Germany, I don’t think we have to change our policies,” she said. “Rather, I would like to help France lower its unemployment rate and increase young people’s chances of finding jobs.”

In other words, both at home and abroad, there’s a big risk of a much-hyped election victory turning into “plus ça change, plus c’est la même chose.”