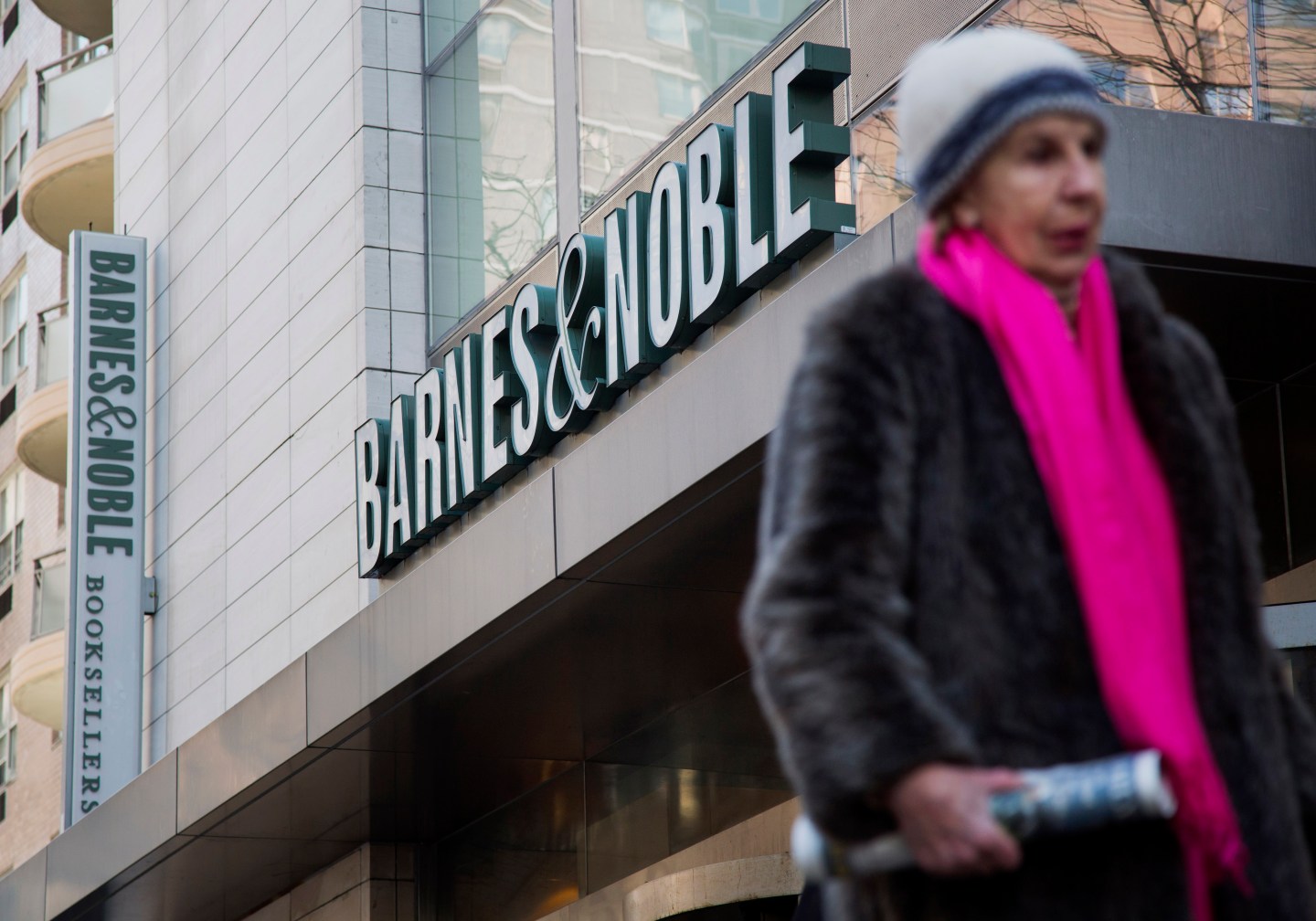 Barnes & Noble (BKS) has a new CEO, its fourth in the last four years.

The venerable but struggling bookstore chain said on Thursday it had named its operations chief of five months, Demos Parneros, to be its new chief executive.

The hiring comes eight months after Barnes & Noble ousted Ron Boire not even a year into his tenure, saying he was “not a good fit” in unusually direct language for a corporate release. The departure created new tumult at a bookstore chain trying to get back to growth and be ready for Amazon.com’s (AMZN) latest incursion on its turf with physical stores.

After Boire’s departure, chairman, and top shareholder Len Riggio took the reins and delayed his retirement. Barnes & Noble has since reported more weak results, including a poor holiday season, a performance on which Riggio partly pinned election-related angst. Whatever the merits of that claim, it was clear the retailer’s problems were also company specific.

Comparable sales fell 9.1% during the holiday, hurt by the absence of blockbuster items like a new Adele CD and coloring books that boosted the previous year’s numbers. But even stripping that out, comparable book sales fell at the chain even as they held steady industrywide.

Riggio, who bought the bookstore in 1971 and turned it into the national retailer it now is, telegraphed Parneros’ appointment last month, saying on a conference call he was the front runner to become CEO. Parneros, who before joining the bookseller, had headed office supply retailer Staples’ (SPLS) North American stores, will have his ends full.

Barnes & Noble said it would open four concept stores this year that would feature bars offering wine and beer, along with better food, in cafés twice the size of its usual food spots, all part of an effort to rejuvenate its retailing approach.

But such moves will not move the needle for a retailer with 634 stores anytime soon. What’s more, Amazon.com (AMZN) is opening a few physical bookstores in a new threat to Barnes & Noble, and independent bookstores of the kind it put out of business during its 1990’s boom, are coming back.

There have been bright spots for Barnes & Noble, including the success of educational games and toys. At the same time, its online sales have been hurt by a website it has had to overhaul a number of times, putting it leagues behind Amazon in e-commerce sales. And its Nook business, for a while a contender to Amazon’s Kindle, has proven to be a big drain on its resources over the years.

While Parneros has essentially no experience in bookselling, he at least knows what it’s like to fight Amazon: though he helped build up Staples’ large fleet of stores—which have been trimmed due to evaporating business— he oversaw online sales, which have boomed at Staples.
And he’ll have Riggio, who is staying on as chairman, nearby to advise him, surely keen to have him succeed and not to have to look for yet another new CEO.